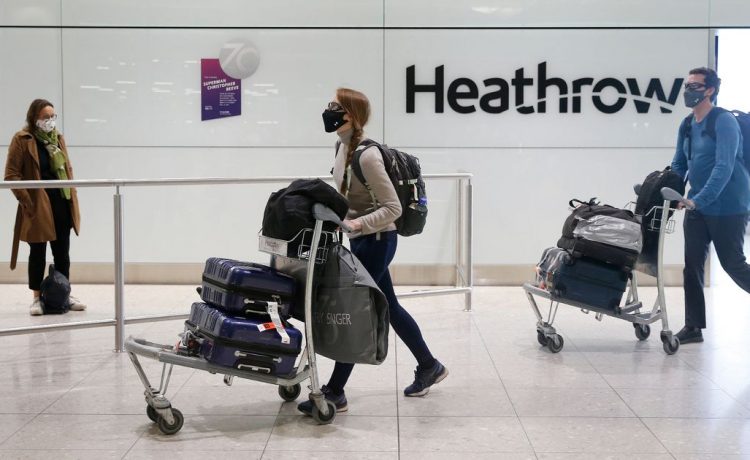 The government has not signed a single travel quarantine contract with hotel firms – less than a week before the policy launches.

Brits returning from 33 “red list” countries with new Covid variants must isolate for 10 days in guarded hotels from February 15.

But ministers are accused of dragging their feet after the launch date was set three weeks after the policy was first announced.

Now Downing Street has admitted the government is yet to sign a single contract with hotel firms ahead of its launch.

Boris Johnson’s official spokesman told journalists on Monday lunchtime: “The Department of Health issued a commercial specification to hotels near ports and airports.

“This asked for proposals on how they could deliver managed quarantine facilities.

“No formal contracts have been awarded yet.”

No10 would not confirm whether Brits will be able to opt for “luxury” quarantine for a higher price, or whether they will have any choice about where they can stay.

However, these issues are expected to be set out in more detail later this week.

“It remains the case that the Department of Health continue to work closely with hotels as we move forward to introduce the policy from February 15,” the PM’s spokesman said.

“You can expect further updates on this this week.”

Despite time ticking, the PM’s spokesman claimed the policy can launch in time.

He said: “We are working closely with hotels and other accommodation providers near ports and airports”.

But he later refused to say what those “other accommodation providers” might be and insisted the focus was on hotels.

Travellers staying at quarantine hotels will be asked to pay around £80 per night, an industry source told the BBC last week.

The Daily Telegraph said it had seen documents showing that an estimated 1,425 passengers will need to be accommodated each day, mostly near Heathrow.

They will be required to take a coronavirus test on the second and eighth days of their stay, with a negative result needed in order for them to leave, according to the report.

The Government will pay around £55 million up front and try to recoup the money from passengers, the paper said.

It’s thought those in quarantine will be served three meals a day in their rooms, with hot and cold options – while tea, coffee, fruit and water will be available.

The hotels would also have to work with government-approved security staff, according to documents seen by the BBC.

Going on holiday from England is already banned under lockdown rules, which say people cannot spent the night away from their home without a reasonable excuse.

The No10 spokesman said: “We’re still asking people to stay at home and not travel unless it’s absolutely essential, so people shouldn’t be going on holidays or traveling for any reason that isn’t essential.”

Yet it emerged yesterday that quarantine would only apply to 29 out of 41 countries with proven cases of the South African variant.

Shadow Home Secretary Nick Thomas-Symonds said: “These revelations expose the fact that – as Labour warned – the UK Government’s quarantine measures will continue to leave us completely exposed to emerging strains of the virus.

“Not only are the measures far too slow to begin – 50 days after the South African strain emerged – they are also dangerously inadequate. Tory incompetence is dangerous.”

Asked if there had been any increase in arrivals, or people trying to get home early to beat quarantine, the PM’s official spokesman replied: “Not that I’ve seen”.

Travel from these countries for non-Brits is already banned. British and Irish Nationals, or third country nationals with residence rights in the UK will be able to enter the UK. They must self-isolate for 10 days on arrival and from February 15 this will need to be in guarded hotels.