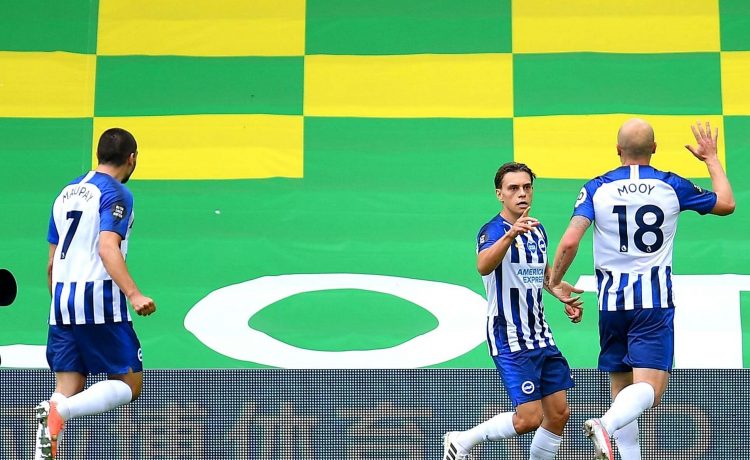 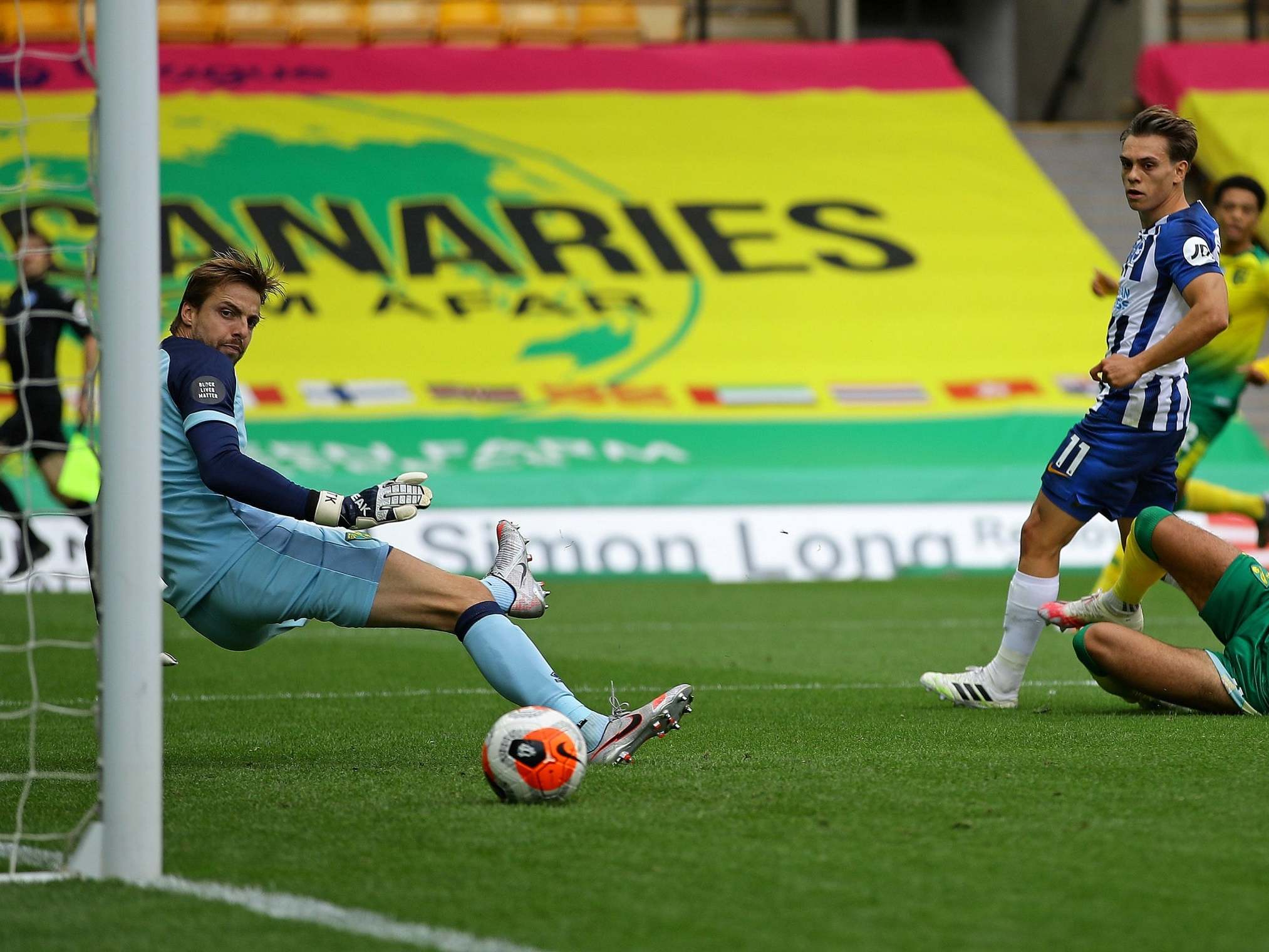 Daniel Farke’s gamble to drop Todd Cantwell and Teemu Pukki to the bench backfired as Norwich suffered a 1-0 defeat at home to Brighton.

It was another nail in the coffin of the Canaries’ survival hopes, with Leandro Trossard’s fourth goal of the Premier League campaign leaving the hosts seven points adrift of safety with five games to play.

Last season’s Sky Bet Championship winners introduced Pukki and Cantwell with 23 minutes left, but they could not turn things around as Norwich suffered a fifth successive loss since football resumed.

Graham Potter watched Brighton complete the double over their opponents with an assured display to move on to 36 points – the same total they achieved in the 2018-19 campaign – with five games to go.

After Aaron Connolly fizzed an effort over from Aaron Mooy’s free-kick for the Seagulls in the third minute, it was Norwich who took control.

But with chief creator Cantwell and top goalscorer Pukki left on the bench, the Canaries were not able to turn their early possession into clear-cut chances at Carrow Road.

Onel Hernandez – one of four changes made by Farke after Wednesday’s 4-0 loss at Arsenal – was the hosts’ most threatening player in the first half and he sliced wide after Emiliano Buendia’s pass in the 19th minute.

The first drinks break of the afternoon occurred shortly after and the visitors soon went ahead when play restarted.

Norwich centre-back Timm Klose gave possession away in midfield and Brighton broke at pace with Neal Maupay playing in Mooy down the right, and he produced a fine cross into the area where Trossard stroked home from seven yards.

Seagulls manager Potter would have been delighted with the 25th-minute breakthrough, but opposite number Farke will no doubt have been frustrated at another avoidable goal conceded by his side.

Brighton goalkeeper Mat Ryan was able to comfortably hold Hernandez’s latest effort at the end of the half, after Yves Bissouma took some sting out of the initial shot.

It was almost 2-0 in the 50th minute when Mooy’s free-kick from the left found Dan Burn and he diverted an effort just wide off his back.

Norwich responded five minutes later but Buendia’s volley was blocked before left-back Jamal Lewis produced a wonderful ball into the area, which no one could get on to. Josip Drmic’s final involvement was a side-footed effort from range that Ryan dealt with easily before the cavalry arrived for the hosts.

Farke brought on Pukki and Cantwell in the 67th minute, with young forward Adam Idah also introduced. It was the latter who went closest out of the trio, but his deft header from Kenny McLean’s free-kick in the third minute of stoppage time hit the inside of a post and was cleared.

Brighton were able to see out the final exchanges and there were big cheers from the visiting bench at full-time with another season of top flight football essentially secured.