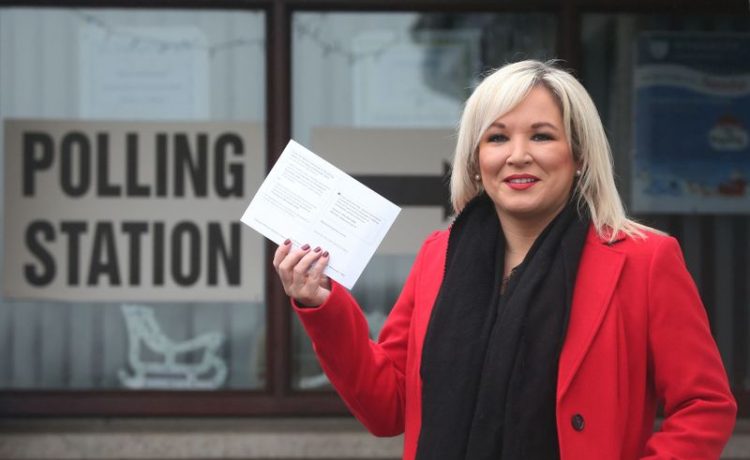 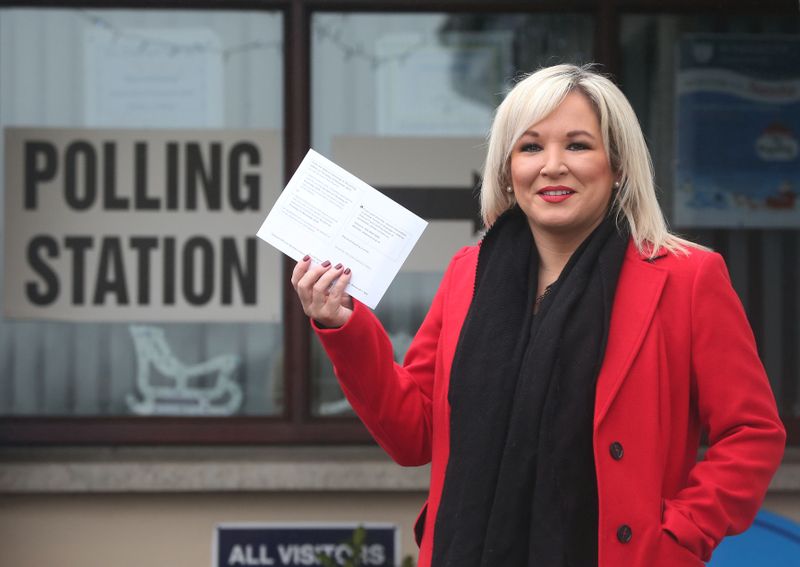 BELFAST (Reuters) – Northern Ireland’s Democratic Unionist Party (DUP) has called on the region’s deputy first minister, of government partner Sinn Fein, to step aside pending a probe into her attendance at a large funeral of a party member, a spokesman said on Thursday.

Northern Ireland First Minister Arlene Foster of the DUP asked Sinn Fein’s Michelle O’Neill to apologise on Monday for undermining coronavirus restrictions drawn up by the parties by attending. O’Neill said her actions were in line with public health advice.

Northern Ireland’s power-sharing government was restored in January after a three-year standoff between Sinn Fein and the DUP that threatened the future of the regional assembly formed as party of a 1998 peace agreement.