A North Carolina teenager has died after she contracted the flu and it developed into sepsis.

In late December, 15-year-old Lacie Rian Fisher, of Pisgah, had not had an appetite and had been feeling achy for a few days.

At first, her father, Keith, assumed she had a stomach bug but, after no signs of improvement, he decided to take her to her pediatrician’s office on December 30.

Not long after they arrived, Lacie collapsed to the ground and never regained consciousness, reported the Asheville Citizen-Times.

Doctors at Memorial Campus of Mission Hospital later determined that the untreated flu had triggered sepsis, which caused life-threatening inflammation throughout the body, resulting in organ failure and death. 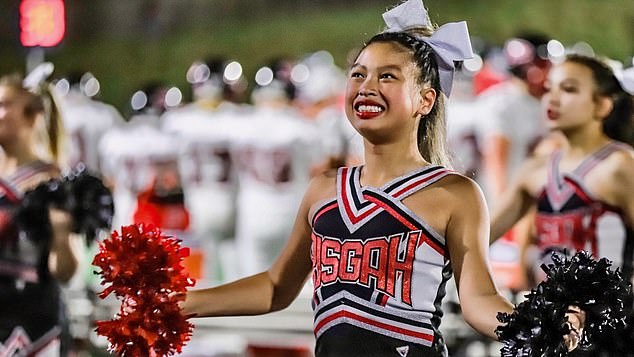 Lacie Rian Fisher, 15 (pictured), of Pisgah, North Carolina died after she contracted the flu and it developed into sepsis 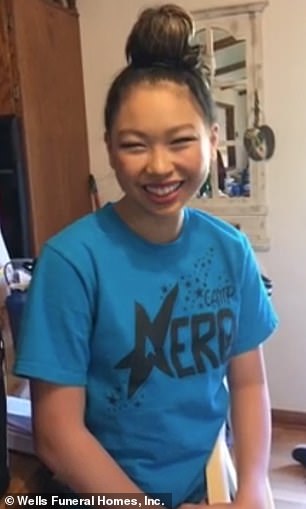 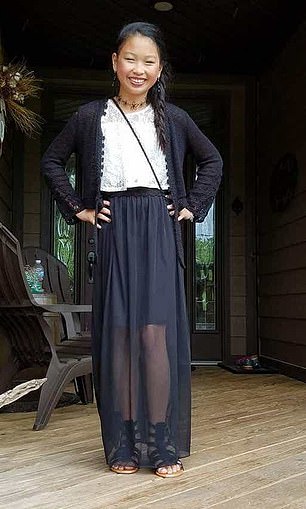 Lacie’s parents took her to her pediatrician twice in November, but the flu shot wasn’t administered because of a rash on her body. Her parents never took her back in December to get the vaccine. Pictured, left and right: Lacie

Lacie’s parents, who are divorced, told the Citizen-Times they believe in flu shots, but that they never got around to it this year.

Her father, Keith, said he took his daughter to her doctor’s office twice in November, but the vaccine wasn’t administered due to a rash on her body.

‘I just didn’t get her back to get a shot in December after she got better,’ Keith told the newspaper.

‘I’m certainly wondering…if it wouldn’t have helped her. I wished I would have gotten it for her.’

On Lacie’s death certificate, septic shock is listed as the immediate cause of death, with influenza B as an underlying cause, according to the Citizen-Times.

Figures from the Centers for Disease Control and Prevention show that about 4,800 people have died from the flu in the 2019-20 flu season.

Pediatric deaths are double what they were at this time last year, 32 – not counting Lacie’s death – as of Monday compared to 16 in mid-January 2019.

The B/Victoria strain has been responsible for at least 21 of the 32 deaths.

Dr Anthony Fauci, director of the National Institute of Allergy and Infectious Diseases, told DailyMail.com in a recent interview there is a mismatch when it comes to the vaccine and the B/Victoria strain.

He explained there is a 58 percent match for the B/Victoria strain, meaning a 58 percent chance the flu shot is matched to protect you from getting sick. 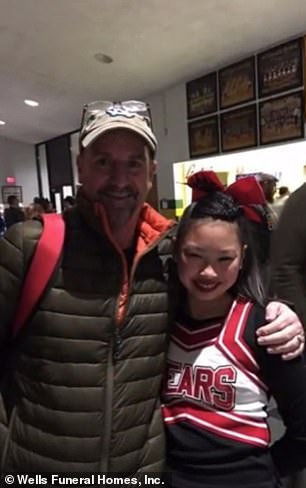 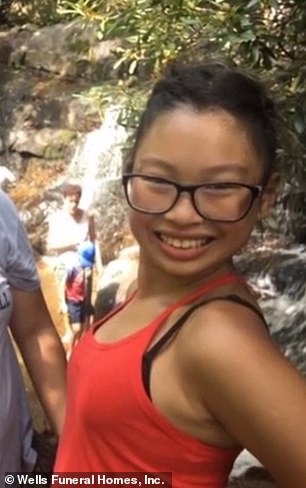 Lacie began feeling achy and not having an appetite and late December, but her father assumed it was a stomach bug. After not seeing improvement, he decided to take her to her pediatrician’s office. Pictured: Lacie with her dad, left, and right 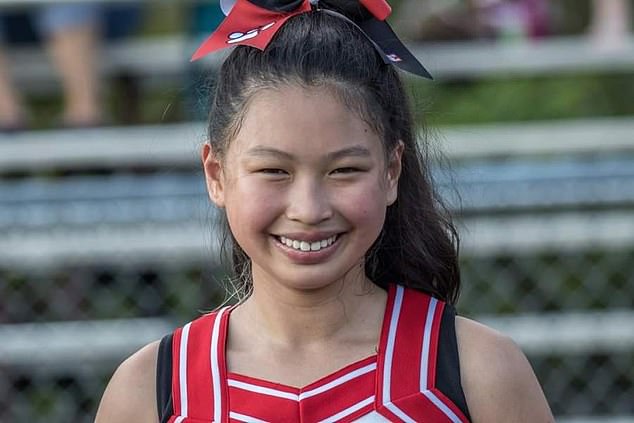 Lacie (pictured) collapsed outside of her pediatrician’s office on December 30 and was rushed to the hospital, but never regained consciousness

‘It doesn’t mean it’s ineffective, but not as effective as it would be if it was 100 percent matched,’ he said.

But it does mean that, even if you get sick, it can prevent complications, such as sepsis, from developing.

Sepsis is a life-threatening condition in which chemicals that the immune system releases into the bloodstream to fight an infection cause inflammation throughout the entire body instead.

Many doctors view sepsis in three stages progressing from sepsis to severe sepsis   and finally septic shock, a dramatic drop in blood pressure that stops blood flow to the organs and can result in death.

Lacie’s mother, Rosalind Fisher Payne, said all of her daughter’s organs shut down.

‘It was affecting her heart, her liver…every part of her body, every organ,’ she said.

Lacie’s parents say she was a straight-A student who was a cheerleader and in her high school’s band. 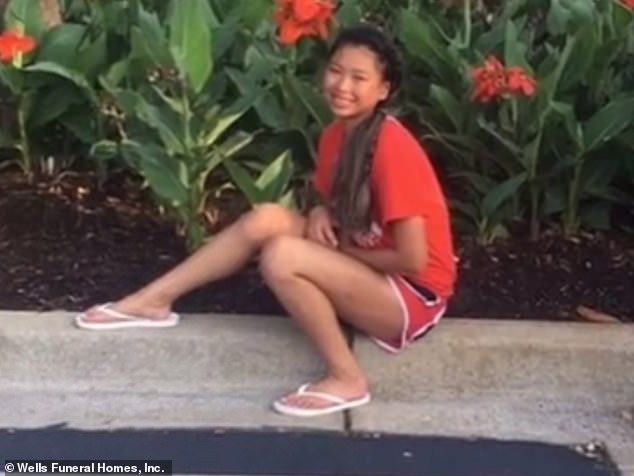 The immediate cause of death on her death certificate was listed as septic shock with influenza B being the underlying cause of death. Pictured: Lacie 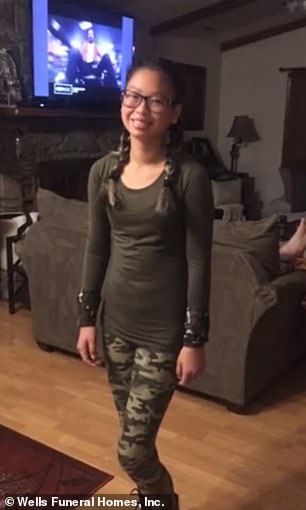 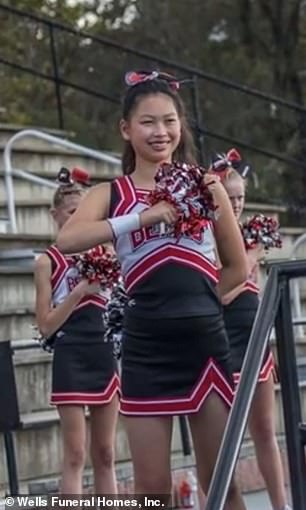 Influenza B has been the strain responsible for the majority of pediatric illnesses and deaths this flu season. Fisher’s parents hope to persuade other parents to vaccinate their children. Pictured, left and right: Lacie

Earlier this month, hundreds of students at Pisgah High School wore pink, which was Lacie’s favorite color, in her memory.

‘Lacie was just the biggest ball of light that you’ve ever seen,’ Morgan Hill, a fellow cheerleader, told the Haywood County Mountaineer.

‘If you were having a bad day, she would just go out of her way to make you happy. And she was always there to support and care about everyone. She was just one of the greatest people you’d ever meet.’

Her mother and father both say that they hope Lacie’s story is a cautionary tale for any parents hesitating about getting their child vaccinated.

‘I know that there’s people out there that’s afraid to get the flu shot,’ Payne told the Citizen-Times.

‘If there’s just some way that I can get people to realize because of Lacie – get that shot. People just don’t understand how bad it is. No, it’s not just a cold, or a not-feel-good for a couple of days. I mean, this happened in hours.’

30,000 kidney dialysis patients to benefit from no-scar operation…thanks to micro magnets in veins

Tips to cure insomnia if you struggle to sleep during lockdown