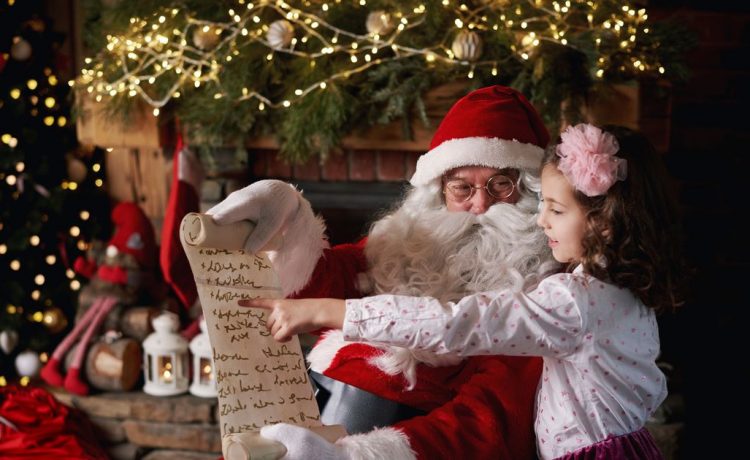 Father Christmas won’t have to wear a mask in grottos this festive season – but children won’t be allowed to sit on his knee.

It comes after the government confirmed Santa’s grottos would be allowed to open during Covid-19 tier restrictions.

New guidance, to take effect from Thursday, says kids will be able to meet Father Christmas, even in Tier 3 – as long as the grotto is within a venue which is already permitted to open.

It means grottos will be allowed to open if they are in shops, garden centres and department stores in all tiers, because non-essential retail is permitted.

But indoor attractions at largely outdoor tourist attractions will not be allowed in Tier 3.

The Mirror has asked Number 10 to clarify this guidance and will update this story when they have done so.

The Prime Minister’s official spokesman confirmed it will not be mandatory for Santa to wear a mask during the holiday encounters.

But he said children will not be allowed to sit on St Nick’s knee.

This would seem to rule out the traditional grotto set up of a youngster sitting on Santa’s knee and whispering their Christmas wishes in his ear – to be replaced, presumably, by toddlers yelling them at St Nick from the other side of the room.