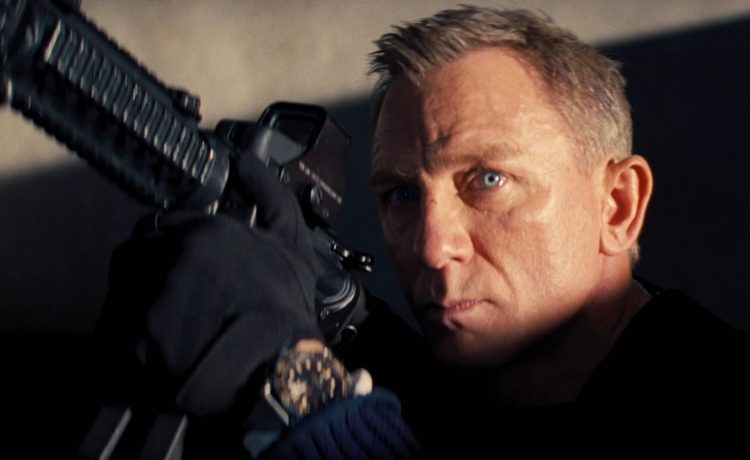 Watch: No Time To Die trailer

No Time To Die, the long awaited 25th Bond movie, could be coming out earlier than planned.

According to the Film Distributor’s Association, the movie is now set for release on 30 September, a week sooner than the previously announced 8 October slot.

Yahoo Movies UK has contacted Universal Pictures, the UK distributor for the movie, for clarification.

The film, Daniel Craig’s last as 007, has been hugely delayed and has suffered serious setbacks since development began all the way back in 2016.

After the likes of Christopher Nolan, Denis Villeneuve and Yann Demange were all linked to the project, Danny Boyle signed up to direct in February of 2018.

However, by the summer, Boyle and his long-time writing partner John Hodge had quit the movie, following creative differences with producers Eon, meaning the release was delayed from November, 2019, to April, 2020.

True Detective and Beasts of No Nation director Cary Fukunaga then came on board in September, 2018, with writers including Paul Haggis, Scott Z. Burns and Fleabag creator Phoebe Waller-Bridge coming in to re-work the script.

Read More: 16 actors who could be the next James Bond after ‘No Time to Die’

Mr. Robot star Rami Malek was confirmed as the movie’s villain, Safin, as production began in April of 2019.

However, later that month Craig injured his ankle on set in Jamaica, requiring surgery, while further delays occurred following a small explosion at the 007 stage at Pinewood Studios.

After shoots in Norway, Italy, Jamaica and London, production eventually wrapped in October, 2019, with promotion then set for April, 2020.

However, as the coronavirus pandemic began to grip the world, promotional duties were cancelled and the movie’s release was shifted to 12 November, 2020.

Slideshow: The Top 5 007 films of our experts in pictures

When that date became increasingly unlikely, it was moved again to 2 April, 2021, with the final delay – to 8 October – being announced last month.

Yahoo Movies UK will update with further news when we have it.