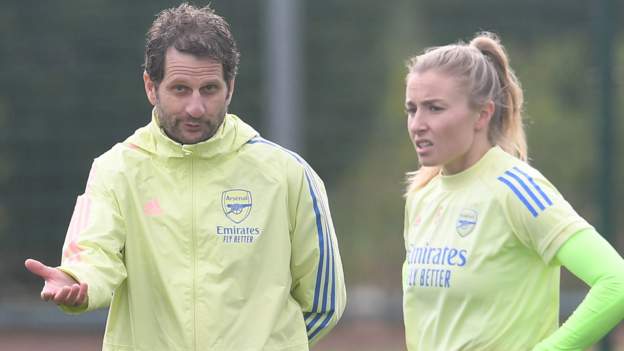 Arsenal women’s boss Joe Montemurro says there can be “no more excuses” over concussion substitutions.

“We need to solve this as soon as possible,” said Montemurro.

“We have got other sports that are showing how it can be done. It’s an area where we just cannot play any games.”

Arsenal defender David Luiz played on with blood seeping from his head bandage during last Sunday’s Premier League defeat by Wolves after clashing heads with striker Raul Jimenez, who has since had surgery on a fractured skull.

Luiz continued for about 40 minutes, before he was substituted at half-time. Arsenal said protocols were followed regarding the decision.

The new rule proposed in the men’s game will allow permanent substitutions to be made if a player suffers a head injury, even if all replacements have already been used.

“I think we have enough data, enough examples and enough detailed scenarios where we can make some changes now,” said Australian Montemurro.

“I believe the player should go off and there should be another one coming on and they should be checked thoroughly.

“Do the right checking – whether that takes 15 minutes, half an hour, 40 minutes – to make sure everything is done.

“I think they need to be taken off the pitch, thoroughly examined in a room and then the all-clear is given when we know exactly what is going on.

“The pressure of the situation and the game, the pressure the medical staff are under from coaches to get them back on and so on – we cannot take those risks. The player must go off.”

The former England defender says she has not been approached but would be “more than happy” to take part in research relating to head injuries and hopes any changes would “just transfer across automatically” into the women’s game.

“We have to always keep safety at the forefront whenever we make a decision,” said Stoney.

“I think anything that makes you able to make an informed decision would be a good thing, if it means you can take the player off and assess them properly.”

According to The Times, a leading researcher into sport-related brain injuries believes female footballers could be at even greater risk of dementia due to concussion.

Stoney, when asked if she was worried about her own health after a successful 19-year playing career, said: “You can’t ignore it, you have to think about it, and I’ve got three children as well.”

Former England head coach Powell said the “priority is the person” but believes the implementation of concussion substitutions “would change the game in the future”.

She added: “Everything should be done to take care of the wellbeing of the player. What that looks like going forward, I have no idea. How that changes the game, I have no idea. Whatever they need to do to safeguard the player is fine by me.” 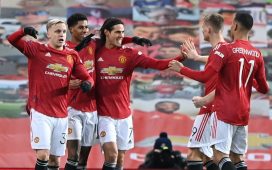 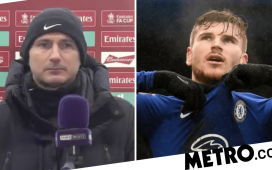