PEOPLE who are afraid of needles are putting their fears to one side in order to have the coronavirus vaccine, new research has revealed.

Millions of Brits have now had a first and second dose of their vaccine and even those afraid of the jab have turned up to get vaccinated.

A survey of 2,000 UK adults revealed 36 per cent have experienced some form of Trypanophobia.

This is the medical term for people who are afraid of medical procedures or are scared of needles.

Despite their worries, 91 per cent have either braved it and had the vaccine or are preparing to have the jab to fight back against the disease.

The research was carried out by private Covid testing company Medicspot as thousands of youngsters answered calls to get vaccinated at Twickenham rugby stadium on Bank Holiday Monday.

A number of ‘anti-vaxxers’ tried to put them off having the Pfizer jab, but their calls were met with a short shrift from the enthusiastic crowd.

Today it was revealed that 75 per cent of Brits have now had a first dose of their jab.

A total of 39,585,665 first doses have now been delivered since the vaccination roll-out began almost six months ago.

This is the equivalent of 75.2 per cent of all people aged 18 and over.

In a speech today, Health Secretary Matt Hancock said vaccine confidence in the UK has been “sky high”.

The survey from Medicspot found that 76 per cent have had their first jab, 15 per cent haven’t but will when they get invited. Just seven per cent said they didn’t want the vaccine.

However, 77 per cent are concerned about misinformation being spread about the vaccine online.

A spokesperson for Medicspot, which provides private Covid tests for travel said: “The fight against Covid is a global fight and it is encouraging to see such little vaccine hesitancy amongst the UK public.

“It’s no fun being scared of needles but so many people have put aside their worries to be vaccinated and their courage should be applauded.

“It was fantastic to see thousands of young people queueing in the hot weather on a Bank Holiday to get their vaccine. The UK’s world-leading vaccination campaign and uptake is something to be very proud of.”

The study also found 88 per cent of those polled think the vaccination rollout has been a success, with 93 per cent saying they’re pleased they’ve had the jab.

And three quarters (78 per cent) are looking forward to enjoying summer when restrictions are planned to be eased.

However, there are potential tensions which could be on their way.

The survey, carried out by OnePoll for Medicspot, found that 74 per cent are worried the people who haven’t had the vaccine will force the government to introduce more restrictions.

Two thirds (63 per cent) are concerned vaccinated members of the public will become frustrated with those who have turned down the vaccine if the government introduces new restrictions.

Covid ‘epicentre’ emerges in North – is YOUR area on the variant hotspot list?

And seven in 10 say those who are eligible to be vaccinated but haven’t, shouldn’t be allowed in the UK.

To encourage take-up amongst the more sceptical members of the public, 41 per cent think the government should be giving vaccinations in pubs, while 20 per cent feel those with concerns should be paid to have the vaccine.

A spokesperson for Medicspot added: “The vaccines are safe and the vast majority of people think they are the way back to a normal life.

“It looks like it’s a race between the vaccines and the variants, so it’s vital we continue to follow official advice and get the jab when the opportunity arises.”

Boris Johnson hails ‘phenomenal achievement’ as three in four Brits have had first jab
READ  Sage expert: Opening schools all at once could push R rate above 1 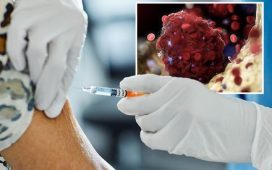 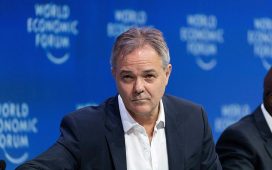 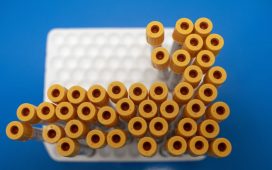 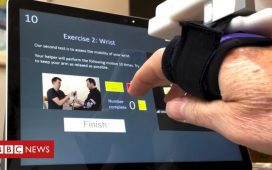 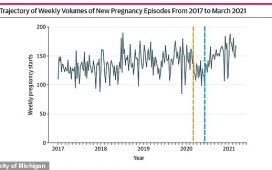