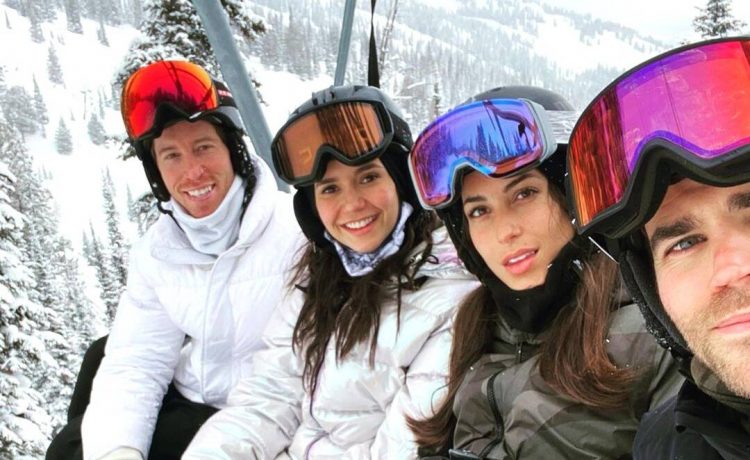 Of course, there was no one better to show the reunited co-stars the ropes than the professional snowboarder.

In one pic, Paul and Shaun posed side-by-side on their boards as they sized each other up. The actor caught Shaun in action and shared a now-deleted video on his Insta Story, captioning it “Lessons w @shaunwhite.”

He later revealed the chilly balcony view from his room at the Four Seasons Jackson Hole to top off a perfect Sunday.

Paul has confessed that he and Nina weren’t the best of friends on set, but have since become good pals. “We totally clashed [the] first couple years in terms of just getting on each other’s nerves, and then developed this wonderful friendship,” he told reporters in 2019. “So it’s like this nice, happy ending.”

They gave fans a look at their hilarious banter last year, when they joked that Justin Bieber would be their love child.

READ  Happy Birthday, Kristin Cavallari! Celebrate With a Look Back At Her Best Bikini Moments
Share on FacebookShare on TwitterShare on PinterestShare on Reddit
newsgrooveFebruary 8, 2021