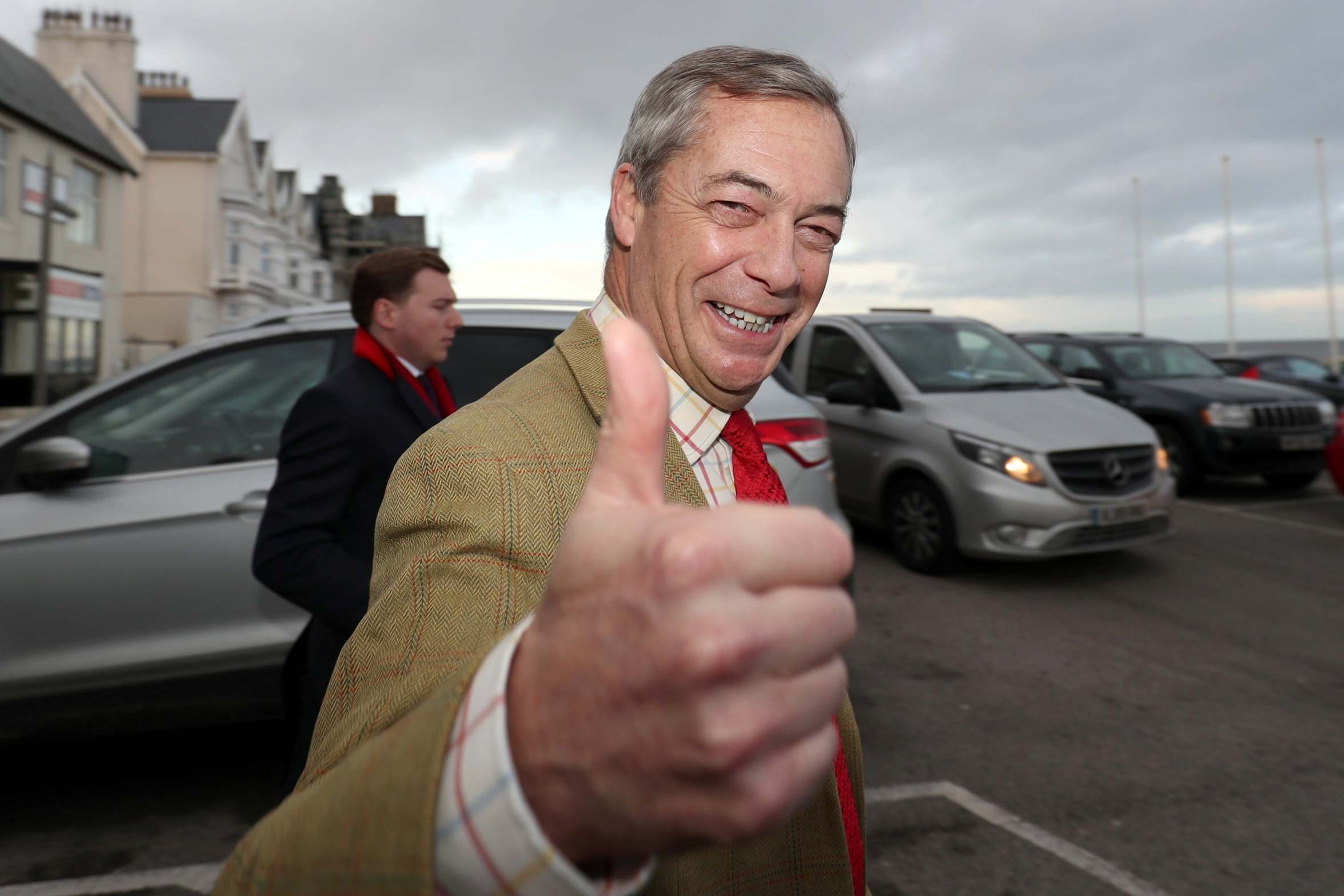 Nigel Farage has released a New Year’s message in which he boasts of “crushed Remoaners” and takes credit for Boris Johnson’s election victory.

The Brexit Party leader and his chairman Richard Tice penned a joint letter thanking supporters for their “incredible efforts”, saying “don’t let anyone tell you that we have not succeeded in our main goals.”

Despite failing to secure a single seat in December’s poll, the pair said there is “much to celebrate”, and that they are “now assessing thoughts and ideas as to what our next steps might be”.

The message, shared on the Brexit Party Twitter page reads: “We do hope you have had a very good festive season with family and friends. Hopefully you have also been able to get some rest after a manic election period.”

It continues: “Once again a huge thanks for the incredible efforts of so many people during this period.

“There is much to celebrate: we are going to leave the EU on 31st January!

“The Remoaners are crushed and most of the Brexit blockers in parliament are now gone.

“Remember this is thanks to The Brexit Party. Without us, Boris would not have become PM.

“The Conservative Party knew that to win, they had to copy many of our policies and ideas.

“We put country before party or person. History will clearly show this. Standing down in over 300 seats effectively guaranteed a Boris majority, the only question was its size.

“Don’t let anyone tell you that we have not succeeded in our main goals.

“We have changed politics for good in many ways since launching under 9 months ago. We are now assessing thoughts and ideas as to what our next steps might be.

“This does not need to be rushed, tempting though it is.”

The letter follows weeks of speculation over the party’s future after its election failings.

Mr Farage insisted the party would survive, but would need to undergo a New Year’s revamp, including a post-Brexit name change.

He said of his party last week: “It will have to reform into the Reform Party, it’ll have to campaign to change politics for good, get rid of the House of Lords, change the voting system, so much to do.”