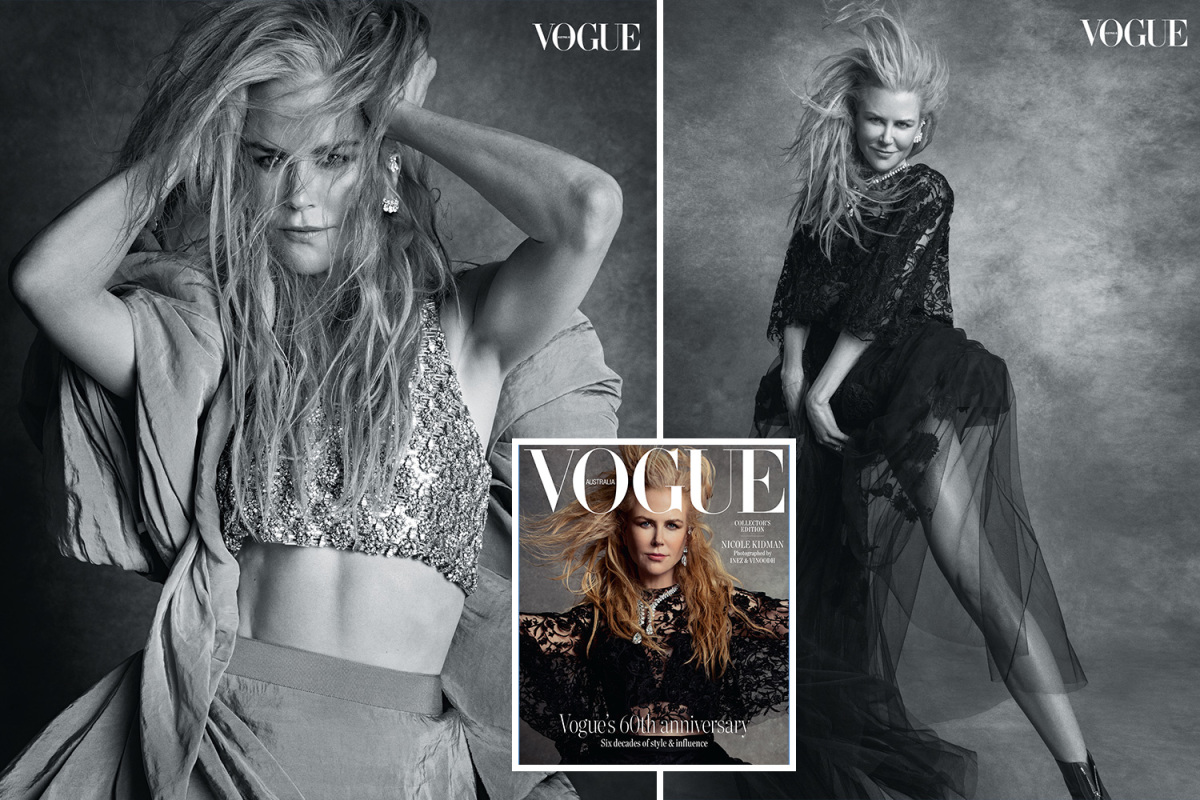 IT’S Nicole Kid-mane as the star plays with her tousled hair for a photoshoot.

The Big Little Lies actress also showed off her toned torso at the age of 52 for the new edition of Vogue Australia, which is marking its 60th anniversary.

Nicole Scherzinger, 41, shows off incredible abs as she parties with Thom Evans

Nicole, who had a Christmas No1 with Robbie Williams in 2001, recently hinted at a return to music.

She posted an Instagram clip from a Hollywood recording studio.