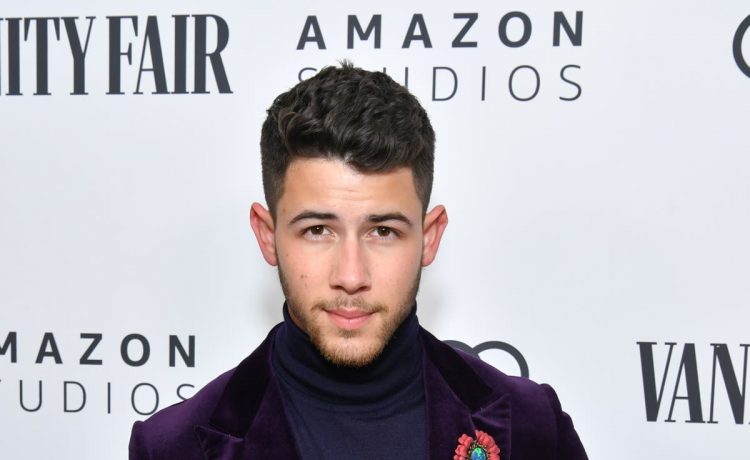 The singer will sing his new single “Spaceman”, released this Thursday (25 February).

This isn’t Jonas’s first time in the SNL studio: he was featured as a solo musical guest in a 2016 episode hosted by Julia Louis-Dreyfus.

Jonas shared a video on social media on Monday announcing he had arrived in New York City ahead of the show. On Wednesday, SNL’s Twitter account shared a photo of the singer in rehearsal for the broadcast.

Here is everything you need to know about Nick Jonas, this week’s SNL host:

1. He’s found success both as a member of the Jonas Brothers and as a solo artist

Jonas first rose to fame along with his siblings Kevin Jonas and Joe Jonas. Their pop rock trio, the Jonas Brothers, gained popularity starting in the mid-2000s. They released four albums between 2006 and 2009, and returned for a fifth one, Happiness Begins, in 2019.

Nick Jonas, now 28, has released four solo albums. The first one, Nicholas Jonas, came out in 2005 and pre-dated his Jonas Brothers fame.

Jonas began revisiting solo work in 2014, when he released the album Nick Jonas. It was followed in 2016 by Last Year Was Complicated.

His fourth solo album, Spaceman, is scheduled for release on 12 March 2021. The titular single has been unveiled ahead of Jonas’s appearance on SNL.

Jonas joined the talent show for its 18th season in early 2020, acting as a coach alongside Kelly Clarkson, John Legend, and Blake Shelton.

He will return for the programme’s 20th season, set to begin on 1 March 2021. Gwen Stefani was featured in lieu of Jonas on season 19, having previously appeared on season 17.

Throughout his career, Jonas has scored a string of acting credits both in films and on television.

He appeared in the 2000s in several Disney properties such as Hannah Montana, Camp Rock, and Jonas. More recently, he was featured in Hawaii Five-0, Scream Queens, and Dash & Lily.

Film-wise, Jonas will star alongside Laurence Fishburne in The Blacksmith, an upcoming action thriller by Taken director Pierre Morel. His other credits include the upcoming science-fiction film Chaos Walking starring Tom Holland and Daisy Ridley, as well as the 2019 Jumanji: The Next Level.

Jonas became engaged to actor and singer Priyanka Chopra in 2018 and tied the knot later that year.

In an interview with Vogue India in September 2019, Chopra said that “buying a home and having a baby are on my to-do list”. The pair have reportedly since bought a home in Los Angeles.

5. He has worked as an advocate for people with diabetes

Jonas was diagnosed with type one diabetes at the age of 13. He has spoken openly about managing the condition, acting as an advocate for others who share the diagnosis.

In November 2018, he shared an Instagram post marking 13 years since he was first diagnosed, sharing side-by-side photos of himself then and now.

“The picture on the left is me a few weeks after my diagnosis. Barely 100 pounds after having lost so much weight from my blood sugar being so high before going to the doctor where I would find out I was diabetic,” he wrote. “On the right is me now. Happy and healthy. Prioritizing my physical health, working out and eating healthy and keeping my blood sugar in check. I have full control of my day to day life with this disease, and I’m so grateful to my family and loved ones who have helped me every step of the way.”

In 2015, Jonas co-founded Beyond Type 1, a nonprofit organisation aiming to improve the lives of people with diabetes.