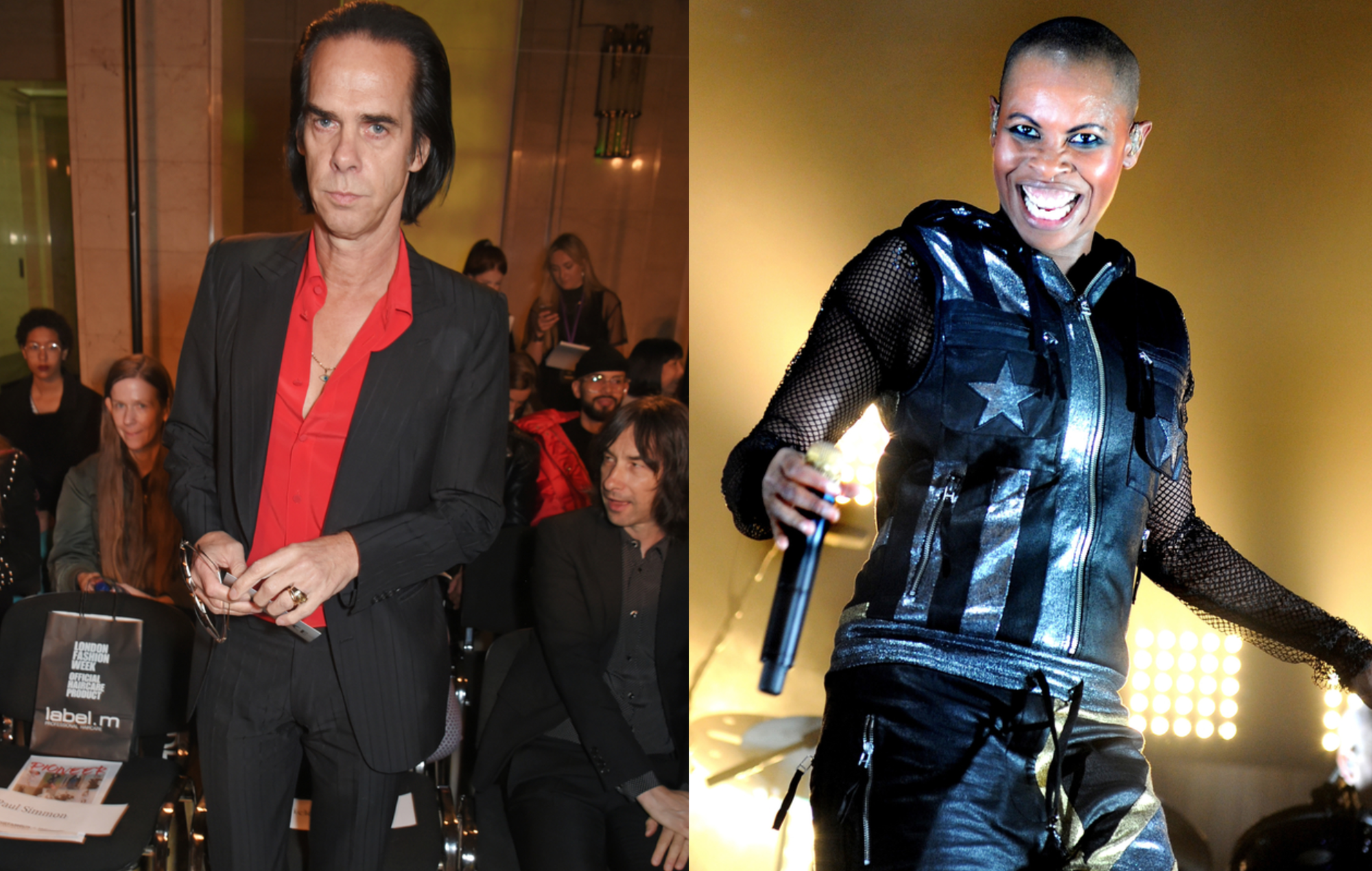 “It was fucking nuts!”

Nick Cave and Skin of Skunk Anansie once shared a bizarre moment while dancing together on a minibus on their way to a Prodigy album release party.

In a new interview with NME, Skunk Anansie looked back over their 25-year career. During the chat, guitarist Ace remembered the time Skin and the ‘The Mercy Seat’ singer were serenaded by the Jim Rose Circus.

“We were on this minibus; it was Skunk, the Jim Rose Circus Freaks and Nick Cave,” he explained. “So we’re driving back to the hotel to have a party with The Prodigy cos it was the album release for ‘Fat of the Land’, and all of a sudden Skin is dancing with Nick Cave in the middle of the minibus while all of the [Jim Rose] Circus Freaks were singing [the Mamas and the Papas song] ’California Dreamin’’. It was fucking nuts!”

The revelation came after the band recalled the time The Prodigy sampled their song ‘Selling Jesus’ for ‘Serial Thilla’. The first time Skunk Anansie heard the song was at a festival in Norway.


“Gizz Butt was the guitar player,” remembered Ace. “He said to me: ‘I’m going to play one of your songs,’ or something like that. And he went on and (sounds out ‘Selling Jesus’ guitar riff) he looked at me and it was like this is the one and it was ‘Serial Thriller’.”

He added: “It was the first time I heard it. They must have recorded it already but I don’t even know if ‘Fat of the Land’ was out then or if it was about to drop.”

READ  Gregory Porter tour 2020: when tickets are out, dates and venues for next year’s UK shows

Elsewhere, Skunk Anansie’s drummer, Mark Richardson, took a moment to remember Keith Flint and the times he used to race with the Prodigy frontman.

“We often met up at Ron Haslam Race School to hone our skills,” Richardson revealed. “I was always too big, he was little, a tiny thing so he was always faster than me but he was a great rider. Just a lovely, lovely bloke. A really, really nice man. What a fucking performer. It’s such a tragic loss.”

Meanwhile, Nick Cave has recalled being dumped by PJ Harvey in a new post on his The Red Hand Files website.

The website allows fans to ask questions of and interact directly with the Bad Seeds star, with him discussing what a typical Nick Cave fan is like, songwriting advice, and death so far.