By Ashleigh Gray For Dailymail.Com

And on Friday Abby took to Instagram to announce she’s pregnant for a second time, but she did not disclose who fathered the child.

The deejay, 31, shared the news with a reel and a static photo as she wrote, ‘IM PREGNANT. Another set of twins?!’ 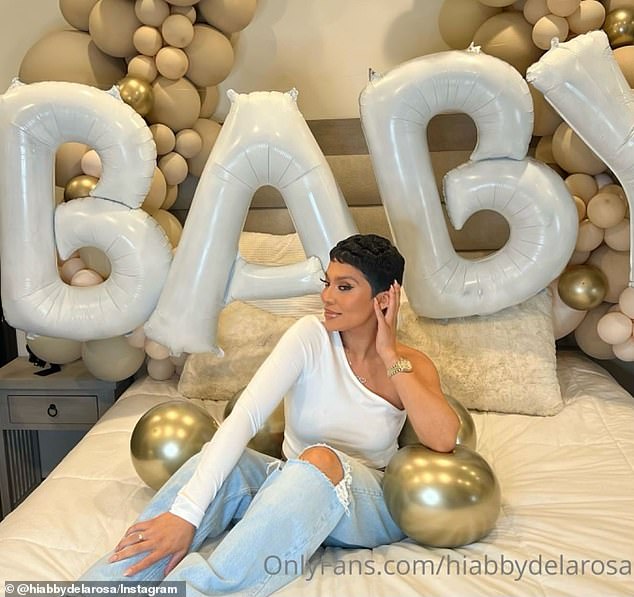 Expecting! Abby De La Rosa took to Instagram to announce she’s pregnant for a second time but she did not disclose who fathered the child

Abby, who co-parents Zion Mixolydian and Zillion Heir with ex beau Cannon, added, ‘Follow me on ONLY FANS to find out more (LINK IN BIO).’

She told her 99,000 followers that they can expect exclusive content on the platform, where users pay a monthly fee to subscribe.

She also noted that she would be answering questions her supporters are ‘dying to know.’ 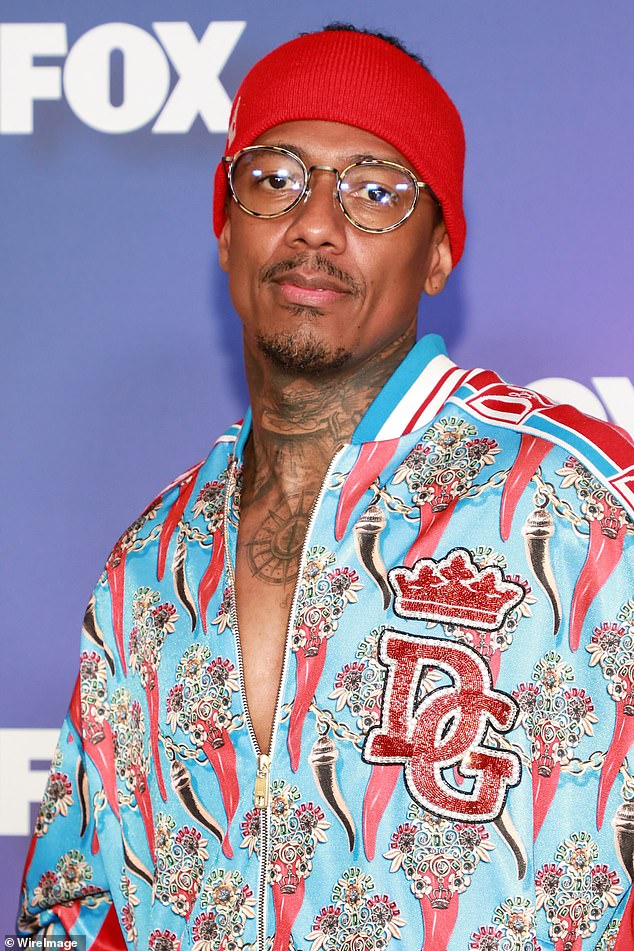 More parenting: Abby didn’t say who the father of her next child is, but Nick is currently expecting another baby, his eighth, with Bre Tiesi; Nick pictured in May

She sat on a bed with cream-colored sheets and was surrounded by festive, color-coordinated balloons.

There was a neutral-colored arch hovering above the headboard of the bed with a few golden bulbs incorporated.

And directly behind De La Rosa were large white letters that read ‘baby.’ 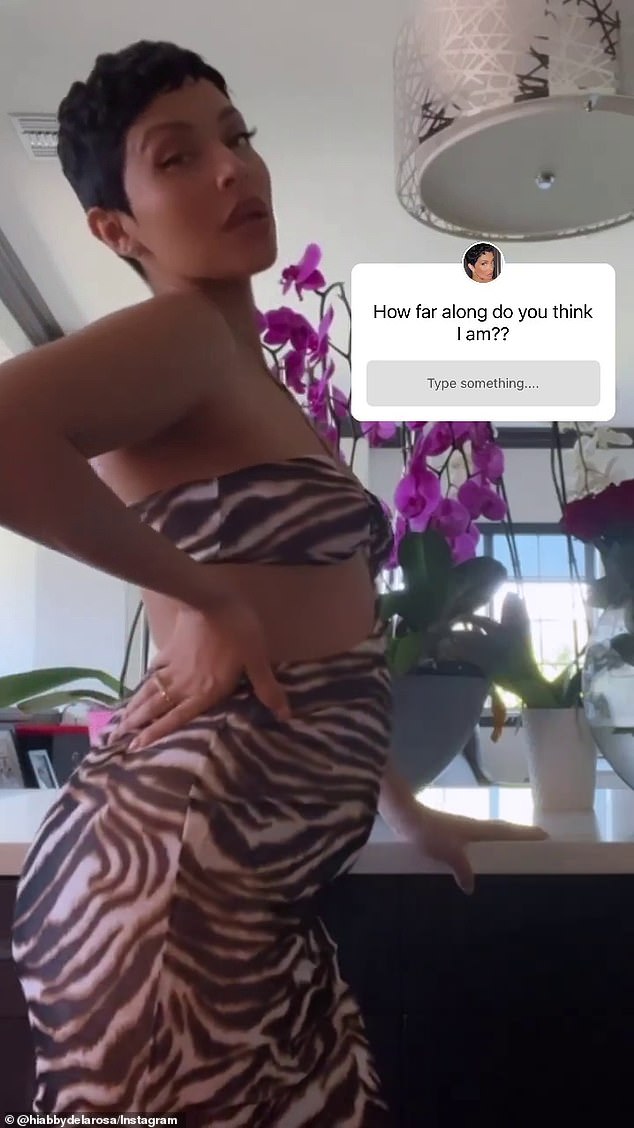 Announcement: The deejay, 31, shared the news with a reel and a static photo as she wrote, ‘IM PREGNANT. Another set of twins?!’

The influencer engaged her followers with even more content as she took to the app’s Stories feature.

She modeled a halter dress with a zebra-like pattern throughout as she showed off her burgeoning bump.

It also boasted sexy side cutouts that bared her beautiful, even complexion.

She asked viewers, ‘How far along do you think I am?’ and gave them an option to fill out their guesses. 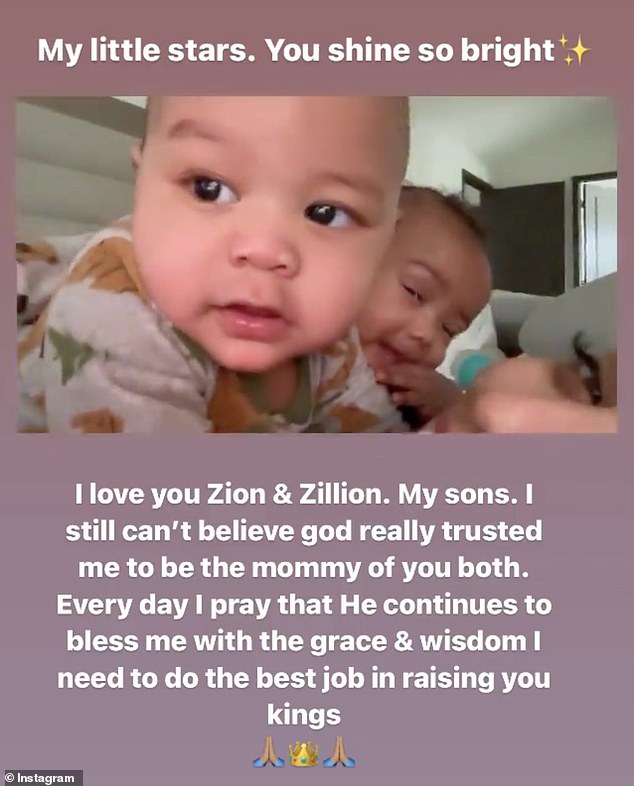 Grateful: The mom-of-two recently took to Instagram to show her appreciation for motherhood

Abby didn’t make mention of who fathered her latest pregnancy, but Nick is currently expecting another child with model Bre Tiesi.

Cannon has six children: twins Moroccan and Monroe, 11, with ex-wife Mariah Carey; Golden, five, and Powerful Queen, one, with Brittany Bell; and twins with Abby, who will turn one later this month.

His seventh child, son Zen, whom he had with Alyssa Scott, passed away just two months after he was born. 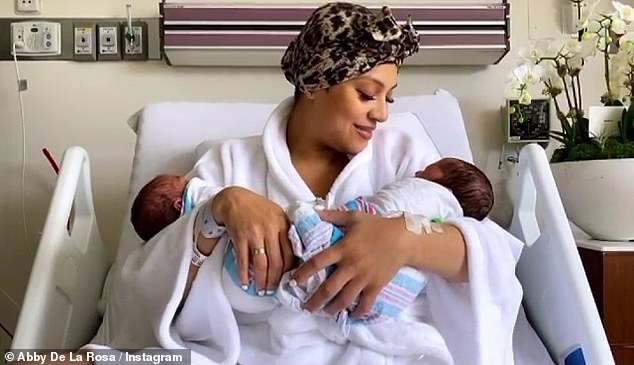 He recently posed with two of his children for a Men’s Health photo shoot.

In the accompanying interview Nick said that he is involved with all his little ones.

‘Contrary to popular belief, I’m probably engaged throughout my children’s day, more often than the average adult can be,’ said the star.

‘If I’m not physically in the same city with my kids, I’m talking to them before they go to school via FaceTime and stuff. And then when I am [in the same city, I’m] driving my kids to school, like making sure I pick ’em up. All of those things, making sure [I’m there for] all extracurricular activities. I’m involved in everything from coaching to having guitar lessons with my daughter every week.’ 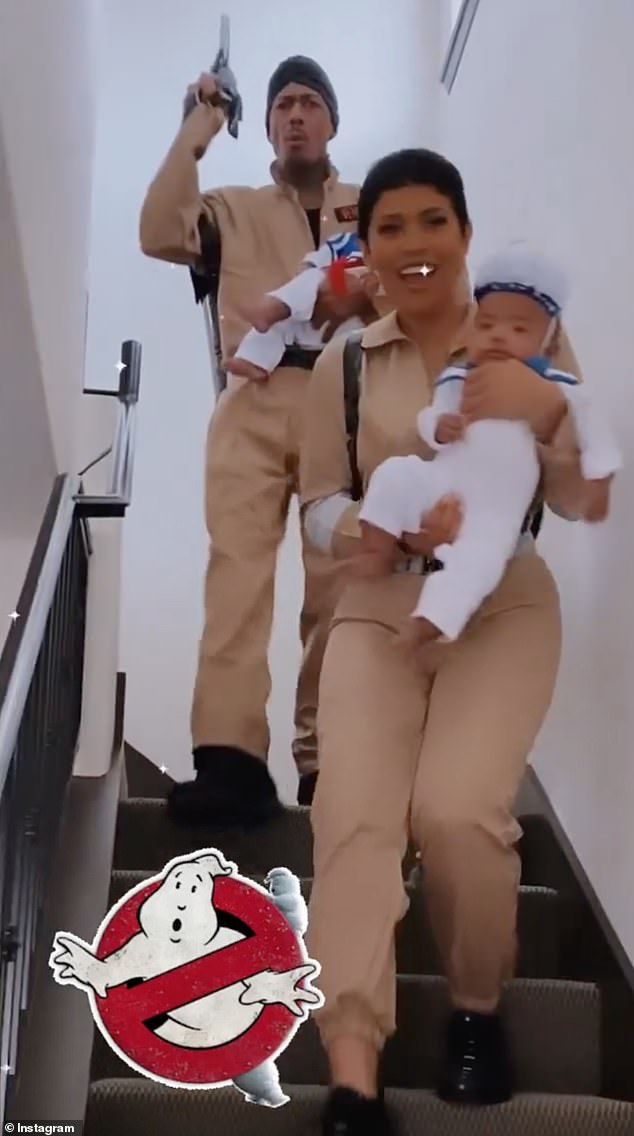