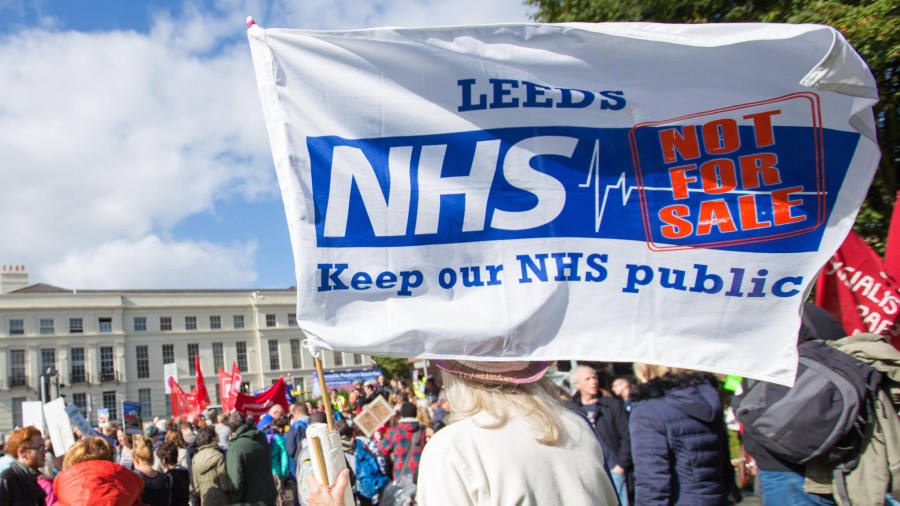 More than 40 new hospitals would be needed in England if an incoming Labour government barred private companies from delivering National Health Service-funded care, according to the organisation representing independent providers.

As it seeks to make the case for its continued role in the face of Labour’s anti-privatisation drive, the Independent Healthcare Providers Network said the sector performed 11.2 per cent of all non-urgent care, amounting to 436,000 operations a year.

Meanwhile, Labour was dragged into a row over whether its plans for a 32-hour week — without any loss of pay — would mean a multibillion pound increase in the NHS pay bill.

The providers network said its own calculations suggested its work was equivalent to all the elective care delivered annually in London.

It claimed that, based on average volumes of patients admitted in the past 12 months for trauma and orthopaedic surgery alone, the equivalent of an additional 42 NHS hospital trusts would be needed to carry out the activity that had been shifted out of the private sector.

Interviewed by the BBC’s Andrew Marr recently, shadow chancellor John McDonnell, said: “Our argument is that as these [private sector] contracts run out they should be brought in-house, because we believe in a democratic NHS and we believe actually we shouldn’t be allowing people to profiteer from the NHS.”

One Labour aide said the party would not eliminate all private companies from the NHS “on day one” of a new government, suggesting that would be impractical. Instead it would seek to build up public sector capacity over a period of years to enable a gradual reduction in the use of private companies. The party otherwise refused to comment.

Involvement by private sector providers in the NHS has long been controversial in the taxpayer-funded system.

David Hare, the network’s chief executive, said: “These figures demonstrate the vital role independent sector providers play in delivering NHS care and paint a bleak picture of where NHS patients would be without the investment and capacity that they bring.”

Nigel Edwards, chief executive of the Nuffield Trust, a think-tank, warned this week that, “while ‘ending privatisation’ will appeal to many” it would not actually save the NHS much money as NHS trusts are paid the same price per operation as private providers.

The data produced by the network suggested the withdrawal of private provision would have a particular impact on trauma and orthopaedics treatment.

In total 138,195 NHS trauma and orthopaedic cases were admitted to the independent sector in the 12 months up to and including August this year.

It calculated that taking out independent provision would lead to the waiting list for these procedures rising from 568,993 currently to 897,141 after one year, then 1,652,785 after three years.

The Labour row emerged when Jonathan Ashworth, shadow health secretary, said health workers would not be affected by the 32-hour week policy, at least not from the first day of a Labour government. “The idea that the NHS is going to go to a four-day week on December 13 if Labour get in is just for the birds,” he said.

But Mr McDonnell sowed confusion when he insisted that “everybody” in the NHS would see their hours fall to an average of 32 hours a week after a decade of Labour in power.

Aides later clarified that the policy was an “aspiration” and would not be mandatory in either the private or public sectors. Instead it would be achieved gradually — along with improvements in productivity in the UK economy — through a series of pay deals with unions.