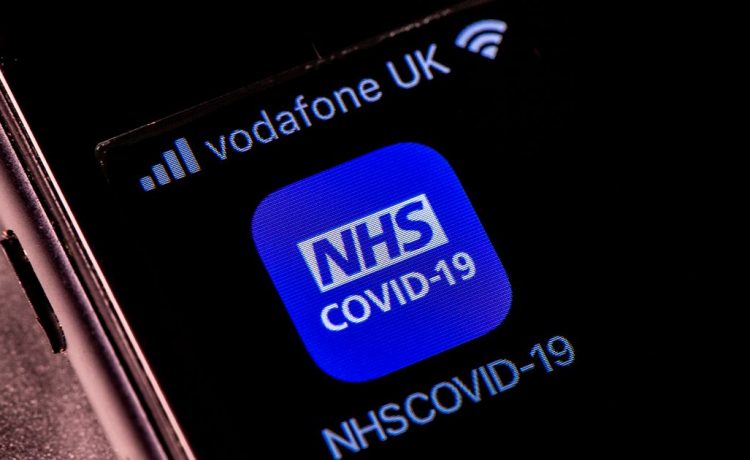 The NHS Covid-19 app could be used to prove people have had a Covid vaccine or test to allow them back to mass events this summer.

It’s understood the government is looking at re-engineering the contact-tracing app to turn it into a “passport” for the return of football matches and big gigs.

The app – which has already been downloaded around 22million times – could become a key fixture of the strategy if it is reprogrammed.

It could even be used to pack 90,000 fans into Wembley Stadium for the delayed Euros final in July, The Sun reported.

But the government admits there is a maze of legal and ethical problems because some people are medically unable to have the vaccine.

Because of this, officials may simply allow the app to show people have had a recent rapid Covid test – rather than proving their jab status.

There is also no firm date for when stadium matches and gigs can go back to full capacity, with pilots of tighter capacity only starting in April.

Until there is a change of policy, Wembley Stadium will only be allowed up to 10,000 fans from May 17 at the earliest. And there are question marks over big music festivals or events like Wimbledon.

A Cabinet minister today said he would do “pretty much anything” to get back to theatres when asked about a vaccine passport.

Gavin Williamson told LBC radio: “I think I would probably do pretty much anything to be able to enjoy all those lovely things.

“I think the idea of going to a restaurant with your family or going to the theatre is something we all really want to see.”

But the Education Secretary added: “There are many challenges with this.

“It’s really important to look right across the spectrum – both the benefits it would bring but also some of the challenges it could bring.”

Cabinet Office minister Michael Gove will lead a study between now and June 21 to “review whether COVID-status certification could play a role in reopening our economy, reducing restrictions on social contact and improving safety.”

It’s understood this includes both vaccine and testing status – with Boris Johnson hoping to rely on rapid tests before people go to an event.

Ministers have insisted vaccine passports would be “discriminatory” but accept they need to act because firms might demand them anyway.

The review could end up with Boris Johnson banning venues from blocking access to the unvaccinated.

The Prime Minister said there may be medical reasons why people cannot be vaccinated, or may be “mistaken” others who refuse to receive a jab.

“We can’t be discriminatory against people who for whatever reason can’t have the vaccine,” Mr Johnson said, at Sedgehill Academy, in Lewisham, south-east London.

He added that Mr Gove, the Chancellor of the Duchy of Lancaster, will lead a review “getting the best scientific, moral, philosophical, ethical viewpoints on it and will work out a way forward”.

READ  General election 2019 candidates in full: Search to see who is standing in your seat

Nicola Sturgeon told the Scottish Parliament that she would “never support something that deepens social inequalities” or “took away people’s civil liberties” based on their medical history.

But she added: “We should think properly, without closing our minds at this stage, to what a vaccine passport or certificate might offer us.”