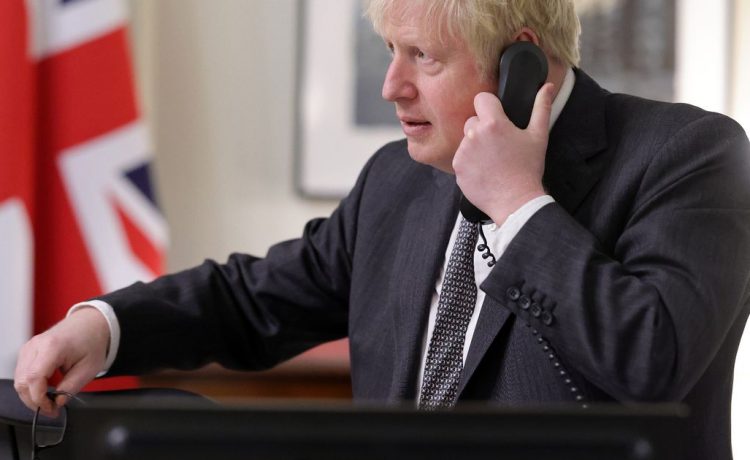 MPs have been urged to urgently investigate the government’s “disgraceful” system of obstruction requests for public information.

In a rare show of unity, more than a dozen current and former newspaper editors joined forces to demand a review of the system.

Boris Johnson has repeatedly claimed to support press freedom, both at home and around the world.

But Cabinet Office operates a “clearing house” for requests for information across all departments.

It faces legal action after being accused of profiling and blacklisting journalists, delaying the legal release of information.

Today (TUES) editors from across the media landscape united to call for MPs to investigate the system, amid wider concerns about deteriorating press freedom in the UK.

A letter to William Wragg, Chair of the Public Administration Committee and Julian Knight who chairs the Media Committee was signed by the editors of the Mirror, The Guardian, The Times, the Daily Telegraph, the Financial Times and more.

It reads: “We believe that there are now strong grounds for a review of the UK government’s treatment of and policies for dealing with Freedom of Information (FOI) requests, and would urge the minister to address these concerns.”

Times editor John Witherow said: “It is a fundamental right of a free people to be able to see and scrutinise the decisions made on their behalf.

“That message has failed to get through to the government of Boris Johnson, which seems hellbåent on making it harder.

“This is not only a disgrace, but a mistake.”

Guardian Editor Kath Viner said: “At a time when journalistic freedom is under threat around the world, the government’s time-wasting over legitimate FOI requests is at odds with its global commitments to press freedom.”

An investigation by OpenDemocracy found the secretive Clearing House unit gives advice to other government departments on how to avoid disclosing information.

Official guidance states FOI requests, which can be made by any member of the public, should be ‘applicant blind’.

That means officials aren’t supposed to look up the person asking for information, or change their response as a result.

But openDemocracy claims to have found the Clearing House collates ‘watch lists’ of journalists and details about their work.

It says a daily ‘round robin’ email the contains details of the all requests Clearing House is advising on, along with the name of the person requesting the information and advice for how to deal with it.

It’s understood journalists from the Daily Mirror, the Guardian, The Times and the BBC were on the alleged ‘black lists’.

The lists are also understood to include researchers from charities and campaign groups.

Internal emails published by openDemocracy show government officials “flagging” requests made by journalists – and noting they will require additional “sign off” as a result.

Tory MP David Davis has said the operation is “certainly against the spirit” of the Freedom of Information Act, “and probably the letter, too.”

Michelle Stanistreet, General Secretary of the National Union of Journalists (NUJ) said: “In 2016 the government tried to clamp down on freedom of information and they failed, there was a public outcry at the time and the plans were dropped.

“Now it’s clear they just changed their tactics. The intended outcome is the same.

“To obstruct and restrict FOI shows the government’s disdain for open and transparent government and basic democratic scrutiny.

“Journalists from across the media industry are united on this issue, we all want to see FOI fully restored, to restrict FOI is to undermine public interest journalism.”

A Government spokesperson said: “A Clearing House function has operated in different forms for the 15 years since the FOI Act came into effect, and a small Cabinet Office team now helps ensure a consistent approach to requests for information.

“This is especially important for complex FOI requests where we must balance the need to make information available with our legal duty to protect sensitive information and national security.

“This Government remains fully committed to its transparency agenda, routinely disclosing information beyond its obligations under the FOI Act, and releasing more proactive publications than ever before.

“The coronavirus pandemic has had an impact on how quickly public authorities are able to respond to FOI requests, and the ICO has acknowledged this in recently published guidance.”