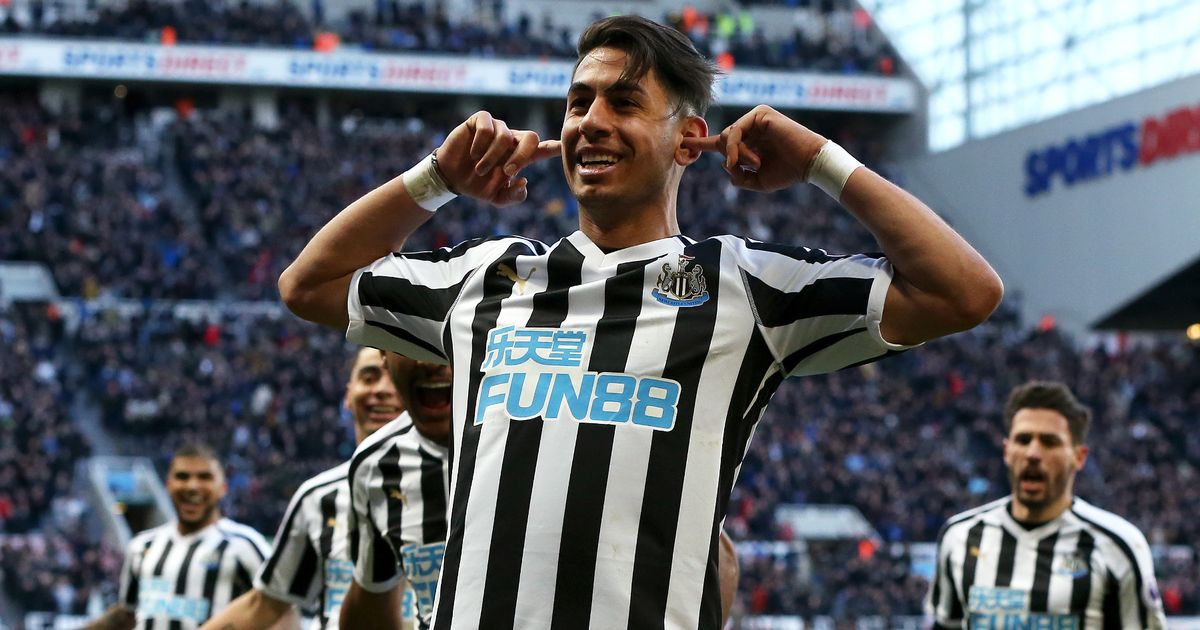 Ayoze Perez has admitted he dreams of playing in La Liga – and wants a Spain call up.

The in-form Newcastle striker wants to return to his home country one day – but refuses to say if he’d like to go to Real Madrid or Barcelona .

Perez has scored seven goals this season, and created 38 chances, sixth best in the league and just behind Wilf Zaha and Raheem Sterling.

The 25-year-old also tops the Premier League stats for recovering the ball – 127 times, and for interceptions, with 35.

That creativity and work-rate has caught the eye of Spanish clubs.

He said: “I am very grateful to Newcastle, but it is obvious that someday I would like to come back and play in La Liga.

“To this day, I do not know (what the future holds). I hope something very good. I believe that I have made progress these five years so that a good opportunity presents itself. “

Newcastle signed Perez for £1.5m from Tenerife and he has proved one of the bargains of the decade.

Spain boss Luis Garcia has put him on a long-list for his squad and Perez is hoping for good news.

He added: “I appreciate the words of Luis García. It means a lot to me.

“He sees me play and he knows that I have not always been able to develop my football, how much I sacrifice myself and that, in the five years that I have been here, I have always tried to give the maximum.”

READ  Anything possible as NHL readies for relaunch, says Bettman

“I work to be there someday. I am ready (to play for Spain) and with a tremendous hope of being able to see myself in a list of Spain players.

“It would be incredible for me. I, in any case, keep fighting. I hope it happens.”

Perez will not force a move from Newcastle. When interviewed by MirrorFootball earlier this season he said he was “living the dream” playing in the Premier League, and was happy for now.