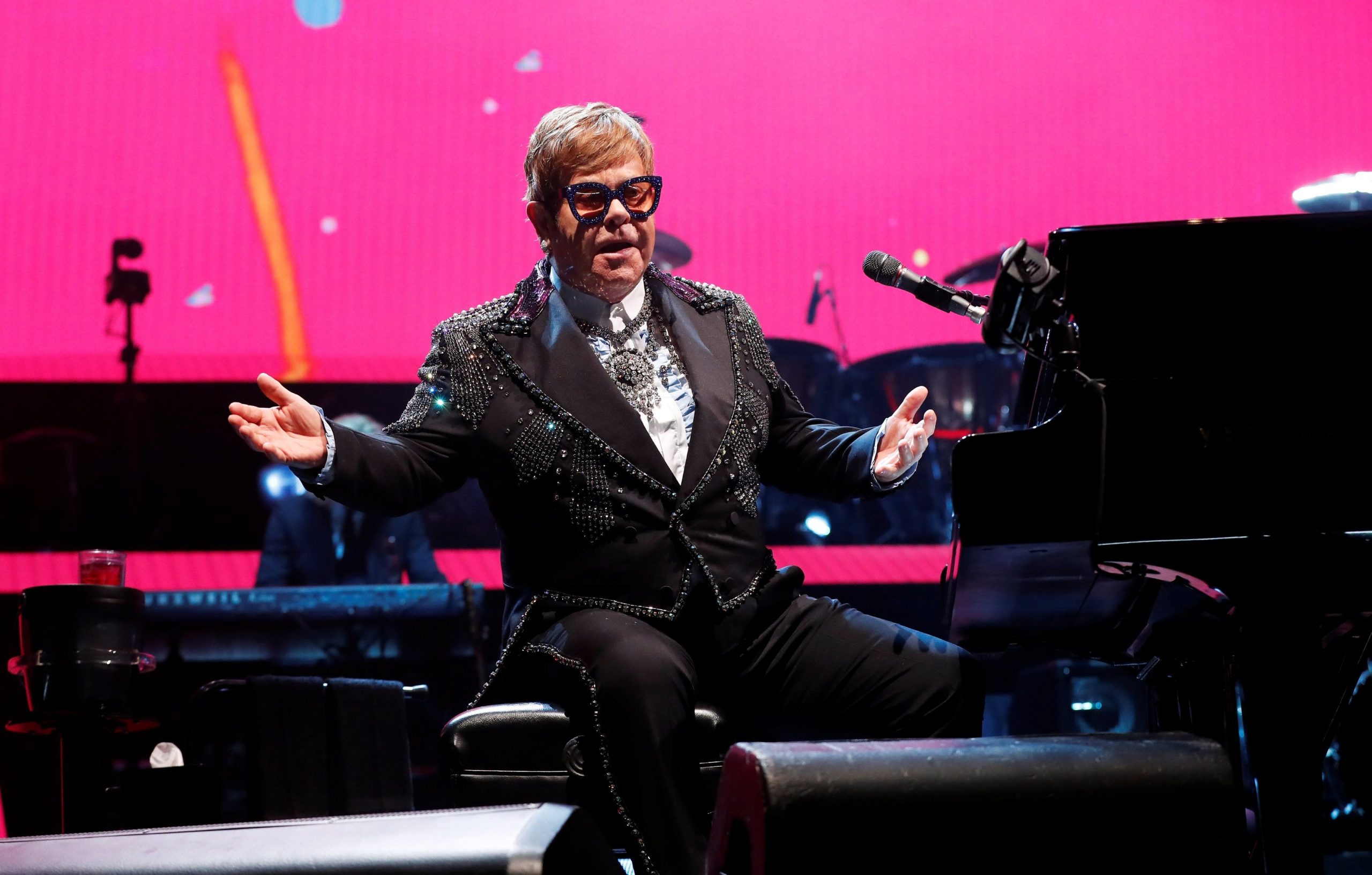 Sir Elton John was one of a number of showbusiness stars recognised in the New Year Honours list.

He was given an upgrade to his knighthood and will be appointed to the Order of the Companions of Honour for his services to music and charity.

The 72-year-old, who has been collaborating with lyricist Bernie Taupin since 1967, has sold more than 30 million records, making him one of the world’s best-selling music artists.

He had his first hit, Your Song, in 1970 and this paved the way for a career that has also encompassed musical theatre with hits such as Billy Elliot and The Lion King.

As well as five Grammys, five Brit Awards an Oscar, a Golden Globe and a Tony, the musician was awarded the Légion d’honneur  – France’s highest decoration – in 2019. He set up the Elton John AIDS Foundation in 1992 and it has raised more than £300million.

Famous for her singing career – she has sold more than 100 million records worldwide – and is best known for her memorable performance in the 1978 film, Grease. She receives a damehood for services to charity, cancer research and entertainment.

British film and theatre director Sam Mendes, famous for his debut film, American Beauty and his Bond, Skyfall, is to receive a knighthood.

The 54-year-old said he was “amazed, delighted and extremely proud” to receive the honour.

He won the Best Director Oscar for American Beauty and Skyfall became the first Bond film to break the billion-dollar barrier at the box office.

Fellow director and artist Steve McQueen is also set to receive a knighthood in the Diplomatic Service and Overseas list, for services to art and film.

He made history in 2014 when he became the first black filmmaker to win an Academy Award for best picture with his 2013 film, 12 Years a Slave. The film won two further Oscars.

McQueen, 50, who was born in west London to Grenadian parents, first made his name in the art world in 1999, when he won the Turner Prize.

Among other recipients of honours, Steven Knight, the creator of the hit television show, Peaky Blinders, receives a CBE for services to drama, entertainment and the community in Birmingham.

The 60-year-old Birmingham-born writer and director said he would be celebrating with champagne.

Others recognised in the world of showbusiness included Snow Patrol lead singer Gary Lightbody, 42, who has been made an OBE for services to music and charity in Northern Ireland. He created the Lightbody Foundation, a group which gives annual donations to charities across the country.

Mike Pender (born Michael Prendergast), 78, founding member of the Merseybeat group The Searchers, gets an MBE.

The Manchester-based artist produced the famous pulsar wave cover for Joy Division’s 1979 album Unknown Pleasures. The design was so striking Factory Records agreed to omit the name of the band and album title.

His sleeve for 1983 hit Blue Monday was reportedly so expensive to reproduce, the band made a loss on every copy sold of the best-selling 12” single ever.

Nadiya Hussain who won the Great British Bake Off in 2015 (Photograph: BBC)

In the world of food and drink, there were also several gongs awarded.

Nadiya Hussain, 35, who won The Great British Bake Off in 2015 and who has forged a successful television and writing career,  has been awarded an MBE.

She had her first show there in February 1970.

Wildlife cameraman Gordon Buchanan, whose credits include Planet Earth II, is made an MBE for services to conservation and wildlife film-making.

In television, actor Rudolph Walker, 77, who played Patrick Trueman in EastEnders and Bill Reynolds in 1970s sitcom Love Thy Neighbour, receives a CBE for services to drama and charity.

Former Play School presenter and Coronation Street actor, Derek Griffiths, 73, who played Freddie Smith from 2016-17,  is made an MBE for services to drama and diversity.

In drama, playwright and screenwriter, James Graham, 37, best known for his film, Brexit: The Uncivil War, receives an OBE for services to drama and to young people in British theatre for his work at the National Youth Theatre.

Fellow writer, Christopher Hampton, 73, who won an Oscar for his screenplay for the 1988 film, Dangerous Liaisons, is knighted for services to drama.

Hamilton actor, Giles Terera, 43, who won an Olivier Award for the role of Aaron Burr in the hit musical, gets an MBE for services to theatre.

And in music, the composer, Errollyn Wallen, 61, who was the first black woman to have her work performed at the Proms, has had her MBE upgraded to a CBE for services to music.

READ  Tyler, The Creator Wants To Free A$AP Rocky Himself In New Freestyle
Share on FacebookShare on TwitterShare on PinterestShare on Reddit
newsgrooveDecember 27, 2019