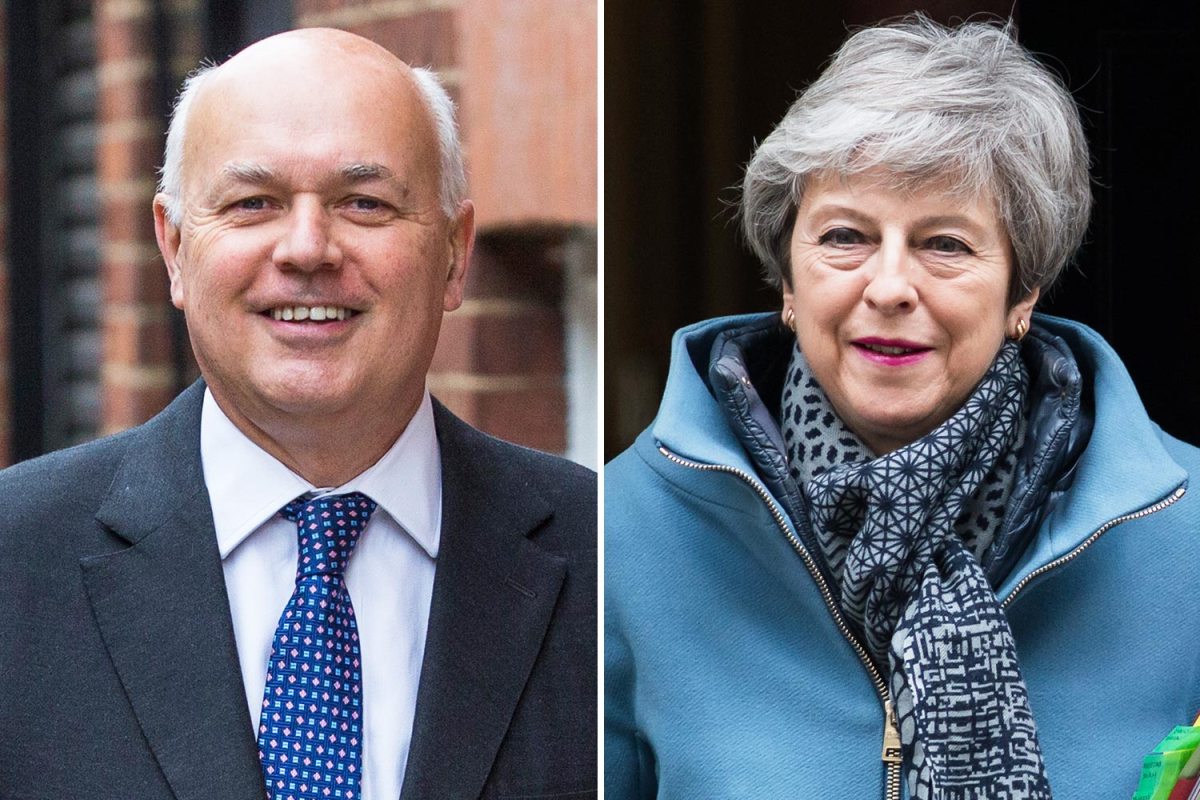 The Conservative grandee who was narrowly re-elected in the General Election got the gong in their year’s list which was drawn up while former PM Theresa May was in power.

That’s despite being a firm Brexiteer who was a thorn in the side of her Premiership.

Tory MP Bob Neill has also been made a Knight, and told The Sun his 95 year-old mother was “absolutely thrilled.”

The chairman of the Justice Select Committee in the last Parliament said: “It is an honour, and I’m delighted. I am genuinely really humbled by it.

“I’m especially delighted for the family, and especially my mum who is 95 who brought me up in a semi-detached house in Essex, and supported me in going to university and my career.

“She is absolutely thrilled; she is an old East End girl who believes in hard work.

“I also like to think this is recognition for my work on the Select Committees and for trying to be constructive politically.”

Opposition parties said it “beggared belief” that Sir Iain got the gong for his work creating the controversial Universal Credit system.

READ  May on Brexit extension: 'The UK should have left the EU by now'

“It beggars belief that Iain Duncan Smith has been rewarded in the New Year’s Honours list,” she said.