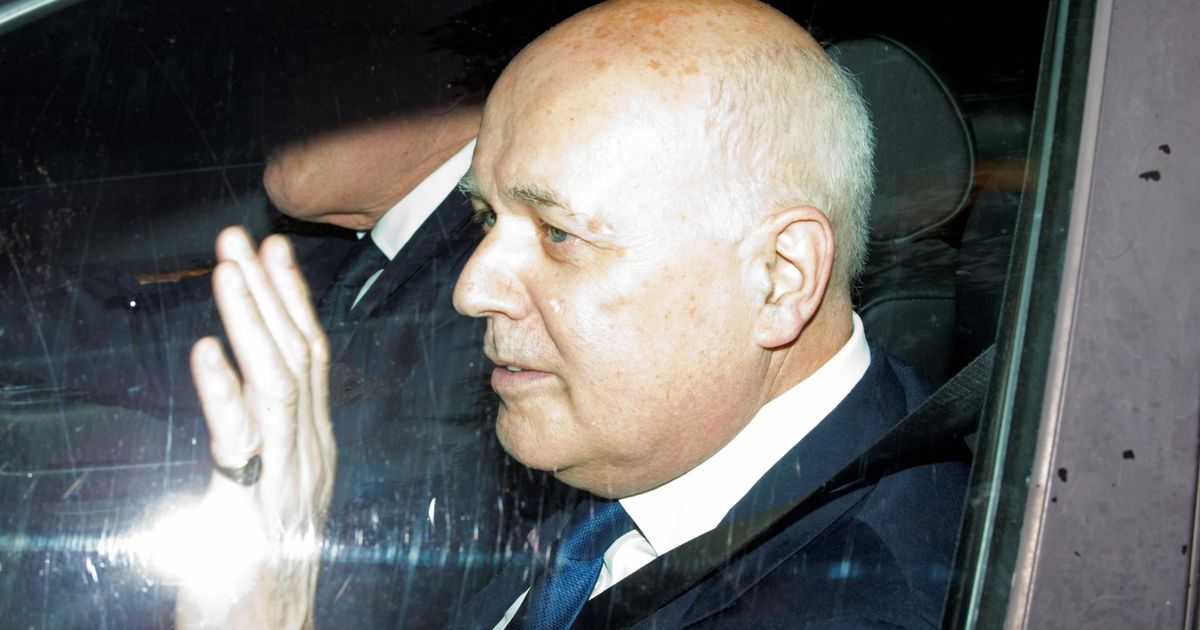 Welfare slasher Iain Duncan Smith – who was the architect of cruel Tory reforms including the disastrous Universal Credit programme and the bedroom tax  – has been knighted in the Queen’s New Years honours.

As work and pensions secretary under David Cameron, Sir Iain – Tory leader from 2001 to 2003 – was the architect of the Government’s controversial Universal Credit welfare reforms.

He claimed his changes would simplify the benefits system and encourage people to find work but his reforms have left tens of thousands struggling to cope.

Opposition parties said it “beggared belief” that someone whose policies had caused so much distress should be honoured in this way.

In government, Sir Iain – who survived a bid to unseat him in the 2019 election – argued the changes were designed to end the benefits trap, ensuring that it always paid for claimants to take work, while simplifying the system.

However, complications with the roll-out of the new system and delays in making payments were blamed for driving thousands of low-income families into poverty.

In 2016, Sir Iain unexpectedly resigned from the cabinet, attacking the Government’s policy of welfare cuts. He later called for £2bn to be put back into Universal Credit.

But he was accused of hypocrisy for saying £4.4bn in cuts to PIP benefit went too far – since he had already pushed through a host of other cuts, including £30 a week from sickness benefit ESA.

And he had backed Universal Credit at the time it suffered huge cuts under Chancellor George Osborne.

An ardent Brexiteer, as a backbencher he was a leading light in the Tory European Research Group (ERG), which proved to be such a thorn in the side of Theresa May.

Labour MP Stephanie Peacock said: “A knighthood for IDS will seem like a joke to the many families who have struggled this Christmas thanks to his cuts.

“I have seen first hand the devastation wrought on my constituents by his policies – they will not be impressed by this award.”

While fellow Labour MP Alison McGovern said: “Universal credit has been a universal catastrophe for my constituents. Iain Duncan Smith is the architect of that failure.

“What message does this honour send about the Tories and what they value?

“Our country deserves so much better than this.”

Labour’s Rosie Duffield, who has sat on the Work and Pensions Committee said: “It is deeply regrettable that the architect of the Universal Credit program is set to receive one of our country’s highest honours.

“I see first-hand in my surgeries and across the work on the Work and Pensions Select Committe the impact UC has had on low income families – it is far from honorable what the Universal Credit programme has done to the most vulnerable in our society.

“Recent government statistics show that nearly half of people (46%) in the UK claiming an older benefit, Disability Living Allowance, lost out when reassessed for Personal Independence Payments since 2013 when the introduction of PIP and UC began – that’s thousands of families pushed below the poverty line owing to the severe cuts to the welfare state brought about by the 2012 Welfare Reform Act, as sponsored by Iain Duncan Smith.”

READ  Brexit: The Devon village that held an EEC-joining party

“It beggars belief that Iain Duncan Smith has been rewarded in the New Year’s Honours list,” she said.

Other controversial honours include a Damehood for the former Director of Public Prosecutions Alison Saunders who faced heavy criticism for presiding over several rape cases that collapsed as a result of the prosecution failing to disclose evidence.

Tory MP Bob Neill who has been a popular chair of the Justice Select Committee was also knighted.

While Gareth Fox, head of candidates for the Conservative Party, has been handed an OBE for political service.

John Manzoni has been knighted for public service after serving as Chief Exec of the civil service but he was also the boss of BP who was slammed over the rig explosion in the US a few years ago.

On a positive note Holocaust survivor, Mindu Hornick, 90, who has been made an MBE for her work in education said she hopes the honour will raise awareness of Islamophobia and anti-Semitism.

Ms Hornick, who has been educating people about the Holocaust for around 20 years, said: “They rang me up earlier in the week to say I would be receiving it.

“It was a bit out of the blue but it is out of recognition for the work I do with Holocaust education. It was an absolute surprise.

“I feel honoured that my work has been recognised.”

Lady Angela Lamport, 67,who supported families bereaved in the Grenfell Tower fire has said she feels “overwhelmed” after being made an MBE for services to the charity.

She has helped with the Red Cross response to a number of national and international crises in addition to Grenfell since joining the organisation in 2003.

Organisers previously said no honours would be considered for those involved in the relief effort or the aftermath of the 2017 Grenfell Tower tragedy until the conclusion of the public inquiry, the second phase of which will start in January.

Lady Angela, from Cobham in Surrey, said: “I went out to Haiti after the earthquake where I saw the utter devastation and the work the Red Cross was doing to help rebuild livelihoods.

“I travelled to Libya on a Royal Naval frigate to help people who were being evacuated.

“That was totally unique and extraordinary, but the most heart-rending experience was helping some of the bereaved families after the fire at Grenfell Tower. I still think of them every day.”

Elsewhere, James Charles Macaulay Booth, from Somerset, and Grace Friar, from Northumberland, who were born on the same day 98 years ago, were recognised for services to their community and charity.

In contrast the younger person to received a gong this year was 13-year-old boy Ibrahim Yousaf, from Oldham, Greater Manchester, who has raised thousands of pounds for charities.

The schoolboy has been awarded a British Empire Medal (BEM) for services to the community after his work to raise funds for local causes.

In eight months, the teenager raised more than £1,300 for cancer support centre Maggie’s and has made more than £2,000 overall for causes including Oldham Foodbank, Dr Kershaw’s Hospice and the Oldham Mayor’s Charities.

Ibrahim, who the British Citizen Youth Award earlier this year, began his charity work at the age of 12 when he donated his birthday money to the Royal Manchester Children’s Hospital charity.

“This recognition is solely down to everyone’s incredible support in helping me in my campaign.

“I truly believe the real stars and the heroes are the charities and all I ask is for everyone to please follow and support them.”

A total of 1,097 people have received an award –  the lowest number for a New Year Honours list since 2012.

Labour MP for Hull North Diana Johnson is made a dame for charitable and political service after her successful campaign to decriminalise aboriton in Northern Ireland.

While in the field of health, NHS England and NHS Improvement chief executive Simon Stevens is knighted for services to the NHS.