Games Could Be a Potential Aid to ADHD

Health and video games have become ever more relevant over the past few years. The World Health Organization has declared that video game addiction is a legitimate mental disorder. The NHS in the UK has set up state-sponsored clinics to help with video game addiction. Video games have not been getting a lot of popular or positive press lately. However, while many worry about overexposure to video games, others are seeking them as a form of treatment. In a recent study from the Duke Clinical Research Institute, researchers have found evidence that video games could help with the symptoms of ADHD in children.

The study gathered 350 children aged 8-12, all diagnosed with ADHD. Half of the children played regular video games whereas the other half played a game that was specifically designed to help combat ADHD in children. They played for around 25 minutes a day, for five days, for 4 weeks. The subsequent results found that the children who played games outperformed the control group in terms of attention span and the ability to focus on tasks.  It should also be noted that none of the children were undergoing any other forms of treatment like medicine or pharmaceutical drugs during the testing.

This is great news for the game industry. Video games have been a reoccurring scapegoat as of late. Especially after tragedies like mass shootings or other instances of violence. The same tired tropes of trying to link video games and violence have become shockingly common. Thankfully video games are now being shown in a positive light, especially when it helps those who have a disorder that is incredibly common.

Hopefully, we can see more progress made in this field. Of course, more testing will have to be done in the meantime.

The video games to master while practising social-distancing – Bristol Post

Video games are keeping me sane during the coronavirus pandemic – Metro.co.uk 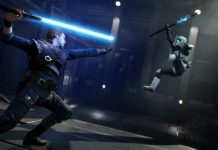 The best video games based on movies – Yahoo Tech

The best video games based on movies – Digital Trends

These video games were delayed by coronavirus – Looper