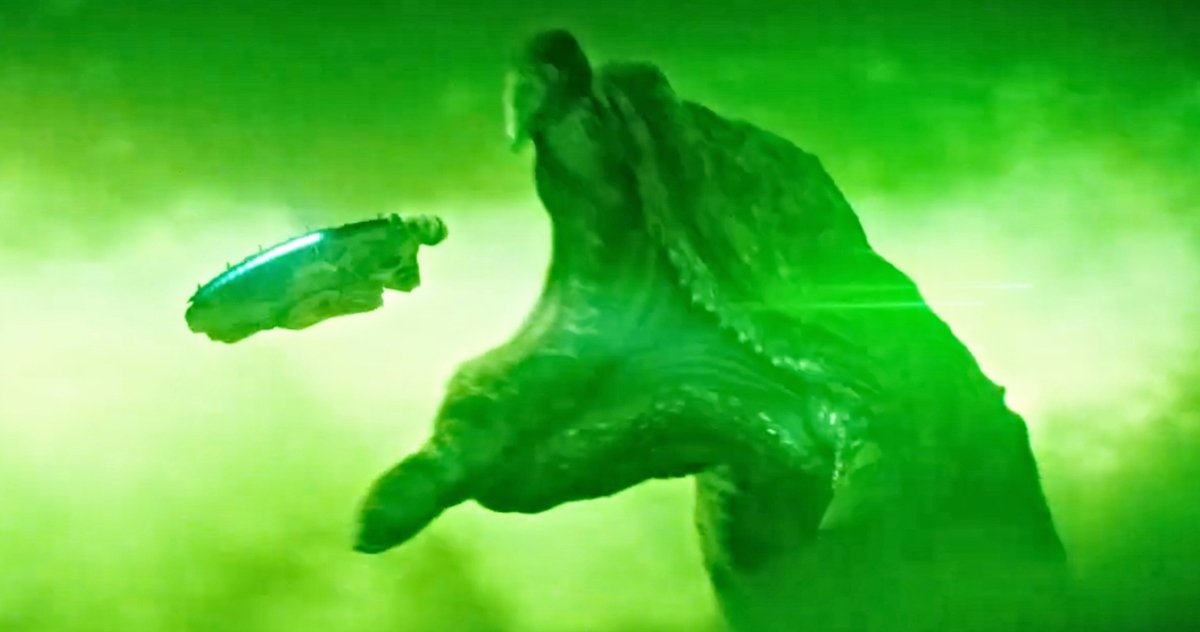 The Chinese trailer for Star Wars 9 features the Millennium Falcon in some very familiar trouble. It was just announced that the highly anticipated movie will open in Chinese theaters on the same day it arrives in North American theaters. The final installment in the Skywalker Saga will open December 20th in North America and China, while the U.K. will get it on the 19th, which is also when the Thursday night preview screenings start in North America.

Our latest look at The Rise of Skywalker shows off some brand-new footage of the Millennium Falcon and Poe Dameron as he pilots the iconic ship with Chewbacca. Finn and alien newcomer Klaud, who was introduced by J.J. Abrams at the Star Wars Celebration earlier this year, are also on board. The Falcon is being chased by the First Order while they also come face to face with a giant space monster who wants to gobble up the ship and its inhabitants. The footage is reminiscent of the space monster scene in The Empire Strikes Back.

Elsewhere, there’s some brief new looks at the red Sith Troopers as they take aim at The Resistance, which has been shown in a recent TV spot. Each bit of new footage that has been released over the past few weeks seems to give away a little bit more than before, though J.J. Abrams is more than likely throwing some misdirects in on purpose. With that being said, we all know that Emperor Palpatine is back and that there will more than likely be Ewoks. These are some pretty big reveals for a move which isn’t even out yet.

China is a goldmine for superhero movies. Venom‘s box office success was because of China and the same can be said for Aquaman. However, Star Wars movies don’t often do very well in China, and are often yanked from theaters after a few weeks, or in some cases, days. The Last Jedi was taken out of theaters less than two weeks after it arrived, with sources stating that the actors aren’t as aesthetically pleasing as their cousins in the Marvel Cinematic Universe.

China might not be the best place for The Rise of Skywalker, but Lucasfilm and Disney have to at least try to get some of their global box office up from the area. It will be interesting to see how the country reacts to the movie, but it will more than likely end up getting pulled within a few weeks like its predecessor. As for North America, there is a chance Star Wars 9 could open up to bigger box office numbers than The Last Jedi, but it will depend on the word of mouth from early reviews and early reactions. While we wait to find out, you can check out the Chinese trailer below, thanks to Gavin Feng’s YouTube channel.