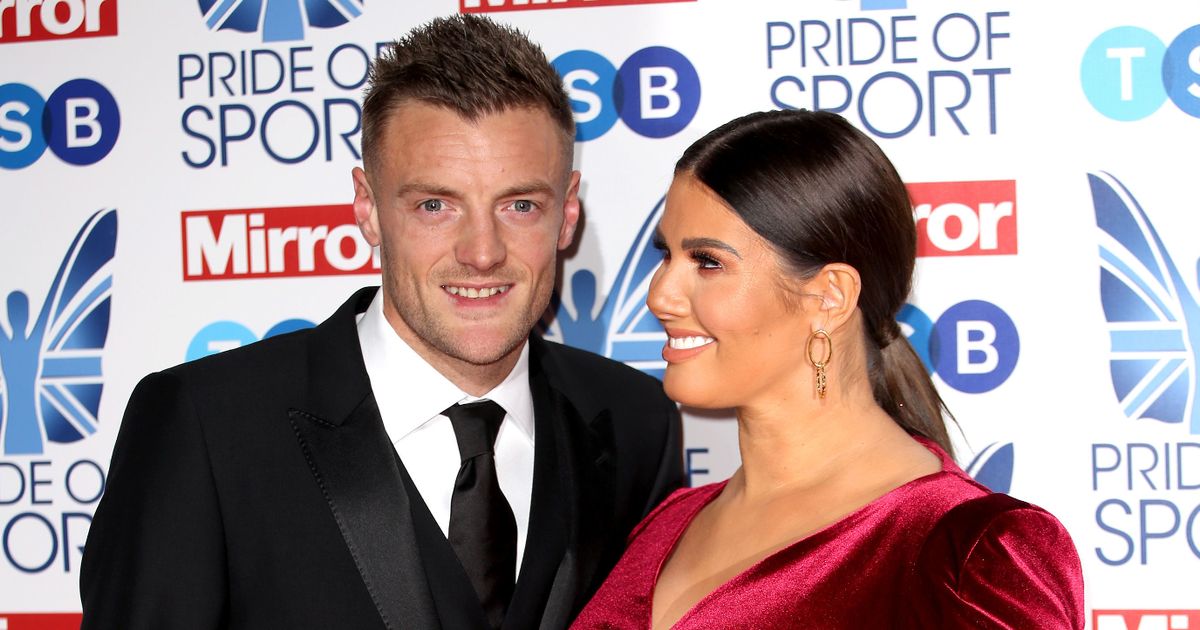 New mum Rebekah Vardy has declared she feels “ecstatic” and and revealed her husband Jamie was by her side for the birth of their daughter.

The proud parents welcomed their little girl yesterday , with the Leicester City footballer skipping his team’s match against West Ham so he could be with his wife.

Rebekah has now opened up about the birth, revealing she couldn’t be happier with their new arrival.

She told Hello! magazine: “I was so happy to be able to have Jamie at my side for the birth of our beautiful daughter

“I’m ecstatic that we have another little girl in our family.”

The baby news was initially confirmed by Leicester City boss Brendan Rodgers, who had to explain Jamie’s absence from the squad.

He said: “Jamie Vardy’s wife had a child today, so he’s with her and congratulations to them,” Rodgers said.

Jamie later announced the news himself on Twitter , writing: “Over the moon to let you know our beautiful little girl has arrived.

“Becky and baby are both doing well and we are all totally in love with the newest member of our team.”

The couple tied the knot in May 2016 at Peckforton Castle in Cheshire, in front of famous guests including One Direction singer Louis Tomlinson and Kasabian guitarist – and Leicester City fan – Sergio Pizzorno.

At the time, the pair were dubbed the new Posh and Becks due to the celebrity wedding crowd.

READ  Dame Vera Lynn: Stars pay tribute to singer who 'was an inspiration to us all'

They are parents to two children together, Sofia and Finlay, as well as their new baby girl.

Rebekah also has two more children, Megan, 11, and Taylor, six, from previous relationships and Jamie has a five-year-old daughter, Ella.

The new arrival takes the couple’s brood to a total of six.