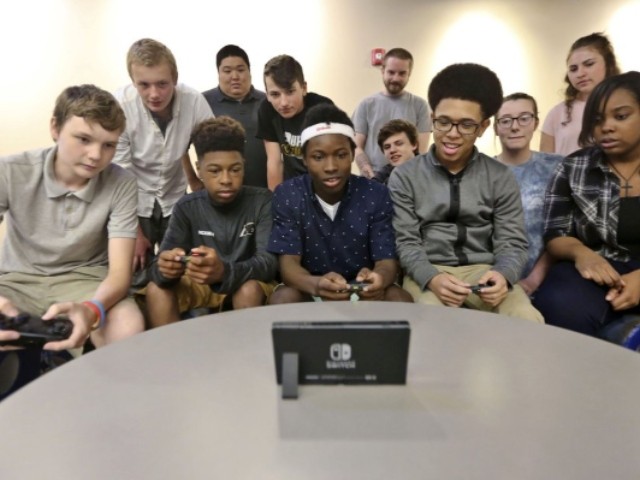 ALBUQUERQUE, N.M. (AP) — New Mexico is joining a handful of other states in allowing high school students to participate in a growing sport — video games.

Around three dozen high schools are competing in the state’s inaugural e-sports season that began last month, and more schools may join as athletic officials consider adding a fall season.

The e-sports season, which runs from late February through mid-April, is expected to draw about 500 students who will participate in 5-on-5 matchups.

Under the rules set by the New Mexico Activities Association, students compete in three different game titles including League of Legends, Rocket League and Smite.

Like many of the participating states, the New Mexico Activities Association has partnered with Santa Monica, California, startup PlayVS to serve as its e-sports provider. Schools will use the platform to compete this spring.

Coaches will be able to manage team rosters, view match schedules and brackets, and track player stats through the PlayVS dashboard.

Supporters say the increasing acceptance means that colleges can offer scholarships to outstanding players, just as they do with other sports.

At the collegiate level, e-sports programs have been spreading since Robert Morris University in Chicago began a varsity program in 2014. Since then, the sport has boomed, with about 50 programs and a governing body, the National Association of Collegiate Esports.

This week, the board of education for Portales Municipal Schools, a school district in eastern New Mexico, unanimously approved a proposal to move forward with forming an e-sports team, the Eastern New Mexico News reported .

Portales Athletic Director Mark Gallego said e-sports are played in the spring, but they could be added to the fall sports season, too. That determination will be made this summer.

“There are some kids that they don’t excel at sports, they’re not really artistic or anything like that,” Mead told the newspaper. “So this gives them an outlet, and this is something they’re already doing when they get home.”

READ  Dope-smoking dad hit with 3-to-9 year sentence in death of 8-month-old son during night of weed, video games - New York Daily News
Share on FacebookShare on TwitterShare on PinterestShare on Reddit
newsgrooveMarch 11, 2019