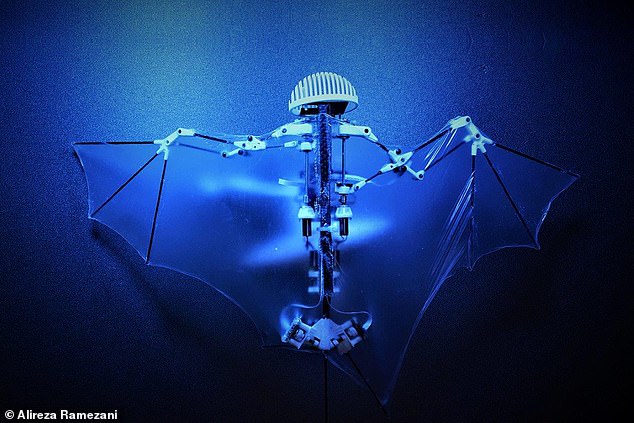 By Peter Lloyd for MailOnline

Drones frequently resemble helicopters or aeroplanes but now researchers have taken inspiration from birds, bats and insects to

A new generation of ultralight drone has been designed using flapping wings, as opposed to rigid ones, or rotating propellers.

Alireza Ramezan, a roboticist at Boston’s Northeastern University, devised the UAV after studying nature and hopes it could one day be used to enhance modern life by pollinating crops, collecting weather data and monitoring traffic.

They may even function as ‘guardians of future cities’, monitoring elderly people who live alone, or by working with the emergency services.

Mimic: The Bat Bot has highly stretchable silicone-based membrane wings that are controlled by number of joints, much like the creature it’s inspired by

‘There will be these machines that are round the clock doing monitoring and providing information,’ says Dr Ramezani.

‘We can think of them as the guardians of future cities.’

Dr Ramezani came up with the idea after studying how bats take flight.

He noticed that they can manipulate their wings into various shapes for increased agility – something other winged creates can’t do.

This deftly explains why his machine is playfully called the Bat Bot.

Weighing in at just 93 grams, it’s heavier than the average bat, but it would still be able to take flight with ease.

‘We implemented highly stretchable silicone-based membrane wings that are controlled by number of wing joints to best match the morphological characteristics of bat flight,’ he added. 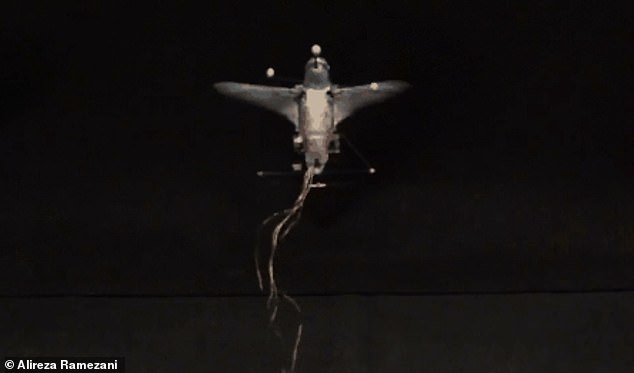 Social service: The Bat Bot may even function as ‘guardians of future cities’, monitoring elderly people who live alone, or by working with the emergency services 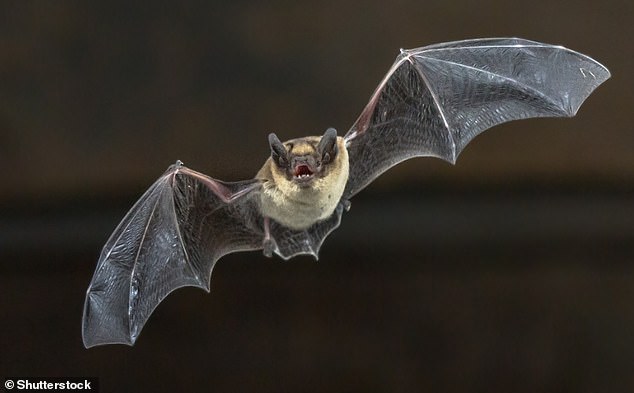 Inspiration: Ramezani came up with the idea after studying how bats take flight. He noticed that they can manipulate their wings into various shapes for increased agility

The new drones are still in the early prototype stage, which means it’ll be several years before they’re available for personal or commercial use, according to NBC.

However, when they do reach the market, it’s hoped they’ll be fitted with a range of functions such as GPS, sensors and and cameras. There’s even scope for them to work together, in sync.

Ramezani’s work was published in the journal Science Robotics.

Aerones is also the company behind ‘drone-diving,’ a new extreme sport that involves lifting someone into the air by a 28-propeller drone and dropping them to be parachuted safely back to the earth.

Preparation for the jump lasted six months and during that time, the team increased the payload up to 440 pounds (200kg) and conducted a number of tests, including flights carrying Augstkalns over the river Daugava.

The incredible video of the ‘drone-dive’ shows the drone taking off from a body of water and head towards a communication tower, which stands 393 feet (120 meter) tall.

A daredevil demonstrator grabbed a long handle hanging from the drone, which took him off the platform and into the air.

Once the drone reached 1,082 feet (330 meters), he let go and fell to the earth for a about one second before releasing a parachute.

The same drone was used in January to debut ‘drone-boarding’ by towing snowboarders at high speed across a frozen Latvian lake.

A video shared by the firm showed a snowboarder test out the drone at an abandoned airbase.