New Disney Plus Movies and TV Shows Streaming in January 2020 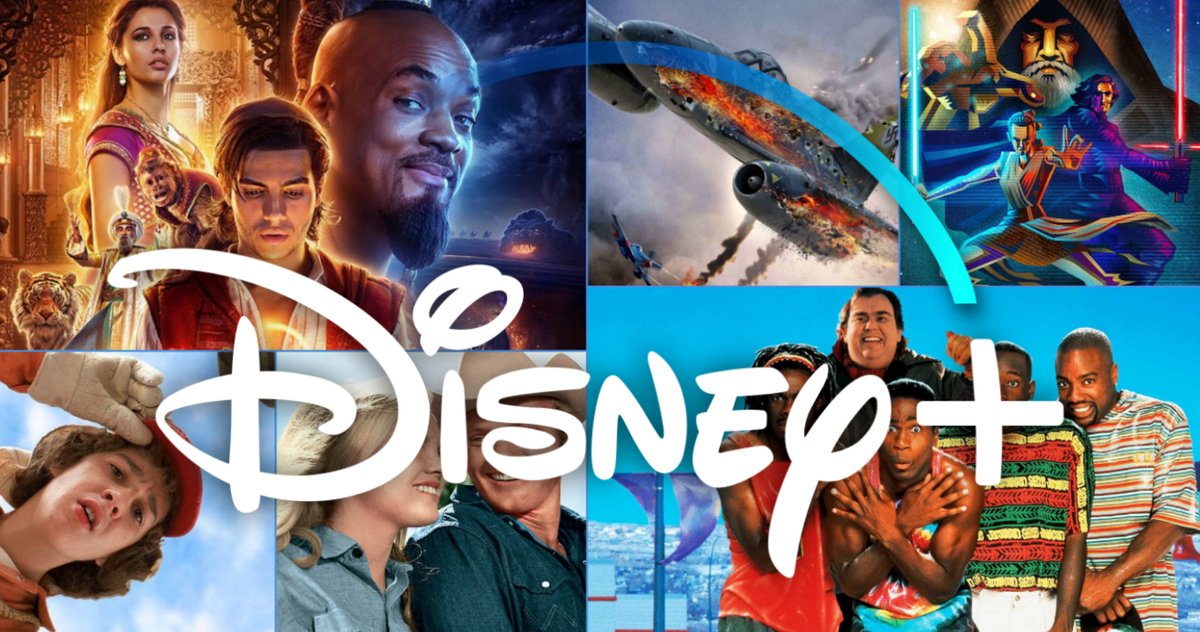 A new year, a new month. That means a lot of fun new stuff is coming to Disney+ starting New Year’s Day. There are some classic movies, a few new ones, and a whole bunch of anticipated TV shows that will get Disney fans extremely excited as they kick off 2020 with plenty of streaming options at their fingertips.

The streaming juggernaut that is Disney+ rocked the cordless world towards the end of 2020. Debuting on November 12, 2019, the nascent streaming service quickly grabbed a large part of the digital marketplace (10 million subscribers in one day – if the numbers are to be believed), and it shows no signs of slowing down. With a library as vast and identifiable as Disney’s is, it should surprise nobody that they launched and were immediately a threat to another red and black behemoth known as Netflix.

Off the Marvel and Star Wars properties alone, Disney+ probably would’ve still been the tsunami it’s been. However, the Mouse House has a very rich and deep catalogue that spans nearly 100 years if you start with Snow White and the Seven Dwarfs in 1937. Rather than make everything available at once, Disney+ is able to cherry-pick and do slow roll outs of their content throughout the years. As we enter 2020, one can only imagine what Disney+ is going to surprise users with. Here are all the best movies and TV shows that are making available in January.

Cool Runnings: John Candy. Whenever he appears anywhere I defy you to find one adult, 40 and up, who doesn’t get a warm feeling and believe that he was taken from us too soon. The best part about Cool Runnings is that this isn’t even Candy’s most “comic” performance. Rather, in the role of Irving Blitzer, Candy plays a man seeking redemption. After losing his gold medal for cheating in the Olympic Games, Candy is enlisted by a rag tag group of Jamaican bobsledders and seeks to find glory for them and redemption for himself. Okay, this may not be Planes, Trains & Automobiles but does it really need to be? This story is fun, family friendly, and it’s the kind of movie that shows you’re never too far from a second chance.

Holes: Shia LaBeouf stars in this solid adaptation of Louis Sachar’s beloved novel. Sachar also penned the script so there is a cohesiveness to this Disney+ property that we might not get otherwise. LaBeouf plays Stanley, he is wrongly convicted of a crime and then shipped away to a youth detention center in the desert. While there, he and others are tasked with digging holes for reasons that are not made clear to them. As you can guess part of the fun of this movie is figuring out why Stanley and his new friends are doing this. Aiding him in this adventure are Sigourney Weaver, Jon Voight, and the always good Tim Blake Nelson. Holes is two hours of fun entertainment that never pauses to take itself too seriously, yet, deals with very serious and important themes.

READ  The Main Event Trailer Brings the WWE, Big Dreams and a Litte Magic to Netflix

Marvel 75 Years: From Pulp to Pop!: Now, this is a documentary! Have you ever wanted to know how all this Marvel madness began? Look no further than the documentary Marvel 75 Years: From Pulp to Pop!. Honestly, with a 42 minute run time this might be a bit to short for the Uber-fan. Those looking for a brief, condensed history of the Marvel world will be more than satisfied. Basically, it starts with the publication of the first comic in 1939, talks about how Captain America aided the war effort in the 1940s, as well as the decline and rebirth of the superhero into what it is today. This documentary was released in 2014 so it isn’t going to include anything too recent (such as the upcoming Black Widow movie), but who knows, perhaps Disney+ has some teasers up their sleeve to coincide with this release?

Hacksaw: What would Disney+ be if it didn’t have a stable of horse movies to throw at us from time to time? From the studio that gave us Secretariat and Spirit: Stallion of the Cimarron, we get Hacksaw! What? The title sounds like a horror film from Blumhouse in the late 2000s. Starring Tab Hunter this television movie focuses on a girl who comes across a beautiful white horse, and decides to use it to compete in an important horse contest. On the face of it this might not seem like anything special. However, this movie is from 1971 so if anything you’ll get some of that old time Disney nostalgia. Given how much the world has changed since the 1970s, Disney+ seems to be banking on that to provide ample streaming content.

Red Tails: George Lucas’ first project after completing his Star Wars prequel trilogy was Red Tails. Now, it will arrive on Disney+ alongside his greatest creation. But this drama shouldn’t be dismissed. During World War II, the Civil Aeronautics Authority selects 13 black cadets to become part of an experimental program at the Tuskegee Institute in Alabama. The program aims at training “colored personnel” to become fighter pilots for the Army. However, discrimination, lack of institutional support and the racist belief that these men lacked the intelligence and aptitude for the job dog their every step. Despite this, the Tuskegee Airmen, as they become known, more than prove their worth.

Aladdin 2019: Will Smith stars in this well known tale of a simple street seller named Aladdin (Mena Massoud). Aladdin dreams big and all he wants is the love of Princess Jasmine (Naomi Scott). In those stories love is never that simple so Aladdin has to use a magic lamp in which a genie (Smith) emanates to grant him his wishes. Unfortunately, the evil Jafar (Marwan Kenzari) has other ideas in this live action version of Disney’s hit film from 1992. Reviews and thoughts on this movie were mixed. Some loved it, others hated it, and apparently only subscribers to Disney+ are going to be able to stream it.

READ  James Bond No Time To Die: Daniel Craig gets emotional as he says GOODBYE to role