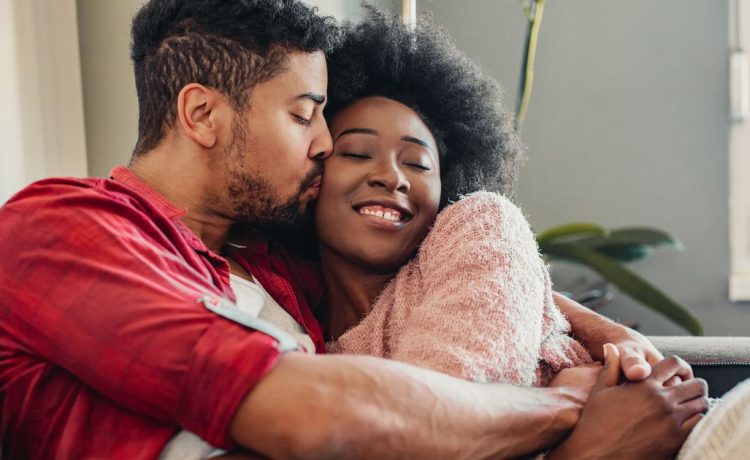 The government has announced major changes for 2.2million people in England who have been ‘shielding’ from coronavirus from July 6.

Since March, millions of clinically vulnerable people have been shut indoors practically the whole time, until recently not even leaving for exercise.

Now a plan to unlock those doors – in two stages on July 6 and August 1 – has been revealed by the government.

From July 6 shielding people can go out and meet up to five friends in a socially distanced way.

And crucially if they live alone, they can also form a ‘bubble’ with another household – allowing millions to hug and kiss their closest family or friends for the first time.

Then, from August 1, the advice to shield ends completely.

The exception is in Leicester, where current rules on shielding will remain due to a local lockdown.

The ability to go outside and hug and kiss will be welcome relief for millions whose mental health has taken a toll.

But charities warn there is too much “dangerous” ambiguity and people could have vital support withdrawn.

Sick pay and a system of food deliveries will end on July 31 – which they fear could leave shielded people in the lurch.

What will change from July 6?

From Monday 6 July, there are two major changes for all 2.2million people who are shielding in England.

Firstly, people who are shielding are able to join gatherings of up to six people outdoors.

These gatherings can be from up to six different households – but anyone from separate households must maintain a 2-metre distance.

This follows the rules that were unveiled for the rest of England from June 1.

Secondly, people who are shielding and live alone (or are single parents) will be able to join the ‘support bubble’ system topair up permanently with one other household.

They will be able to break the two-metre rule with people inside their bubble to hug and kiss.

One of the two households – the shielded household – must be a “single-adult” household. The other household can have an unlimited number of people.

What will change from August 1?

From Saturday 1 August, the 2.2million clinically vulnerable people in England will officially be told they no longer have to shield from the virus.

It will bring to an end a period of isolation lasting more than four months.

While they should strictly follow social distancing rules, they will be able to go back to work if they cannot work from home, and visit shops and places of worship.

Will shielding support end on August 1?

Not completely – but a lot of it will.

The government’s direct food parcel and medicine deliveries will end. Matt Hancock confirmed they “continue to the end of July”.

And shielding people will no longer be paid Statutory Sick Pay – unless they develop symptoms or are told to isolate. That brings them in line with the rest of the population.

The government claims help won’t simply end at the stroke of midnight on July 31.

NHS Volunteer Responders will still be able to help with collecting shopping or medication, a regular friendly phone call, or transport to appointments. Shielding people will also retain their priority for supermarket delivery slots.

But Nick Moberly, Chief Executive of the MS Society, warned: “We are gravely concerned that certain key support measures – such as food packages and Statutory Sick Pay – will be taken away prematurely.

“Without this help, and with many people still terrified of infection, for some the idea of normal life returning will feel more like a threat than an opportunity.”

What if I’m scared to return to work on August 1?

It’s up to you and your employer – not the government.

This is likely to prompt a major row from campaigners who want guaranteed legal protection for workers.

The government press release says: “From 1 August, those who need to work and cannot do so from home will be able to return to work as long as their workplace is COVID secure, adhering to the  guidance available.”

But it does not say what will happen if people feel too frightened or clinically vulnerable to go back.

And government sources confirmed this would be a conversation between a worker and their employer – rather than a set legal protection.

Health Secretary Matt Hancock told employers: “We expect you to do the right thing.”

Nick Moberly, Chief Executive of the MS Society, warned: “Those who now may have no choice but to return to work must be given the right information so that – together with their employer – they can ensure their working environment is safe.

“We also need clarity on what ‘carefully following social distancing’ means in the real world, in situations like shopping or meeting friends.

“There is still far too much room for interpretation, and this ambiguity could put people in danger.”

So are shielded people now under the same rules as other people in England?

Between July 6 and August 1, there are only specific changes. Shielding isn’t being lifted completely at that point. Shielded people are still advised not to go to the shops, pubs, restaurants and bars.

From August 1, shielding people are still advised to “continue to follow strict social distancing measures” so the rules are more or less the same as the non-shielded.

But they are still at higher risk.

What if my family already bubbled up with someone else in June?

Then you’re a bit stuck.

Single-adult households in the rest of England have already been able to bubble up with one other household since June 13.

But households are only meant to pick one “bubble buddy” and stick with that one, not switch around.

Could I end up having to shield all over again?

Yes, if there is a second wave of the pandemic.

Health Secretary Matt Hancock said the shielding list will be maintained and “we stand ready to support people to shield again if that is what’s clinically required”.

Mr Hancock also said there could be “local shielding” orders if the virus flares up in one particular city. That has already come true in Leicester.

Since March, those deemed ‘extremely clinically vulnerable’ to Covid-19 were asked to stay in their homes and not leave at all, even for exercise.

Those rules lasted until June 30 and have remained unchanged, apart from a big tweak on June 1.

This tweak allowed shielded people to go outside for the first time – either with their household or, if they live alone, with one person (from 2m away).

Who is supposed to ‘shield’?

The ‘shielding’ group in England is 2.2million people classed as “extremely clinically vulnerable”, who were specifically advised to stay at home at all times due to Covid-19.

A full list is here, but if you are in the shielded group you should have been contacted directly.

People received the advice if they have a condition that makes them vulnerable to contracting or becoming seriously ill from Covid-19.

It includes people undergoing chemotherapy or radiotherapy, anyone with cystic fibrosis or COPD, or those with significant heart conditions.

There is a misconception that shielded people are over 70 – this isn’t true.

No – there is no law forcing people to shield but it is advised for their own protection.

The government says there is a package of protective measures, including a helpline and food deliveries, to help people who can’t rely on friends and neighbours for supplies.

I want more information. Where can I get it?

A letter will be sent from Health Secretary Matt Hancock to everyone who is shielding in England with further details.

New guidance will also be published online with much more detail ahead of the two change dates – July 6 and August 1.

The government is working with charities and other groups to make the guidance “as clear as possible”, Matt Hancock said – but it isn’t ready yet.

Should I ask my GP what to do?

Deputy Chief Medical Officer Jenny Harries accepted some shielding people are more at risk than others.

But she defended lifting the shielding as a blanket policy for everyone.

She said the advice is based on the likelihood of bumping into a sick person while out and about.

She told the Mirror’s Oliver Milne: “Do not all go off to your GPs tomorrow morning because that probably won’t help the GPs or you.”

Why is this story only about England?

The UK government only has the power to make shielding rules for England because it’s a devolved power in Wales, Scotland and Northern Ireland.