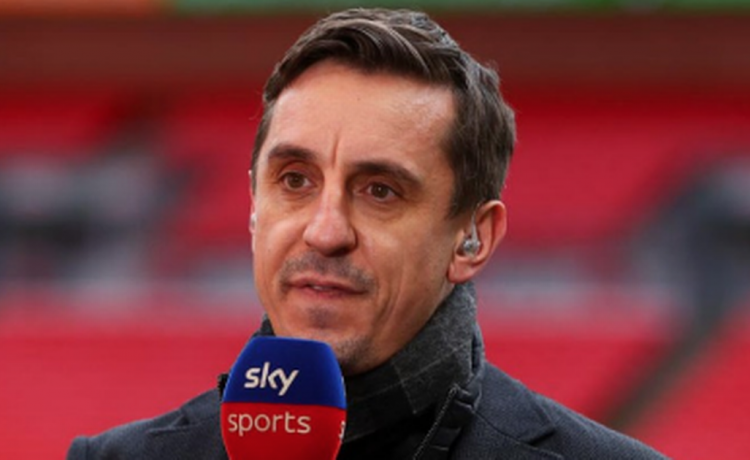 Manchester United face Tottenham today in what is a must-win game for Jose Mourinho, with the Spurs boss staring down the barrel of getting the sack this summer.

Mourinho will reportedly be fired by Tottenham this summer if he fails to deliver Champions League football.

Defeat at home against second-placed United would leave Spurs five points behind Chelsea – who seem to be hitting top gear after smashing Crystal Palace 4-1 on Saturday.

Mourinho still has the Carabao Cup final to look forward to in an attempt to salvage a rollercoaster of a season, but faces the prospect of having spent almost 18 months in charge without winning a trophy, and seemingly having taken the team backwards.

Mourinho spent two-and-a-half seasons in the top job at Old Trafford before being fired.

And speaking at the time, Gary Neville explained that Mourinho can’t be trusted to manage a team long-term.

He explained that letting Mourinho take a team into a third season is always a bad idea, and used his history as evidence.

Neville, speaking after what would turn out to be Mourinho’s final game as United boss, tore into Old Trafford chiefs for their decision to trust the iconic coach.

He said: “I think to be honest with you the boardroom is so naive it’s unbelievable. They are so naive to give him an extended contract knowing the cycle of Mourinho, with three years. The third year is always the difficult year for him. The minute he came back from pre-season he was at it, and the club lost control.

“There isn’t that experience or knowledge in the football club above him to be able to manage, control and handle him.

“You listen to press conferences and they are not sure what he’s going to say next and they don’t know what to do with him.

“Manchester United need to reset. And it’s not just the manager, it’s deeper than that.”

United went on to fire Mourinho and replace him with Ole Gunnar Solskjaer, who has taken the Red Devils into second place in the table as well as the Europa League quarter-finals.

For Mourinho, it seems Neville’s prediction is coming true all over again.