Netflix's Blonde: Plot, Cast, and Everything Else We Know


When people think of famous blondes, one name always comes to mind: Marilyn Monroe. Monroe was an American actress, singer, and model who made her name playing “blonde bombshells” in a multitude of films from the 1950s to the 1960s. She was something of an icon for the era’s sexual revolution and is ranked by the American Film Institute as one of the greatest female screen legends of the Golden Age of Hollywood. So it only makes sense that she’s had her story told many times.

Even from the early years following her death, Marilyn has had unofficial films and made-for-TV movies come out as “untold stories.” However, the most recent is sure to be a hit. Initially slated for a 2021 release, Blonde is set to come out in the fall of this year and is already stirring the pot with its rating, stars, and story.

Here’s what audiences should know about the upcoming Netflix Original Blonde.

The film is based on the bestselling 2000 novel by Joyce Carol Oates. It is a fictionalized version of Monroe’s life and was first conceived after Oates saw a photo of the young star when she won a beauty contest in 1941. The synopsis for Blonde reads,

“[The film] boldly reimagines the life of one of Hollywood’s most enduring icons, Marilyn Monroe. From her volatile childhood as Norma Jeane, through her rise to stardom and romantic entanglements, ‘Blonde’ blurs the lines of fact and fiction to explore the widening split between her public and private selves.”

The film is rated NC-17 for its graphic sexual content and will be the first film of its kind to be put onto the streaming service.

The film is directed by Andrew Dominik, a New Zealand-born Australian film director and screenwriter. He is known for his work on Killing Them Softly (2012), starring Brad Pitt, and more recently, episodes of the Netflix series Mindhunter (2019). Oates highly approves of the director, stating:

“Andrew Dominik is a very brilliant director. I think he succeeded in showing the experience of Norma Jeanne Baker from her perspective, rather than see it from the outside, the male gaze looking at a woman. He immersed himself in her perspective.”

The film is also being produced by Brad Pitt’s production company, Plan B Entertainment, Inc., which he founded in 2001 with Brad Grey and Jennifer Aniston. He is joined in his producing responsibilities by the president of Plan B, Dede Gardner, and American film producer Jeremy Kleiner (Moonlight, 2016). Also producing are Tracey Landon, who co-produced the upcoming film Amsterdam, starring Margot Robbie, Christian Bale, John David Washington, and Scott Robertson, who was an executive producer on Booksmart (2019).

Related: Elvis: Why This Biopic in Particular Has Gotten Huge

The film has generated quite a lot of buzz for its leading lady. Headlining the film as Marilyn Monroe will be Ana de Armas. The Cuban and Spanish actress snatched up the role and mesmerized the director after just a single audition. This came after nearly a decade of Dominik searching for the right actress for the role. Many voiced concern about Armas’ performance, including her prominent accent.

However, the actress has earned many praises, including from her Knives Out co-star, Jamie Lee Curtis, whose father starred opposite Monroe in Some Like It Hot, saying:

“I dropped to the floor. I couldn’t believe it. Ana was completely gone. She was Marilyn.”

The actress is joined by an incredible cast. Adrien Brody, known for his roles in films like The Pianist (2002), King Kong (2005), and The French Dispatch (2021), will be playing the role of Arthur Miller, one of Monroe’s husbands and famous playwright and screenwriter in the 20th century. Bobby Cannavale (The Irishman, 2019) will be portraying another of Marilyn’s husbands, American baseball icon Joe DiMaggio. The cast includes so many more exceptional talents, including Julianne Nicholson (I, Tonya, 2019), Caspar Phillipson (Jackie, 2016), Toby Huss (Halloween, 2018), and more.

The film will globally hit Netflix on September 23, 2022.

The film has been promised to cause controversy. Star Adrien Brody stated in the Actor’s Side podcast, “There will be some controversy with that one, I’m sure.” The film’s director commented on this, crediting the #MeToo movement with the film finally getting made.

Dominik stated that before the movement, “nobody was interested in that [kind of story].” He also said that the film will go after “American sacred cows” that affected Monroe’s life significantly, like President John F. Kennedy and Joe DiMaggio.

Oates discussed the film and how she wanted to tell a story of the real version of Monroe and not the bubblegum beauty queen the world has come to idolize. She wanted a story of the life her persona left her with. She stated:

“It’s like a fantastic image, but to make it a livelihood is to endure a good deal of anguish. As Marilyn got older, she was still being given these roles a young starlet would play, and she was feeling humiliated. You can’t keep playing this dumb blonde nearing the age of 40. Some people say she committed suicide. I don’t necessarily think that. I think she may have died of something like extreme despair. She gained a fame in the world, but that’s not an identity you can live with. It is one that made a lot of money for a lot of men, but not much for herself. When she died, at 36, she didn’t own enough money for a proper funeral.” 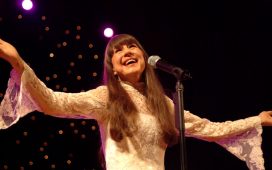 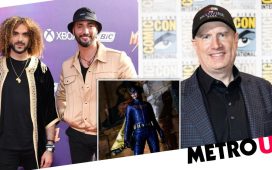 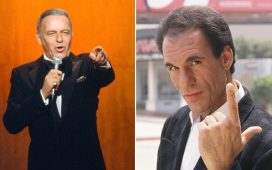 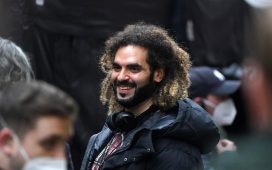 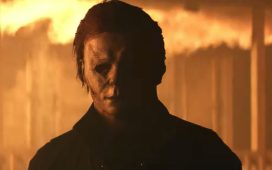 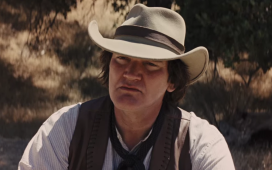 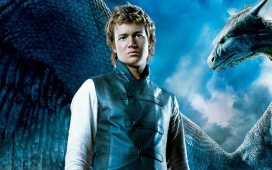