REVEALED: 87% of meat and poultry plant workers who were infected with coronavirus were minorities, CDC report finds

The overwhelming majority of meat and poultry processing facility workers who were infected with the novel coronavirus were racial or ethnic minorities, a new report finds.

Of more than 16,000 workers who contracted COVID-19, the disease caused by the virus, around 87 percent were black, Hispanic, or Asian, the Centers for Disease Control and Prevention (CDC) revealed on Tuesday.

But some workers of color were more likely to be affected than others.

Fives times as many Hispanic employees were infected as black employees and nearly eight times more than Asian workers. 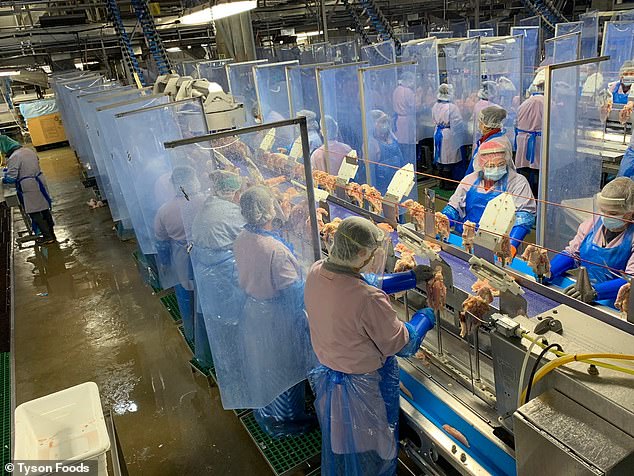 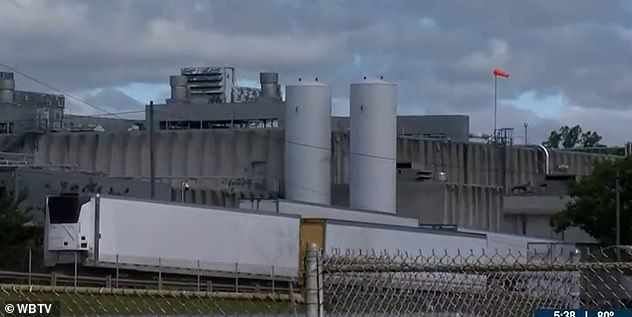 There are 1.3 times as many Caucasians employees as Hispanic ones, but Hispanic workers were four times more likely to fall sick than whites. Pictured: A Tyson Foods chicken-processing plant in Wilkesboro, North Carolina that reported 25.4% of its employees have tested positive for coronavirus, courtesy of WBTV

For the report, the researchers looked at 239 facilities with one or more laboratory-confirmed cases of the virus and deaths in 23 states reported through May 31.

A total of 16,233 workers tested positive for COVID-19, and 86 were linked to the highly-infectious disease.

The percentage of workers sickened with the virus ranged between 3.1 percent and 24.5 percent per facility.

About 88 percent of ill people experienced symptoms such as cough, fever or shortness of breath while 12 percent were asymptomatic or presymptomatic. 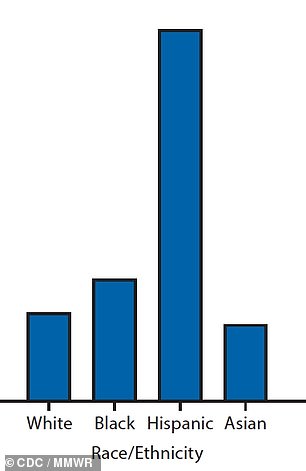 Among nearly 10,000 cases in 21 states in which race or ethnicity were reported, 87 percent occurred among minorities.

Hispanic workers, who make up a larger percentage of the minority workforce, were the most likely to be affected with 56 percent testing positive.

About 20 percent of black workers contracted the virus as did 12 percent of Asians.

The rates are in stark contrast with the racial makeup of the meat and poultry workforce, which is around 39 percent white, 30 percent Hispanic, 25 percent black, and six percent Asian.

READ  From 40 hospitals to six: how the Tories' NHS numbers don't add up

It means there are 1.3 times as many Caucasians employees as Hispanic ones, but Hispanic workers were four times more likely to fall sick than whites.

‘[This suggests] that Hispanic and Asian workers might be disproportionately affected by COVID-19 in this workplace setting,’ the authors wrote.

‘Ongoing efforts to reduce incidence and better understand the effects of COVID-19 on the health of racial and ethnic minorities are important to ensure that workplace-specific prevention strategies and intervention messages are tailored to those groups most affected by COVID-19 .’ 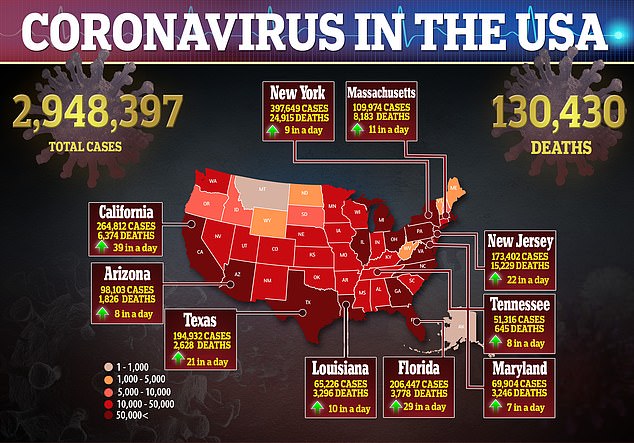 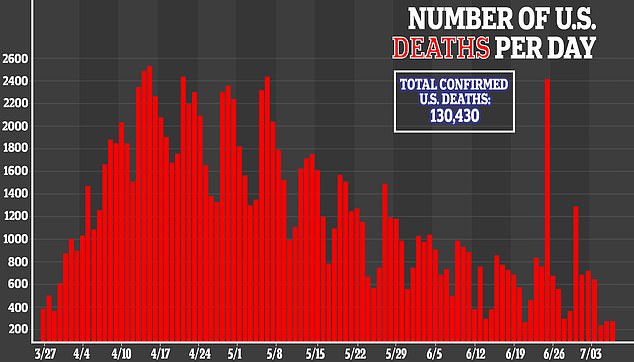 The team says it isn’t surprising meat processing workers are at high risk of exposure to the coronavirus.

Many work less than six feet apart for longer than 15 minutes in cramped quarters, there is shared transportation to and from the plant, and some even live together.

To reduce the risk of spread, the CDC recommends that worker be given ‘culturally appropriate health education materials.’ 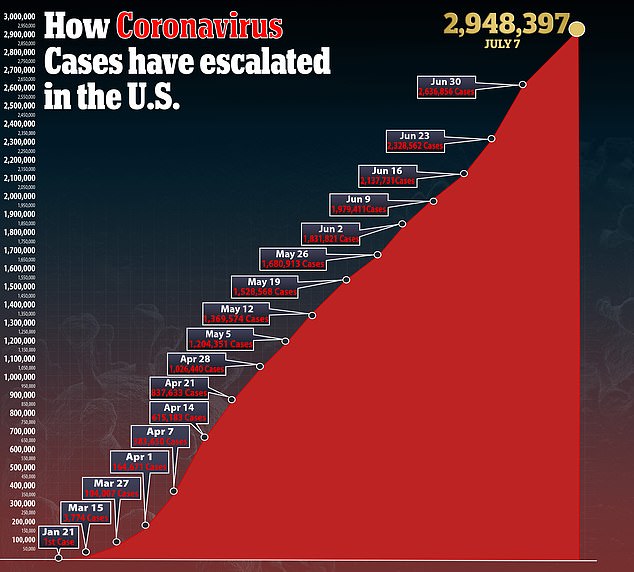 NIH researchers will track the spread of coronavirus among 2,000 families

NIH researchers will track the spread of coronavirus among 2,000 families