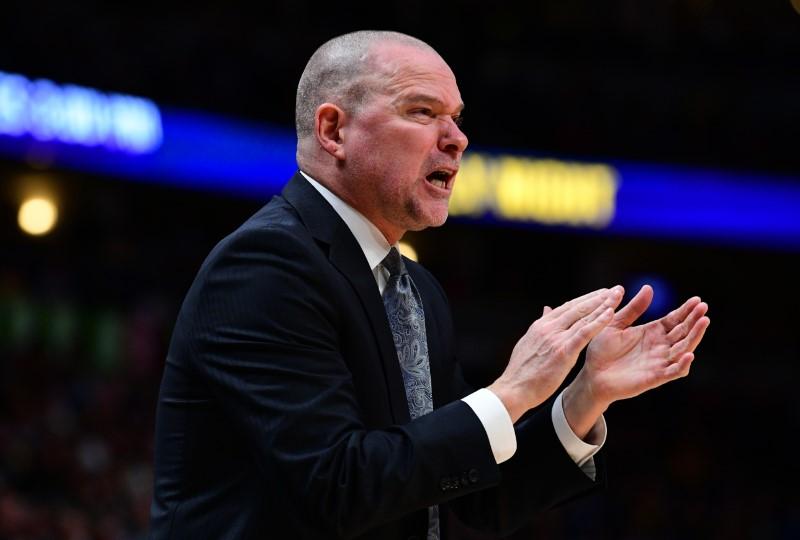 The Denver Nuggets and head coach Michael Malone agreed to a contract extension Tuesday. Terms were not disclosed, but ESPN reported the deal extends through the 2022-23 season.

The Nuggets (21-8) currently have the second-best record in the Western Conference behind the Los Angeles Lakers (24-6).

“We have been very fortunate to have Coach Malone lead our resurgence. His tireless work ethic and passion are clearly reflected in the continued improvement of our roster,” president of basketball operations Tim Connelly said in a press release. “We are all extremely excited for him to continue to lead our team as we try to build a championship level organization.”

In his fifth season with Denver, Malone is already the fourth-winningest coach in franchise history at 194-163 (54.3 percent).

—Mavericks star guard Luka Doncic is closing in on a return, which could come as soon as Dallas’ Thursday home game against the San Antonio Spurs.

The 20-year-old has missed the past four games with an ankle injury but returned to practice on Tuesday.

—The Los Angeles Lakers should have their two stars in the lineup Wednesday when they face the “visiting” Los Angeles Clippers in a marquee game.

Lakers stars LeBron James and Anthony Davis are listed as questionable, but both are expected to start against the Clippers in the Christmas Day meeting. The Lakers enter with a season-high three-game losing streak.

James missed a 128-104 loss to the visiting Denver Nuggets on Sunday because of a muscle strain near his rib cage. Making matters worse, Davis slipped in the third quarter, and his right knee bent awkwardly. He left the game in discomfort, returned for a few minutes, but then departed for good as Denver’s lead continued to expand.

—Philadelphia 76ers rookie guard Matisse Thybulle will miss two to four weeks due to a sprained right knee, according to multiple reports. The team is optimistic that the 2019 first-round draft pick could be cleared at the two-week evaluation date, Yahoo Sports reported.

Thybulle, 22, hyperextended the knee Saturday in the fourth quarter of Philadelphia’s 125-108 win against the visiting Washington Wizards. He did not play Monday in the 76ers’ 125-109 road win against the Detroit Pistons.