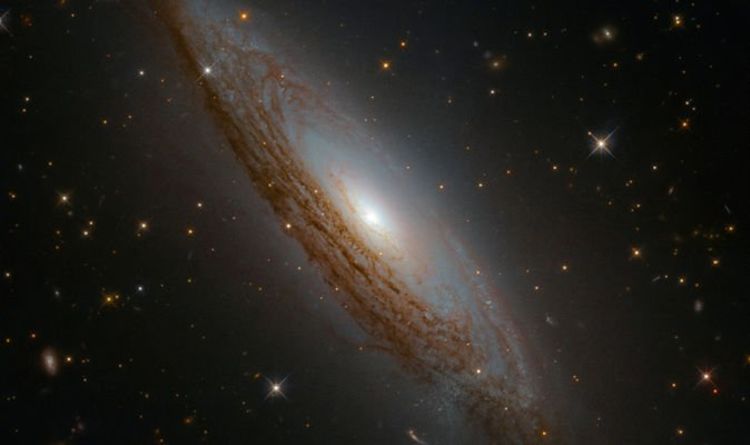 An active galactic nucleus is a densely packed region of space at the heart of a galaxy that is considerably brighter than the rest of the galaxy.

The active nucleus is also a sign of stellar material such as gasses and dust being consumed by the black hole.

When the material falls towards the gravitational abyss, some of it ends up in a hot, spinning disc around the black hole.

The hot ring of material then releases radiation out into space, allowing astronomers to hone-in on the otherwise invisible black hole.

You can see from Hubble’s picture, the centre of the galaxy is much brighter than its darker swirls of stellar gas.

READ  The problem with sex – Science Weekly podcast
Share on FacebookShare on TwitterShare on PinterestShare on Reddit
newsgrooveDecember 30, 2019