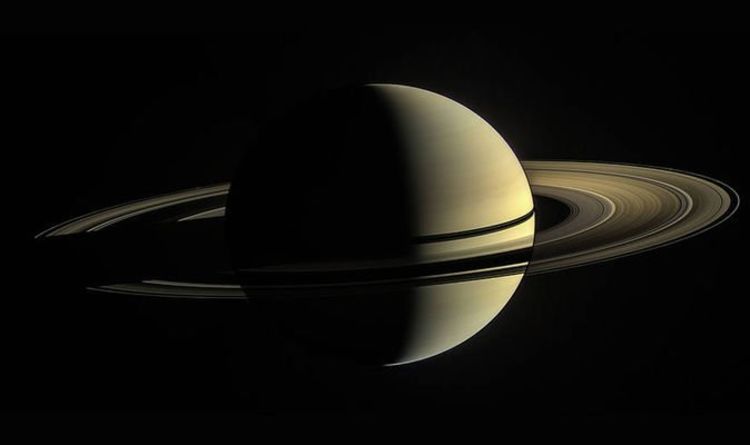 NASA’s Cassini spacecraft spectacularly crashed into the ringed giant Saturn on September 15, 2017, after 20 years in space. And yet, two years later, astronomers are still making groundbreaking discoveries in Cassini’s treasure trove of collected data. Today (June 13), a team of international researchers, including scientists in the UK, have revealed the latest batch of incredible Cassini observations. The results showcase the closest-ever view of Saturn’s rings and prove NASA’s Cassini probe still has much to offer to science.

The Cassini-Huygens data published today was collected during so-called Ring Grazing Orbits made from December 2016 to April 2017 and Cassini’s final flyby of Saturn’s clouds from April to September 2017.

The results demonstrate how unusual combinations of masses, shapes and textures lurk in Saturn’s rings and are affecting the way they are shaped.

Up-close images and ring maps further reveal how the composition, chemistry and temperatures vary across the rings.

The study has also found how tiny moons peppered throughout Saturn’s rings – all dubbed A to G – sculpt their shape.

This discovery could have widespread implications for the understanding of how our early solar system was formed.

Matt Tiscareno, the study’s lead author and scientist at the SETI Institute of California, said: “These new details of how the moons are sculpting the rings in various ways provide a window into solar system formation, where you also have disks evolving under the influence of masses embedded within them.”

And professor Carl Murray from Queen Mary University of London, who co-authored the study, said: “These new results show how Cassini continued to surprise us right to the very end.

READ  Big pharma is denying children like my son vital drugs. So I've set up a buyers club | Robert Long

“The close-up views have helped us to resolve previously unseen structures in the rings as well as provide even more mysteries to solve.”

The Cassini study was penned by a team of scientists including Professor Murray and Queen Mary colleague Dr Nick Cooper.

READ MORE: What is this mysterious ‘towering HEXAGON’ in Saturn’s atmosphere?

The astronomers’ study was funded and supported by the Science and Technology Facilities Council (STFC) here in the UK.

In the study, the scientists noticed Saturn’s moons interact with the particles surrounding them in the very same way a newly forming planet would.

The study has also proposed a number of streaks in the outer edge of Saturn’s rings were caused when a cluster of Saturn-orbiting rocks struck simultaneously.

Professor Murray said: “Saturn’s F ring has always been enigmatic with its bizarre, twisted appearance and bewildering array of features.

“Capturing images of the trails left by a synchronised stream of impactors as they hit the ring’s core has given us a unique insight into the processes that have shaped the ring.

“We think that the ‘formation flying’ impactors are the pieces of a moonlet that was orbiting close to the F ring and was disrupted by the gravitational effect of the nearby moon, Prometheus, as they passed one another.

“Our research at Queen Mary has shown that Prometheus could also be involved in the formation of such moonlets – as Prometheus passes by its gravity can trigger ring particles to coalesce forming potential new objects. Therefore, Prometheus can create as well as destroy.”

NASA’s Cassini probe launched into space in 1997 on an incredible voyage to study the Saturn, its rings and its moons.

Cassini took one final plunge towards the planet in September 2017, falling towards the Saturn’s surface in one last glorious spectacle.

The study’s findings were published today in the journal Science.