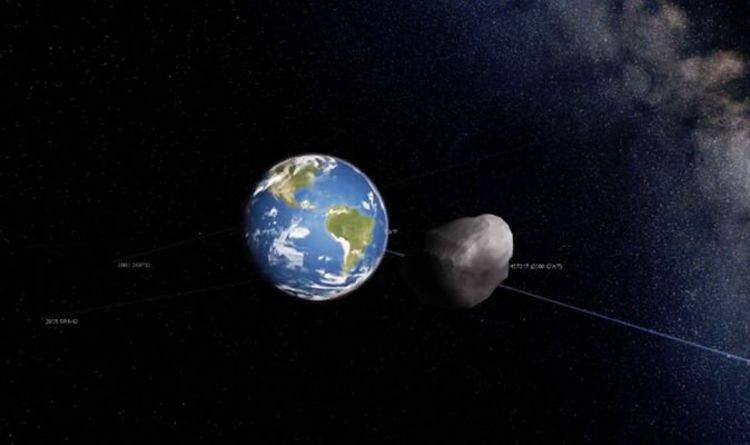 The Asteroid, called 2000 QW7, was first discovered by NASA on August 8, 2000. Its closest approach to Earth is expected to occur on September 14 around 23:54 UTC. And the last observation of the monster asteroid occurred on August 20, 2019. NASA estimated the diameter of the asteroid to be 2,132 feet (650m metres) and it will be passing Earth at a terrifying velocity of 14,338 mph.

There is currently a 3,312,944 mile distance between the asteroid and the Earth.

NASA estimated the threat level for this asteroid as moderate, so a hit is still possible but not likely this year.

Space X and Tesla CEO Elon Musk pointed out on Twitter last week that Earth currently has no defence against ‘killer’ asteroids.

Replying to a Tweet about the asteroid Apophis, which will scrape past Earth in 2029, Musk pointed out that there is, currently, no defence system to protect our planet.

Musk said: “Wouldn’t worry about this particular one, but a big rock will hit Earth eventually & we currently have no defence.”

READ MORE: Asteroid near miss: THIS is what would happen if an asteroid hit Earth

The so-called Apophis asteroid, a gargantuan space rock taller than the Eiffel Tower, will speed perilously and unprecedentedly close to Earth in just ten years time.

Educational YouTube channel Second Thought explained: “Many scientists are keeping a close eye on the asteroid Apophis, which in 10 years will pass just 19,000 miles from Earth – basically skimming the surface in cosmological terms. To put in perspective just how close it will be, consider the fact Apophis will pass between weather satellites and the Earth.

“Apophis, named after the Egyptian God of Chaos, is classified as a potentially hazardous asteroid.

“An asteroid is given this designation if it meets a certain size and proximity to Earth threshold.

NASA, however, claims there is only a one in 250,000 chance of Apophis hitting our planet.

Steve Chesley who works for the agency explained: “Apophis has been one of those celestial bodies that has captured the public’s interest since it was discovered in 2004.

“Updated computational techniques and newly available data indicate the probability of an Earth encounter on April 13, 2036, for Apophis has dropped from one-in-45,000 to about four-in-a million.”

The Astrophysical Observatory of Turin’s Alberto Cellino warned: “We can rule out a collision at the next closest approach with the Earth, but then the orbit will change in a way that is not fully predictable just now, so we cannot predict the behaviour on a longer timescale.”

NASA is currently in the process of developing the Double Asteroid Redirection Test (DART).

DART will test if it is possible to redirect asteroids that are threatening to impact with Earth.