NASA news: Is Pluto a planet after all? NASA chief in major row 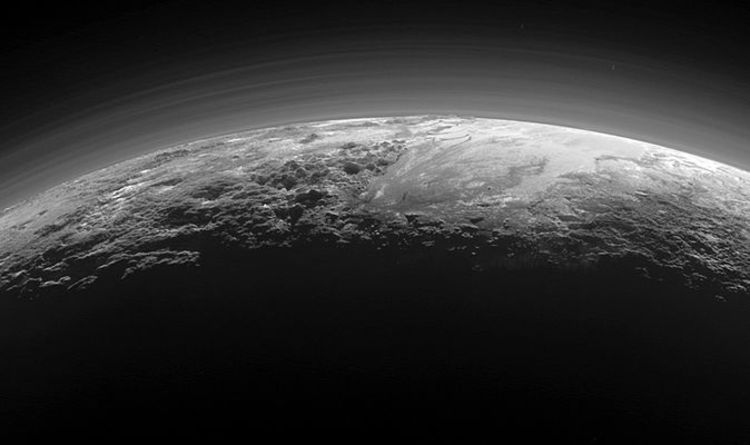 A little over 13 years have elapsed since Pluto’s official definition changed. What was once numbered among the Solar System’s planets became a humble dwarf planet in 2006. Now NASA head Jim Bridenstine has reignited the cosmic controversy by reiterating his belief Pluto should be a reclassified as a planet.

Mr Bridenstine said in an unbroadcasted interview how he remains resolute in his belief Pluto is a legitimate planet.

He said while touring the University of Colorado’s Aerospace Engineering Sciences Building: “Just so you know, in my view, Pluto is a planet.

“You can write that the NASA Administrator declared Pluto a planet once again.

“I’m sticking by that, it’s the way I learnt it, and I’m committed to it.”

The International Astronomical Union (IAU) in August 2006 established a definition of a planet requiring it to “clear” its orbit, meaning to be the largest gravitational force in its orbit.

This resulted in removing Pluto from the ranks of the Solar System’s elite, taking the number of planets down to nine.

This relegation results from the influence exerted by Neptune’s gravity on its neighbouring planet.

Pluto also shares its orbit with frozen gases and objects in the Kuiper belt.

But many astronomy experts have never accepted the change in status despite the official ruling.

However, Mr Bridenstine’s comments are unlikely to influence the official bodies and convince them to make a U-turn to reinstate Pluto.

A study from last year however, has conferred more robust support to make a decision.

Research from the University of Central Florida (UCF) argues the reason Pluto lost its planet status is “not valid”.

It reviewed scientific literature from the past 200 years and found only one publication – from 1802 – that used the clearing-orbit requirement to classify planets, and it was based on since-disproven reasoning.

UCF planetary scientist Dr Philip Metzger, who is with the university’s Florida Space Institute, said: “The IAU definition would say that the fundamental object of planetary science, the planet, is supposed to be a defined on the basis of a concept that nobody uses in their research.

“And it would leave out the second-most complex, interesting planet in our solar system.”

Dr Metzger said moons such as Saturn’s Titan and Jupiter’s Europa have been routinely called planets by planetary scientists since the time of Galileo.

He added: “We now have a list of well over 100 recent examples of planetary scientists using the word planet in a way that violates the IAU definition, but they are doing it because it’s functionally useful.

“It’s a sloppy definition. They didn’t say what they meant by clearing their orbit.

“If you take that literally, then there are no planets, because no planet clears its orbit.”