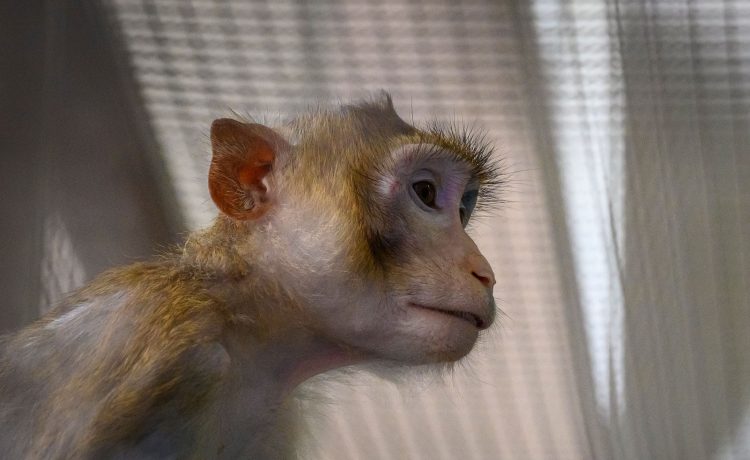 Every monkey held by the centre was put to death by administrated drugs on 2 February last year, documents obtained by the newspaper reportedly revealed.

According to the report, which cites documents released under freedom of information laws, monkeys were ageing and 21 were suffering from Parkinson’s disease.

The animals were reportedly housed at the facility in a joint care arrangement between NASA and LifeSource BioMedical, a separate drug research subsidiary.

The company reportedly leases space at the centre to house the primates and said they had accepted them “years ago” after sanctuaries could not be found due to their age and poor health.

Stephanie Solis, chief executive of LifeSource BioMedical, told The Guardian: “We agreed to accept the animals, acting as a sanctuary and providing all care at our own cost, until their advanced age and declining health resulted in a decision to humanely euthanize to avoid a poor quality of life,” she said.

Animal rights advocates and others have condemned the decision to put the animals to death rather than move them to a sanctuary.

Mike Ryan, spokesman for Rise for Animals, the group that obtained the freedom of information documents on the Ames primate deaths, called the lives of the monkey’s “tragic afterthoughts.”

“NASA has many strengths, but when it comes to animal welfare practices, they’re obsolete.”

John Gluck, an expert in animal ethics at the University of New Mexico, told the newspaper that primates “were suffering the ethological deprivations and frustrations inherent in laboratory life”.

Mr Gluck expressed frustration that the monkeys were “apparently not considered worthy of a chance at a sanctuary life”.

“Not even a try?” he added. “Disposal instead of the expression of simple decency. Shame on those responsible.”

Kathleen Rice, a Democrat US House representative who has been pushing for researchers to consider “humane retirement policies” for animals, told the newspaper she had wrote to Jim Bridenstine, NASA’s administrator, asking for an explanation of the deaths.

“I look forward to an explanation from administrator Bridenstine on why these animals were forced to waste away in captivity and be euthanized rather than live out their lives in a sanctuary,” Ms Rice told The Guardian.

More and more research facilities are retiring the monkeys used for animal testing to sanctuaries rather than euthanising them in recent years.