NASA have admitted they have no clue why a nearby asteroid is “expelling” mysterious material. For the past year NASA’s OSIRIS-REx spacecraft has been circling a large asteroid named Bennu that regularly passes close to Earth. Images sent back from the OSIRIS-REx has stunned scientists this week after it shows the asteroid randomly flinging off objects into space.

The navigation cameras on OSIRIS-REx captured three bizarre eruptions that each spewed about 100 centimeter-sized asteroid particles into space.

The researchers first mistook the bright flecks of light as stars in the background.

However, they quickly realised that these material was 10cm-wide objects being spewed from Bennu’s surface.

The reason behind the surprisingly volatile asteroid surface remains unclear.

Dante Lauretta, the principal investigator of the OSIRIS-REx mission, and professor of planetary science and cosmochemistry at the University of Arizona, spoke out about the finding.

He said: “Among Bennu’s many surprises, the particle ejections sparked our curiosity, and we’ve spent the last several months investigating this mystery.

“This is a great opportunity to expand our knowledge of how asteroids behave.”

Carl Hergenrother, an astronomer at the University of Arizona and the scientist who proposed Bennu as the target for OSIRIS-REx, added: “No one has ever seen an active asteroid up close like this.

Mr Hergenrother suspects the mysterious eruptions could be due to the extreme temperatures on Bennu, which moves between 240F and -100F

Other possible explanations include meteoroid impacts or the release of water vapor.

OSIRIS-REx is expected to eventually land on Bennu, with an attempt to pick up surface samples before returning to Earth in 2023.

Bennu sits between Earth and Mar in a common meteoroid impact zone. 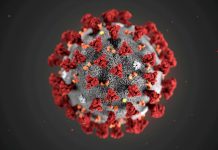 Why is the UK taking so long to get coronavirus testing up to speed? | Paul Hunter 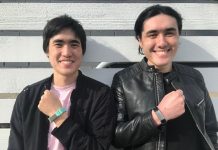 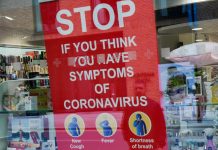