NASA asteroid alert: A giant space rock is about to swing past Earth at 20,000MPH 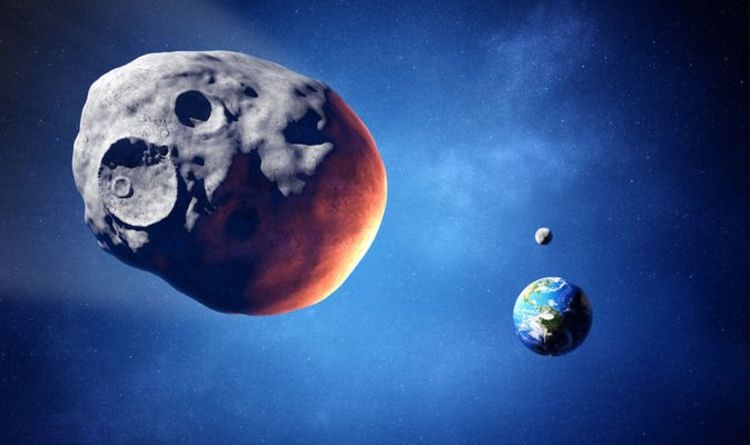 The NASA asteroid, dubbed Asteroid 2019 QP1, is en route to skim the Earth on Saturday, August 31. NASA estimates the asteroid will come closest to Earth in the wee morning hours. The so-called Earth Close Approach will occur at approximately 3.15am BST (2.15am UTC) in the morning. When this happens, NASA said the asteroid will be fly past Earth at 8.94km per second or 19,998mph (32,183kph).

Asteroid QP1 is an Apollo-type Near-Earth Object or NEO.

Apollo asteroids orbit the Sun along a trajectory similar to that of Asteroid 1862 Apollo.

NEOs are all comets and asteroids in the inner circles of the solar system that come close to our home planet.

NASA’s first observation of QP1 was made on August 23 this year.

Since then, NASA tracked the space rock 13 times to determine its size, speed and orbit.

At the upper end of that estimate, the asteroid is comparable in size to seven 1964 Volkswagen Beetle cars.

At the lower end of the scale, the asteroid is as wide as the Hollywood sign in Los Angeles is tall.

READ MORE: How often do asteroids hit Earth? What is the danger?

A space rock this big would most likely burn up in the atmosphere but past incidents show even small asteroids can cause a lot of damage.

When a 65.6ft-wide (20m) entered the atmosphere undetected in 2013 over Russia’s Chelyabinsk Oblast, more than 1,000 people were injured.

The Chelyabinsk Meteor exploded in the sky before it could hit the ground but the resulting shockwave blew out windows in a wide radius.

At the time, NASA dubbed the incident a cosmic “wake-up call” to the dangers lurking in space.

So, is there any danger Asteroid QP1 will hit the Earth this weekend?

At its closest, NASA expects the asteroid to approach our home planet from about 0.02689 astronomical units (au).

A single astronomical unit describes the distance from Earth to the Sun or about 93 million miles (149.6 million km).

This means the asteroid will approach our planet from a distance of roughly 2.49 million miles (4.02 million km).

In other words, the space rock will zip by about 10 times as far as the Moon is from Earth.

After Saturday’s flyby, NASA expects the asteroid to make one more close approach on August 5, 2021.