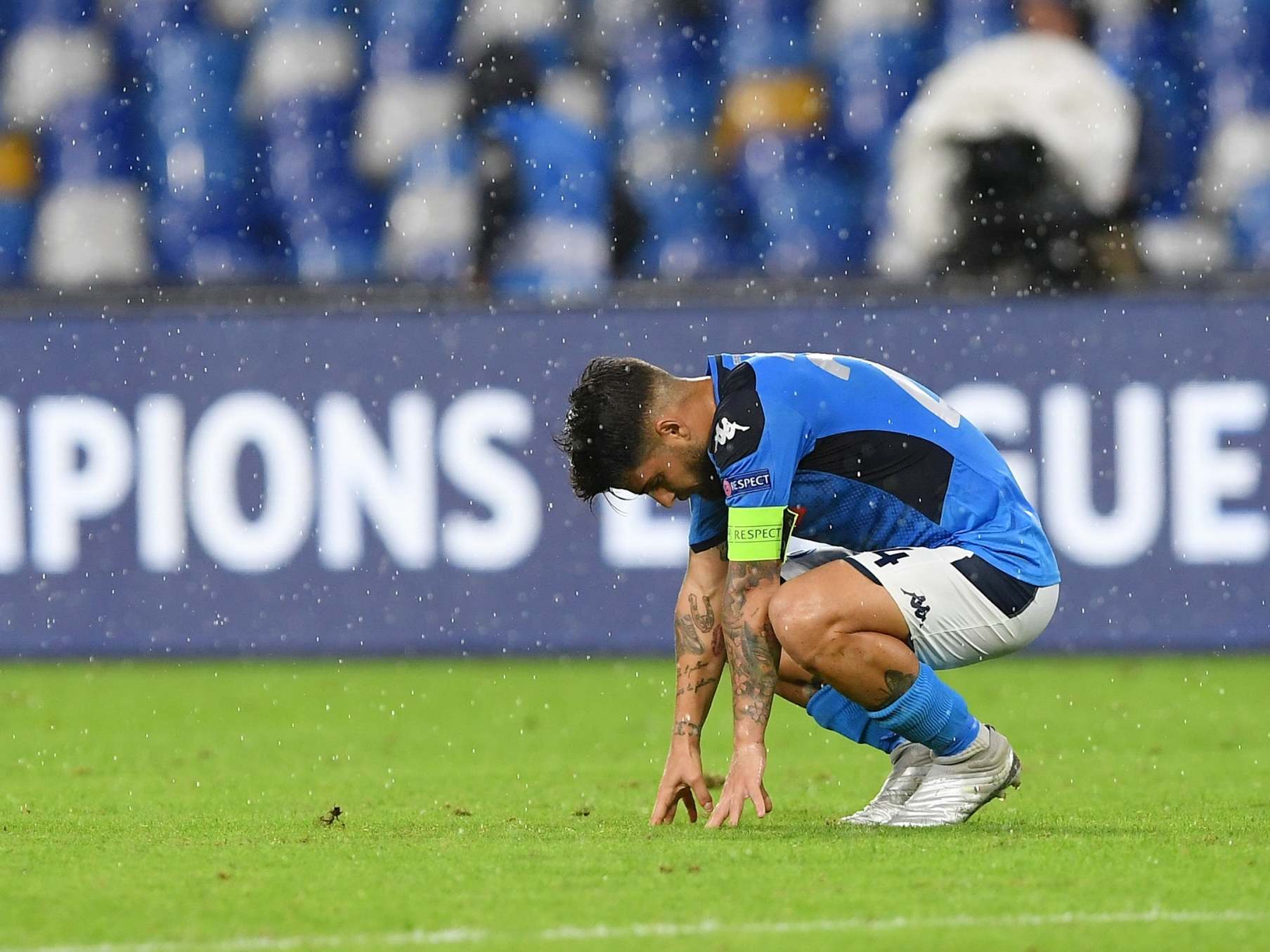 Napoli’s bad run of news over the past couple of weeks looks set to continue, with the news that key forward Lorenzo Insigne will miss the Champions League trip to Liverpool.

The Serie A have struggled for results in recent weeks, being without a win in their last six across all competitions and with just two victories in their last 10.

In addition, a breakdown in relations between the president and the playing squad has the club as a whole split.

Carlo Ancelotti’s side sit seventh in the domestic league table, but a win at Anfield on Wednesday would send them top of Group E in Europe.

That task has been made more difficult, though, by the news that Napoli will be without two key attackers, with Insigne and Arkadiusz Milik both absent.

Insigne was replaced just after the hour mark at the weekend in a 1-1 draw with AC Milan, suffering a badly bruised elbow.

The Italy international trained alone ahead of Napoli’s trip to Merseyside, and will not be part of the squad as a result.

Milik, meanwhile, has missed the last two matches through injury as well as Poland’s games across the international break, when he was hoping to win a milestone 50th cap.

Prior to his injury, Milik has scored five goals in his previous four starts for Napoli, while Insigne has four goals and six assists this season, mostly from the left wing.

With the offensive duo sidelined, Dries Mertens and Hirving Lozano will be the main attacking outlets for Napoli, most likely along with Jose Callejon.

Full-back Faouzhi Ghoulam trained with the team but will not form part of the travelling squad for the match, while Kevin Malcuit is a long-term absentee.

While Napoli need a win to guarantee their progress to the last 16, the same can be said of Liverpool.

Both teams will want to wrap up their qualification for the knock-outs, offering a chance to rest players for the final group matchday, while Ancelotti has the added pressure to ease resulting from Napoli’s poor recent results.

READ  Riyad Mahrez's wife posts shocking clip of herself driving with feet on dashboard
Share on FacebookShare on TwitterShare on PinterestShare on Reddit
newsgrooveNovember 25, 2019