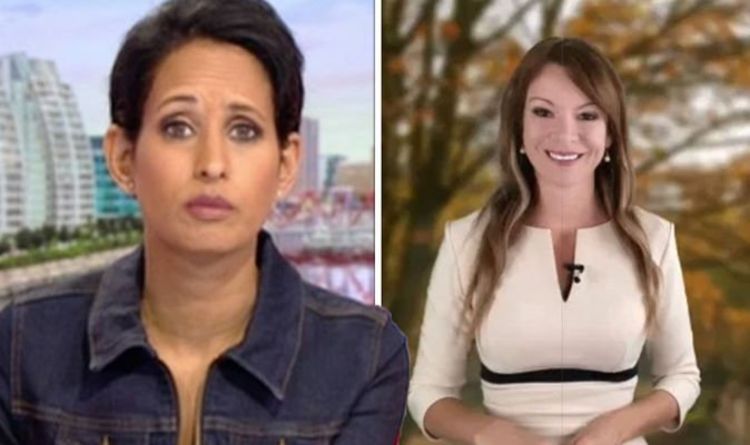 Naga Munchetty, 46, took to Twitter to tease her BBC Breakfast co-presenter with a cheeky message. Elizabeth Rizzini shared her worries with her social media followers yesterday after the morning programme.

Elizabeth posted a picture of her and fellow BBC Breakfast star Naga in the same dress as she shared her concern.

She tweeted alongside the image: “Always a slight panic in the morning that @TVNaga01 and I will turn up for the same programme in exactly the same dress..”

Naga then couldn’t resist teasing her co-host in reply to the tweet.

The fitted denim number is belted with a zip running down the middle of it.

The dress is certainly a popular one as it appears to be the same one also worn by Lorraine Kelly on her show back in 2019.

While it doesn’t seem like the designer sells the exact dress anymore, they do have some similar ones.

This includes a tailored denim dress retailing at £179 currently.

READ  Ant McPartlin says 'life is too short' to hold a grudge against his estranged dad
Share on FacebookShare on TwitterShare on PinterestShare on Reddit
newsgrooveApril 2, 2021