Nadine Coyle speaks out on The Masked Singer's mystery Queen Bee – Is she behind the mask?


The Masked Singer UK viewers and judge Jonathan Ross suggested it is Nadine Coyle, 34, behind the Queen Bee outfit after a string of clues. But unfortunately for fans, the Girls Aloud star has denied she has any involvement on the show.

She discussed her new single and experience on I’m A Celebrity… Get Me Out Of Here! before the conversation swiftly turned on to ITV’s hit show The Masked Singer UK.

The show features celebrities singing in disguise behind head-to-toe costumes and face masks, which hide their true identities.

This Morning presenter Ruth queried the star about her being the Queen Bee performer.

Fans of the show are convinced it is the singer after one of Queen Bee’s clues revealed she “dances to the beat of her own drum”.

The singer released her single Beat Of My Drum back in 2011.

Queen Bee has also revealed she became famous from a young age, was “a wildcard” and the “joker of the pack”.

Fans and judge Davina have also suggested Queen Bee could be Jade Thirlwall from Little Mix.

In a VT last week, the mysterious celebrity said the phrase, “These wings are meant to fly”, which is a line featured in Little Mix’s hit single Wings.

The girl group released the single back in 2012 after winning the X Factor in 2011.

The Masked Singer continues tomorrow at 7pm on ITV. 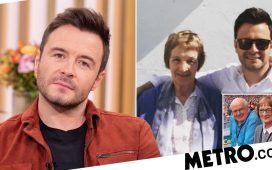 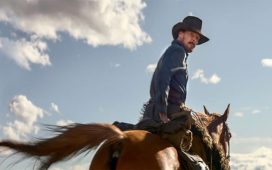