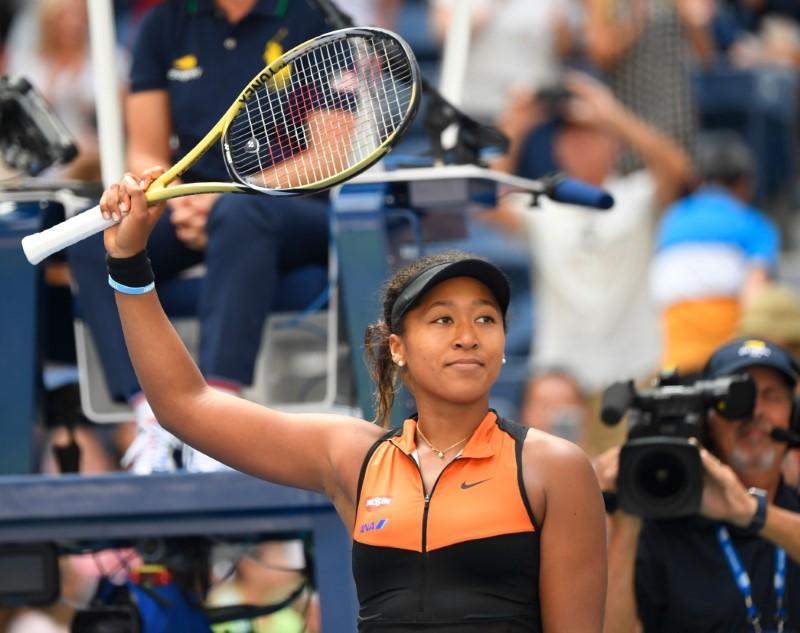 NEW YORK (Reuters) – All eyes will be on reigning champ Naomi Osaka on Thursday as she heads into the second round of U.S. Open, while three-times champion Rafa Nadal and newcomer Coco Gauff also return to court at Flushing Meadows.

Osaka will face off against unseeded Pole Magda Linette, who she defeated earlier this year on her way to her second Grand Slam title at the Australian Open.

“I feel like at this point everyone that I play is going to play really well, and I just need to learn how to cope with that and expect that going into the matches,” Osaka said after her first-round victory over Anna Blinkova.

Nadal, who last won the U.S. Open title two years ago, headlines Thursday night’s action on Arthur Ashe Stadium with his contest against Thanasi Kokkinakis, who he defeated in 2014 in their only matchup to date.

The 33-year-old Spaniard described the Australian wildcard as a “dangerous opponent”.

“He has a big forehand, big serve,” Nadal said. “I need to go on court and to play well. If not, (it) will be a very difficult match.”

Nick Kyrgios, facing an investigation after accusing the ATP of corruption following his first-round match, will cap off the day’s competition at Grandstand, facing off against French wildcard Antoine Hoang.

It will be a busy day on the outside courts as tournament organizers look to make up matches scuttled by Wednesday’s rainy conditions.

Teenage phenom Gauff, the most eagerly followed wildcard at the tournament, has again been awarded a spot on Louis Armstrong Stadium for her second round match against Hungarian qualifier Timea Babos.