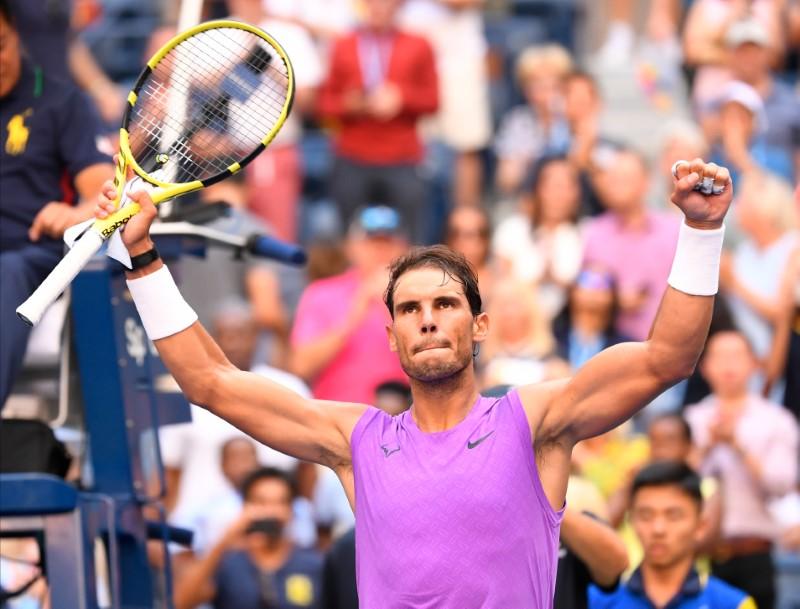 NEW YORK (Reuters) – Rafael Nadal cruised into the U.S. Open fourth round with a business-like 6-3 6-4 6-2 win over Chung Hyeon on Saturday.

The three-times champion took control of the match when he broke the South Korean’s serve in the first set to grab a 4-2 lead and never looked back on a sunsoaked Arthur Ashe Stadium court.

Next up for Nadal is a last 16-clash with 2014 champion Marin Cilic, who came out on top in his slugfest with John Isner on the Grandstand court.

Nadal had been on court for just over two hours prior to his third round match after defeating John Millman in straight sets on Tuesday before getting a walkover into the third round when Thanasi Kokkinakis withdrew.

The second seeded Spaniard, who has been hampered by troublesome knees throughout his career, did not wear his usual tape on his legs during the match.

“Tape is not working anymore,” he said with a smile during his on-court interview.

“I am happy to be playing on hardcourts and I am trying to play a little more aggressive.

Nadal said the key was to toppling an opponent like Cilic was holding serve and making the most of his opportunities when receiving.

“Chances are not a lot, so you need to be ready to expect a very tough one,” he told reporters.

“I need to be focused with my serve, as always. I need to be ready to accept the challenge that brings the competition in days like these ones.

“And I hope to be ready to play my highest level, because that’s what I am going to need.”