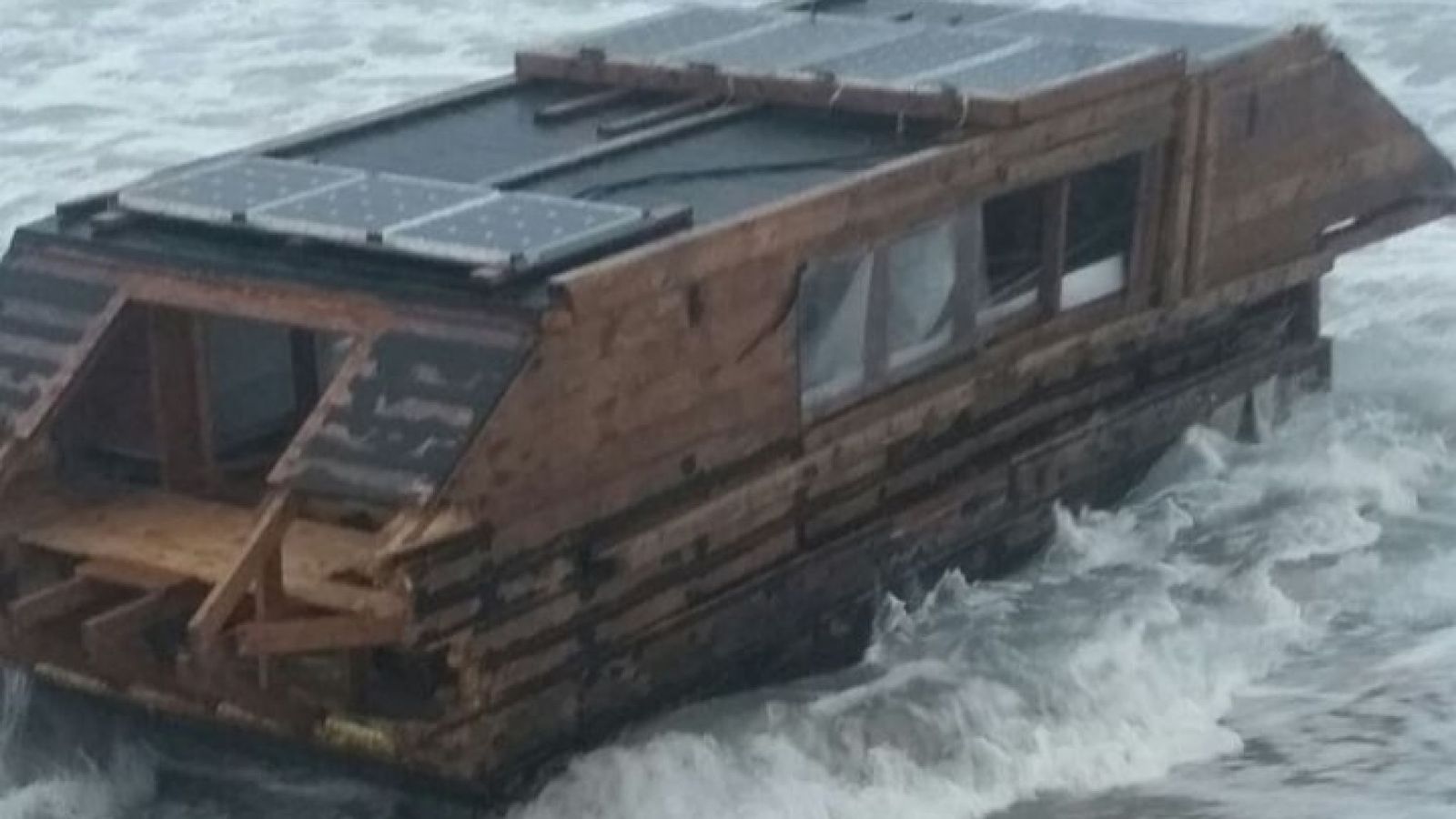 The mystery of who was behind a boat that washed up on the Irish coast after apparently coming from Canada has been solved.

The houseboat came ashore on Drum Beach, Belmullet, Co Mayo, in November 2016, with clues as to who made it but no signs of life.

The strange-looking craft had solar panels on the top but was badly damaged, despite still being afloat.

Inside was an inscription saying: “I, Rick Small, donate this structure to a homeless youth to give them a better life that Newfoundlanders choose not to do! No Rent No Mortgage No hydro”.

At the time, efforts to track down Rick Small provided futile and it was not known whether he was alive or dead.

It turned out the 62-year-old was a passionate advocate of solar technology and built the boat to highlight the danger of climate change to the Arctic.

His plan was to set sail from Newfoundland, where it was constructed, up the coast toward the diminishing sea ice.

But after his plan was scuppered by his failure to find an appropriate motor, for reasons not explained, he gave the boat to someone else.

He said: “I wanted to go from Newfoundland up around the Arctic and then come here (Victoria).”

He said he was pleased that the vessel had made it across the Atlantic, adding: “It didn’t sink, so it must have done a good job, hey?”

A statement on the Facebook page of Ballyglass Coast Guard, which was involved in searches when the houseboat washed ashore, said: “A good news story… Thankfully Rick was located safe and well… Mystery solved.”

The fate of the person he gave the houseboat to remains unknown.