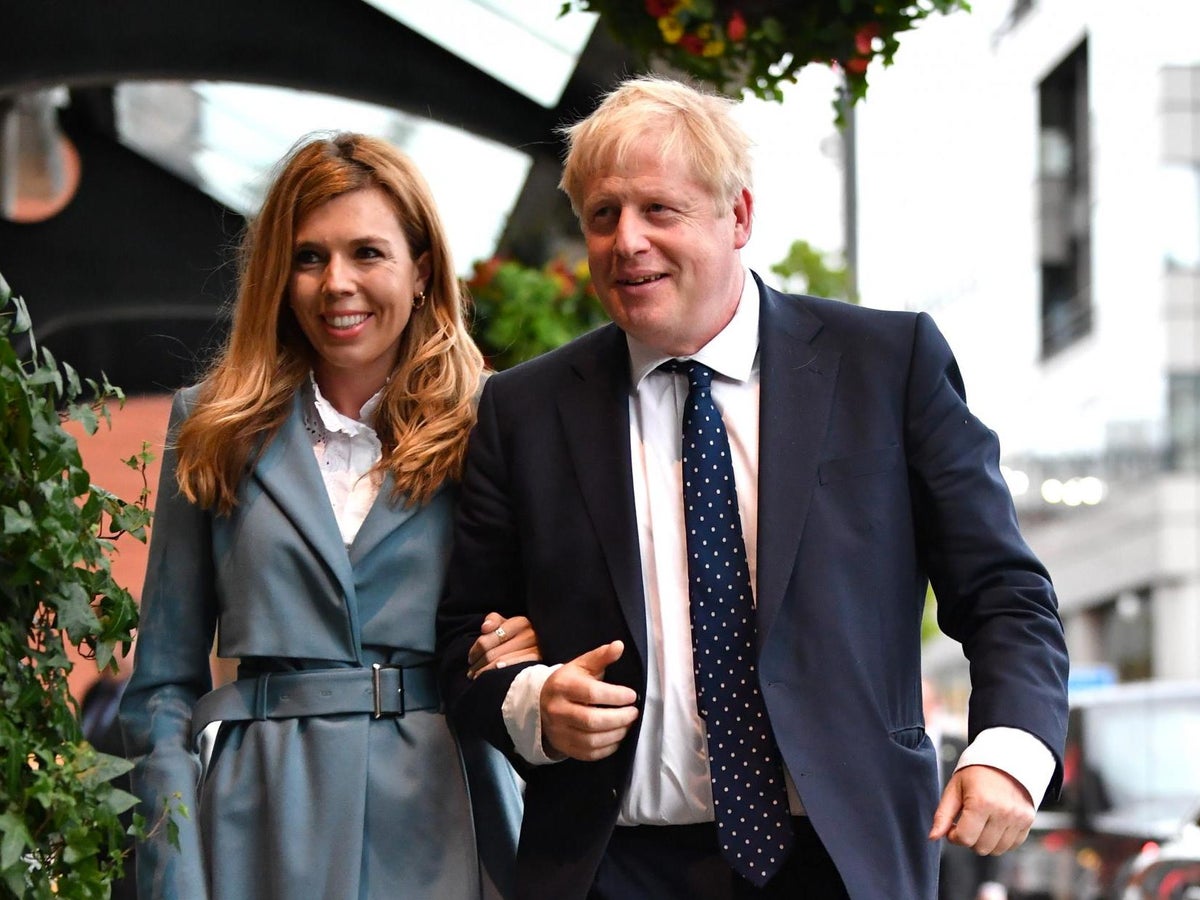 The mystery MP who walked in on Boris Johnson and then-girlfriend Carrie Symonds in an allegedly ‘compromising situation’ when he was foreign secretary is Northern Ireland minister Conor Burns, The Independent can reveal.

Downing Street said that Burns “flagged up” the couple’s relationship to Foreign Office officials after finding them “having a glass of wine together” alone in Mr Johnson’s Commons office as foreign secretary in 2018.

Mr Burns, one of Mr Johnson’s most loyal supporters, had a “sixth sense” that their relationship was “one to watch”, said a senior No 10 source.

Mr Burns raised the matter with Mr Johnson’s close aide Ben Gascoigne, who worked for him at the Foreign Office and is now No 10 deputy chief of staff.

On discovering Mr Johnson’s relationship with Carrie (then Carrie Symonds) as a result of Mr Burns walking in on them, Mr Gascoigne and other members of Mr Johnson’s Foreign Office team threatened to resign if Mr Johnson went ahead with a plan to appoint her as his £100,000-a-year Foreign Office chief of staff.

The Independent has also been told by other sources that Mr Johnson’s team discussed the possible risk to him of blackmail – or kompromat – as foreign secretary if any of Britain’s enemies learned he was having an affair.

In the event, they decided not to confront him over his relationship with Ms Symonds but successfully blocked his attempt to make her his chief of staff without informing him that it was linked to their belief, based on what Mr Burns had seen, that they were in a relationship.

The claim that Mr Johnson and Ms Symonds were found in a ‘compromising situation’ was first made in a little-noticed section of a biography of Carrie Johnson by Tory Lord Ashcroft earlier this year.

When the story resurfaced in The Times earlier this month it led to a political row when the paper dropped the story from later editions after No 10 intervened.

Amid wild speculation in the last few days over the nature of the alleged “compromising situation” and the identity of those said to have known about it, Downing Street has given its own version of events for the first time in a bid to close down the controversy.

The senior No 10 source, speaking on condition of anonymity, told The Independent that Mr Burns, at the time Mr Johnson’s parliamentary private secretary – a minister’s metaphorical “eyes and ears” – stumbled across him and Ms Symonds alone in the Commons:

“Conor did walk in on them. He saw two people sitting having a glass of wine whereby (one) may have concluded where the relationship was heading. He did not interrupt anything. It was a case of “why are they having a drink?” and “let’s have a word with Ben (Gascoigne)”.

“That is why he (Conor) thought it was something he needed to flag up. It was about a sixth sense that this was one to watch. The door was not locked. He didn’t barge in. He walked into where they had had a meeting earlier and they were still chatting.”

Mr Johnson and Ms Symonds’ relationship became public later in 2018 after his separation from second wife Marina was announced.

At the height of the “partygate” scandal, Mr Burns led the defence of Mr Johnson for attending a No 10 birthday party in his honour, which led to him being fined for breaking Covid lockdown laws. The MP played down the matter saying the prime minister had been “ambushed with cake.”

Mr Burns, 49, was appointed a trade minister when Mr Johnson succeeded Theresa May in July 2019. He had to resign from the post in 2020 and was suspended as an MP for a week after a parliamentary inquiry found he had made “veiled threats” to use privilege to “further his family’s interests” in a financial dispute involving his father.

He was given a second chance in September last year when Mr Johnson appointed him Northern Ireland minister.