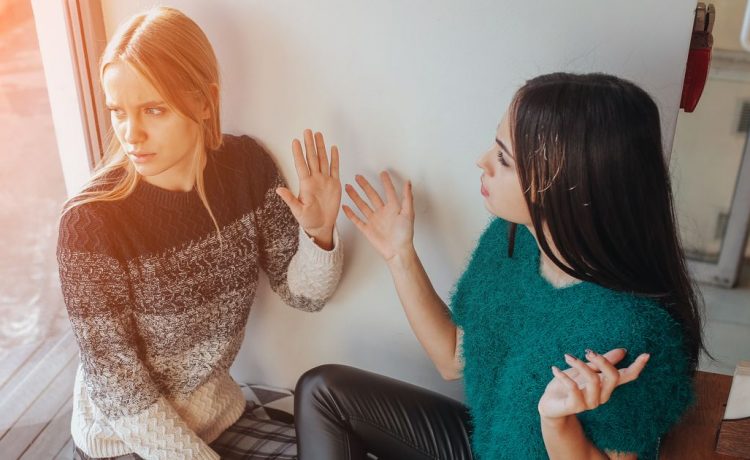 When it comes to choosing a baby name, parents-to-be spend a lot of time thinking about it.

From scouring the internet, trawling books and whiling away hours discussing options with your partner or family, there’s a lot of places to be inspired by.

You may have even taken advice from a family member -or at least pretended to consider it.

But most people wouldn’t give their child a name that a close family member has.

One woman was left open-mouthed after her cousin did exactly that – and took to Reddit for advice.

The fed-up relative explained on the forum ‘Am I the A**hole?’: “So for obvious reasons, names are made up.

“But I’ve just had a little girl almost a year ago, and before we knew the gender when asked what we would name her, we knew we wanted ‘Sam’, so either ‘Samantha’ for a girl, or ‘Samwise’ for a boy.

“My cousin found out she was pregnant way after we knew the gender and had settled on the name, and suddenly she is naming her BOY Samwise.

“As you can see, Samwise is NOT a common name. But it WAS the one we discussed at length with the family beforehand. Is it alright that I’m super uncomfortable and feel like she’s “stolen” my baby name?

“Like if nothing else, isn’t it rude to now have two children in the family that will have the same nickname (Sam)?

“Please, I just need validation or closure. Because I can’t tell her not to use the name. Especially when she’s already made beanies and baby room decor with the name.

“But honestly if I don’t talk about this, there’s a good chance I’m never going to family get-togethers with her and my Samantha because I cannot stand that kind of confusion and the backstory.”

In a comment on the post, she wondered if her cousin had ‘stole’ the name as an act of revenge.

She wrote: “I really hope this isn’t some sick and twisted way of punishing me for telling people I realized I was pregnant while attending her wedding. It’s not like I took a test.

“Some random person just mentioned my chest was bigger, and it started me thinking cause I hadn’t been trying. But she might be that petty and honestly, this train of thought makes me feel really bad for her kid.”

Lots of people agreed with the woman that her cousin was acting unreasonably.

One person commented: “Wow that’s so beyond rude!!! I don’t know if I would’ve handled this as well as you. She’s horrible!”

Another said: “Your cousin is f****** shady for stealing the name that you were going to name your child.”

A third added: “I’d get a dog and name him Samwise. I would for real tell her that was messed up.”

What do you think about the argument? Let us know in the comments.