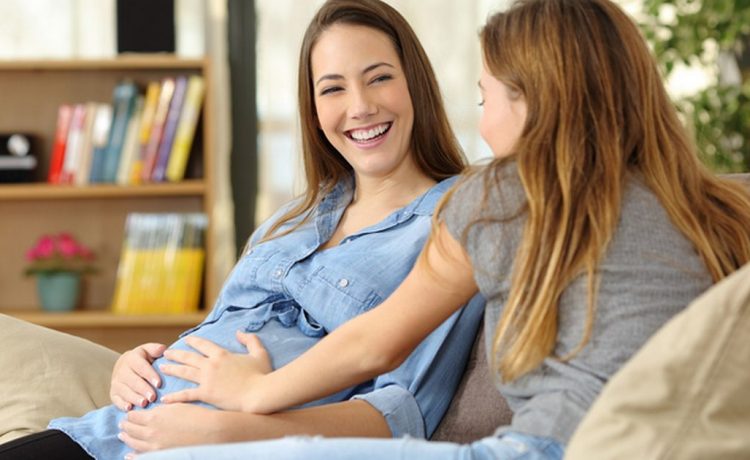 A mum has revealed she doesn’t like the “ridiculous” name her friend chose for her baby.

In an anonymous post on Mumsnet, the woman explained that her friend has recently given birth and announced the name she’d chosen in a Whatsapp group of their friends.

She added: “It’s very unusual. Personally, I don’t like it. To be honest, I more than don’t like it and think it’s a ridiculous thing to call a child.

“We all congratulated her and said he’s gorgeous (which he is!) etc but none of us have passed comment on the name.

“She’s messaged me separately asking if the name is a bit much,” later adding: “The name is Navy-Lee. Very common surname – think Smith or Jones.”

She asked whether it would be wrong of her to tell her the truth “gently,” and users were divided as a few people said she should stay quiet.

One person said: “Just tell her you love the name!”

Whilst another suggested: “Say something like ‘if you love it then great. I wouldn’t have chosen it but it’s not my baby.'”

As a third added: “I was bracing myself but I don’t think it’s terrible. Unusual and not to my taste but not horrendous.”

But others thought it wouldn’t be fair to the baby to grow up with a name like that.

One person wrote: “I would, I don’t believe in lying to friends and a child has to live with their name until 18 when they can change for themselves if they like. By then though, the bulk of their qualifications etc will show it.”

Another Mumsnet user commented: “I wouldn’t have mentioned it generally, but if she’s specifically asked I wouldn’t outright lie. I’d be diplomatic though.”

And: “What a stupid name to give a poor child. It will be teased all of its life,” thought someone else.

What do you think the woman should do? Let us know in the comments.