The reader said: ‘I’m 22, but I have a younger sister who’s 15, so I think she was a reason for him wanting to try to keep the family together’ (

My dad had an affair, which broke up his marriage to my mum.

It’s been a horrible time – he actually came home a few times because I think he felt very guilty and they tried to make it work, but he’s ended up going back with this woman.

I’m 22, but I have a younger sister who’s 15, so I think she was a reason for him wanting to try to keep the family together.

My mum has been broken by it and hates his guts and won’t even let us mention the name of his girlfriend.

My problem is, the girlfriend isn’t a nice person at all – she’s controlling and we never get to see our dad on our own.

She’s literally always there, keeping an eye on things.

Sometimes we invite him to things, but he makes the excuse that his girlfriend can’t be there, so he can’t make it or says she doesn’t want to come.

It’s truly pathetic that he won’t stand up to her on this, especially when it comes to his own kids.

She’s a bit younger than him, but not young enough to be behaving the way she is.

She doesn’t have kids of her own, so maybe she just doesn’t get it.

We’d love any advice you can offer.

It sounds like she’s very insecure and perhaps she doesn’t understand what a huge deal it is to be apart from your kids.

She might even feel threatened by you and your sister because she knows your dad will put you first.

However, if she wants to stay with your dad, she absolutely has to get her head around the fact that you will always be in the picture and a huge part of his life.

Perhaps the thing to do is insist on a meeting with your dad alone and explain that while you’ve accepted he’s with another woman, you need to maintain your relationship with him and that shouldn’t be dictated by her.

It might help to have regular times when you see your dad, then everyone knows where they stand and what to expect for these meetings.

Your dad is the one who needs to step up and explain to his girlfriend that time with his kids is non negotiable and that they need a way to make this new arrangement work so everyone feels happy and secure.

In the meantime, make sure you’re supporting your mum, who sounds like she could do with a confidence boost. 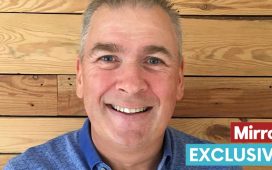 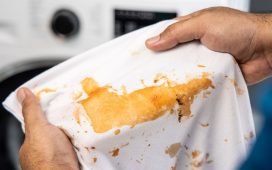