The dilemma My partner and I have been separated by Covid for many weeks. I am living in our home, while he has moved out and is looking after his disabled adult daughter. The agreement was that when his daughter went back to her mother, he would return home.

However, the date seems ever-changing. Last week, this week and now next week. This is all down to his high anxiety regarding Covid. First, he delayed coming home because my son, who had recently had the virus, came for the weekend. He then delayed again because my son had met a friend so there could be infection on surfaces in the home for 28 days.

I am now thinking he won’t come home until we’ve all had the vaccine. I am cautious, but try to have some company and joy while mitigating the risks. He, basically, wants me to stop all activities. I have already given up things I would otherwise do due to his anxiety – and he isn’t even here.

He is utterly clear that he will lock himself away for six months if necessary, convinced that if he gets it, he will be ill long-term or die.

He loves me and would rather be here, but only if I agree to a personal lockdown. We cannot find a way forward and this is not doing our relationship any good at all.

I think he is way over the top; he thinks everyone else is negligent and mildly insane.

Mariella replies How timely. And what a complicated game this Covid business has turned out to be. As much as it’s prompted many of us to consider our health, make changes to our lifestyle and establish what we value in our lives, it’s also caused rifts and seismic shifts in relationships. I look back now on the first lockdown as a simpler time – a halcyon, honeymoon period, when as a nation we were united in our efforts to combat the disease, save the NHS and hunker down for the sake of our families, neighbours, communities and country.

READ  How we met: 'We were being fired at by a sniper'

Those were the long and sun-soaked days when we inadvertently discovered the pleasures of putting normal life on pause. For many of us, the experience, though fraught with practical worries, was a positive one in terms of reconnecting with family and a less frenetic lifestyle. We had the furlough system, the less widespread support for the self-employed and most importantly the belief that the disease could be contained and the knowledge that we were doing what we could for the greater good.

Now, like so many mass movements, that unifying sense of principle seems to have disintegrated and we’re back to the scrappy dog-eat-dog mentality that too often defines us as a species. Our strength of purpose has dwindled and died and instead we have split into self-serving factions, paying lip service to the rules while interpreting them to suit ourselves. It’s no compliment to how things have been managed that we’ve so swiftly lost our sense of unity, but, as history proves, it was ever thus; things have just speeded up somewhat here in the 21st century. Where we’ve barely survived with discipline intact for six months, the war generation kept it together for six years – proof if it were needed that we are definitely made of less stern stuff. Which brings me to your partner and the choices he’s making with regards to your relationship.

It’s to his credit that he has devoted himself to looking after his daughter, and with responsibility for a vulnerable child at the forefront of his mind it’s also no wonder that he’s taking such great care to avoid exposure. Nobody wants to be the selfish person who “killed Granny”, as the government so subtly put it in one of their less-well-advised propaganda campaigns. But, less favourably, there is also the clarity during difficult times to see people as they truly are, or at least what they reveal themselves to be under pressure. Your partner is not prioritising you, that’s for sure, and his way of coping with the pandemic may be prompting you to think less favourably about his character. However, these are tricky times and forgiveness needs to be top of our agenda.

READ  Finally the law understands how sexual consent works. When will the rest of us catch up?

Your choices at the moment are limited, so inaction seems to me to be the best form of action right now. Living with this man’s level of defensive paranoia might drive you to the edge of sanity, so agreeing to his version of lockdown sounds quite onerous. I’d settle for continuing with your own life, making the choices that you are comfortable with and focusing on the day when life as we’ve previously known it can resume.

It will offer you a period in which to consider whether, if your individual positions on how to live continue to be as divided as they are now, there is enough common ground for you to stay together. That’s for the future, though. Right now, getting along without major mishap, making allowances for our own and other people’s idiosyncrasies and trying to stay sane should be enough to keep all of us busy.

The idea of having a baby scares me. What if my child is horrible? | Dear Mariella

Blind date: ‘I realised my questions were getting a bit intense’

Is working in bed ruining your sleep and sex life? Here’s how to fix it

How we met: ‘A fortune teller told me how I would meet my partner. She was right’ 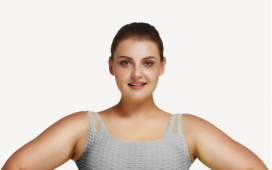 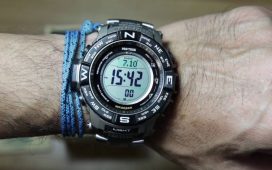 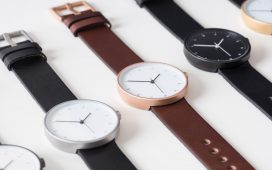 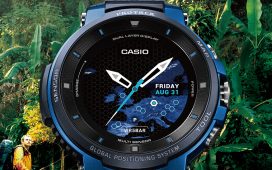